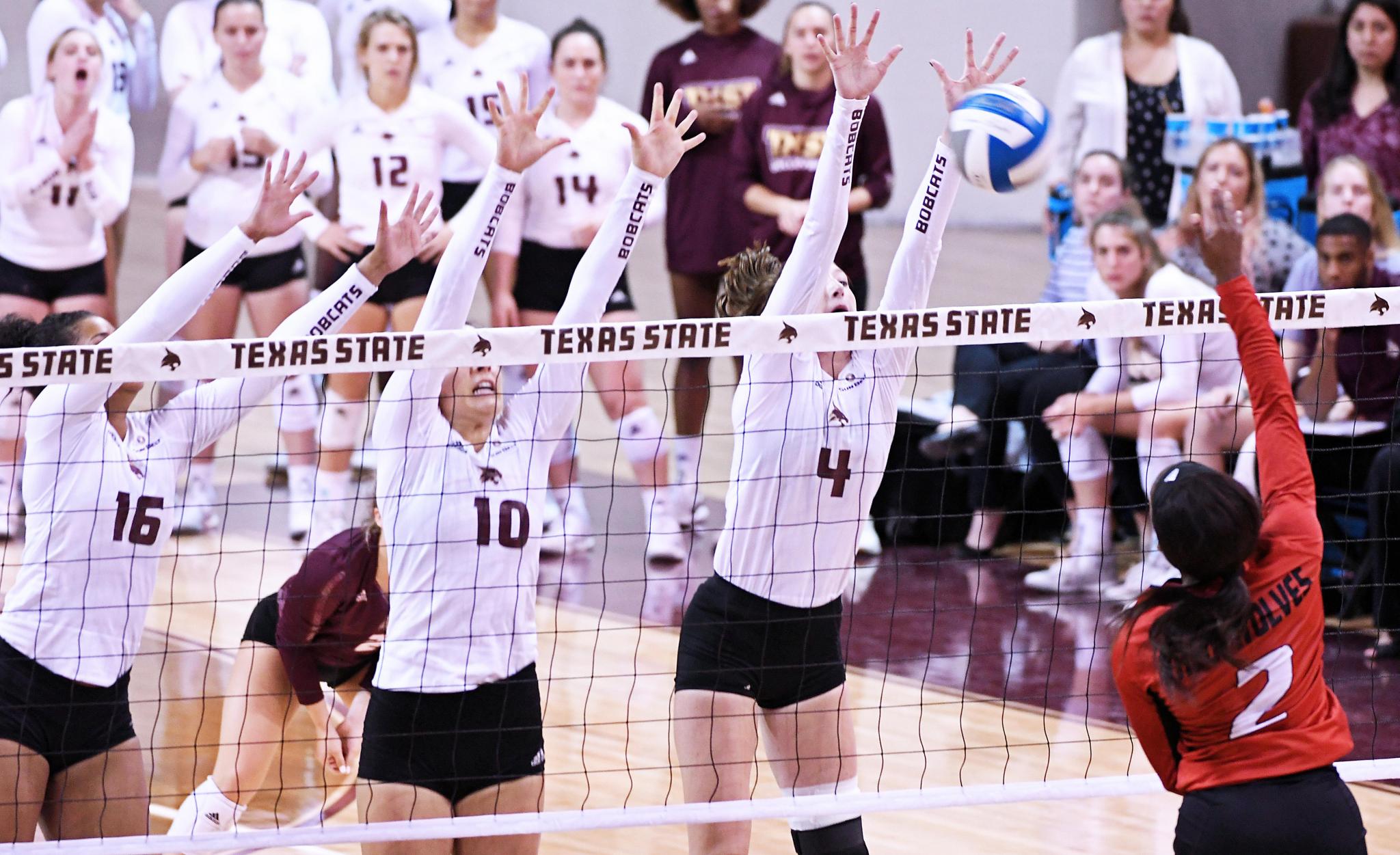 The Bobcats saw themselves hold a 16-8 lead midway through the second set. Texas State cruised its way to a 25-14 victory in the second frame to take a 2-0 match advantage.

Georgia State gave its best fight in the third frame. Early in the period, the Bobcats and Eagles had five ties. But Texas State used an 8-2 run to grab a 16-10 advantage. The Bobcats were leading 20-13, but the Panthers fought back to get within 23-21. Texas State, however, halted Georgia State’s run and claimed the third set 25-21 to win the match.

Texas State has a challenging weekend ahead against the top two teams in the Sun Belt East Division. The Bobcats take on Appalachian State (12-5, 4-1) on Friday at 6:30 p.m. inside Strahan Arena. Texas State ends the weekend against Coastal Carolina (4-7, 3-0), the two-time defending Sun Belt champions, on Saturday at 6:30 p.m.