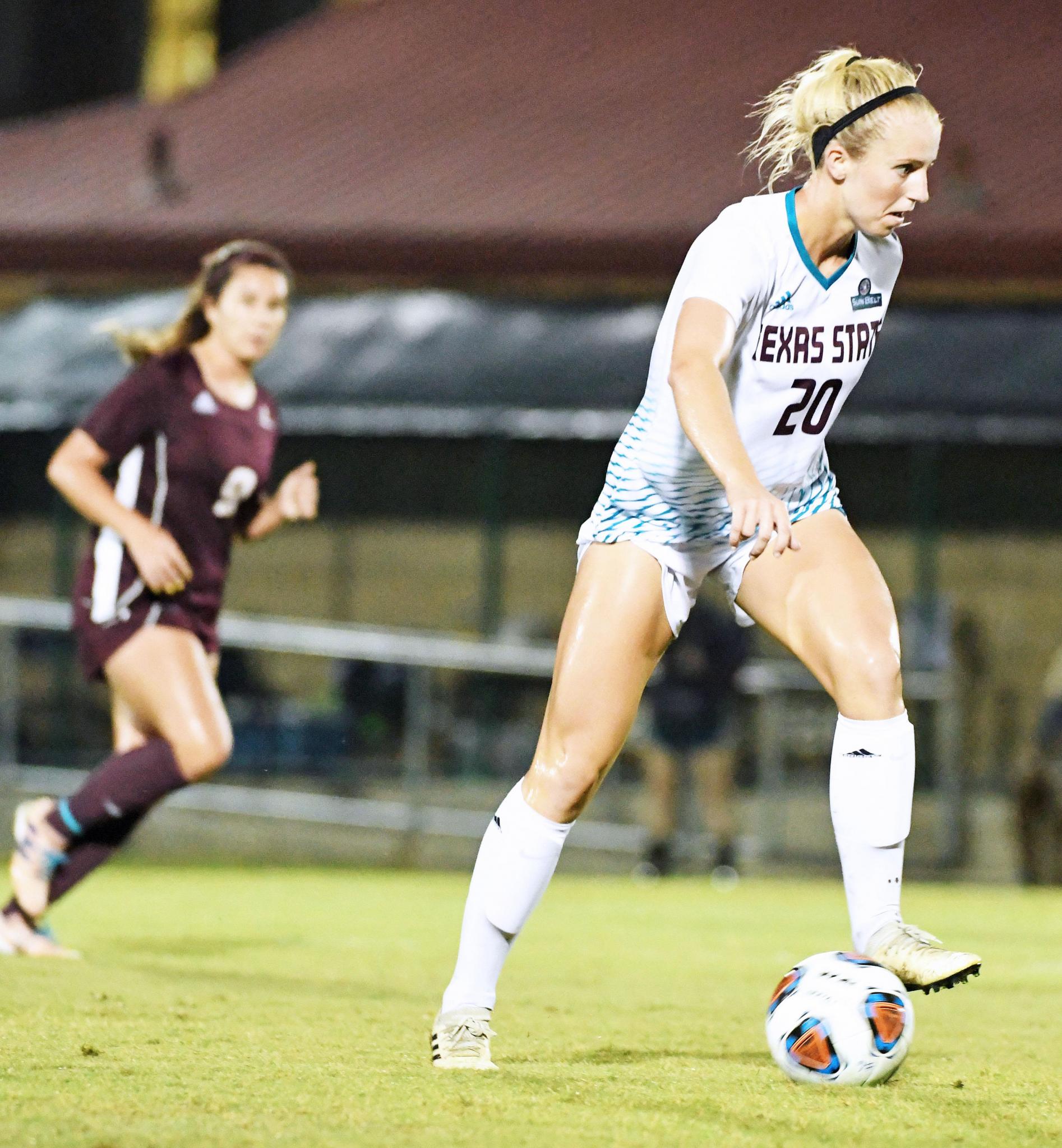 Texas State is expected to repeat as the Sun Belt regular season champion in 2019 after posting an 8-0-2 record against conference opponents.

The Bobcats were voted as the No. 1 team in the league's preseason Coaches Poll, released on Thursday, receiving 108 points with six first-place votes. The team was followed by second-place South Alabama with 103 points and one first place vote and third-place Little Rock with 98 points and two first-place votes.

Senior forward Kaylee Davis was named the 2019 Preseason Offensive Player of the Year. Davis was placed on the 2019 Missouri Athletic Club (MAC) Bob Hermann Trophy Watch List last week, an award annually presented to the top male and female collegiate soccer players in the country. Davis scored 18 goals in her junior season, tied for the most in school history and good for third-most in the NCAA. The Allen native's efforts earned her a spot on the 2018 All-Sun Belt First Team as well as Player and Offensive Player  of the Year titles.

Kondikoff played more minutes than any other Bobcat in 2018 with 1,750 under her belt. The Mesquite native scored two goals in 2018 while dishing out five assists, tied for most on the team with Turman.

Turman joined Davis and Martin on the 2018 All-Sun Belt First Team while flexing her versatility last year. Turman, also from Allen, played at forward, midfielder and defender at different points of the season.

This is Everett's first appearance on a Preseason All-Sun Belt team. The junior from Austin helped the team secure 10 shutouts last year while picking up all-conference Second Team honors.

Texas State will head to Waco for an exhibition match with Baylor on Aug. 17 at 7 p.m. The 2019 season officially kicks off inside Bobcat Soccer Complex on Aug. 23, when the team hosts Incarnate Word at 7 p.m.