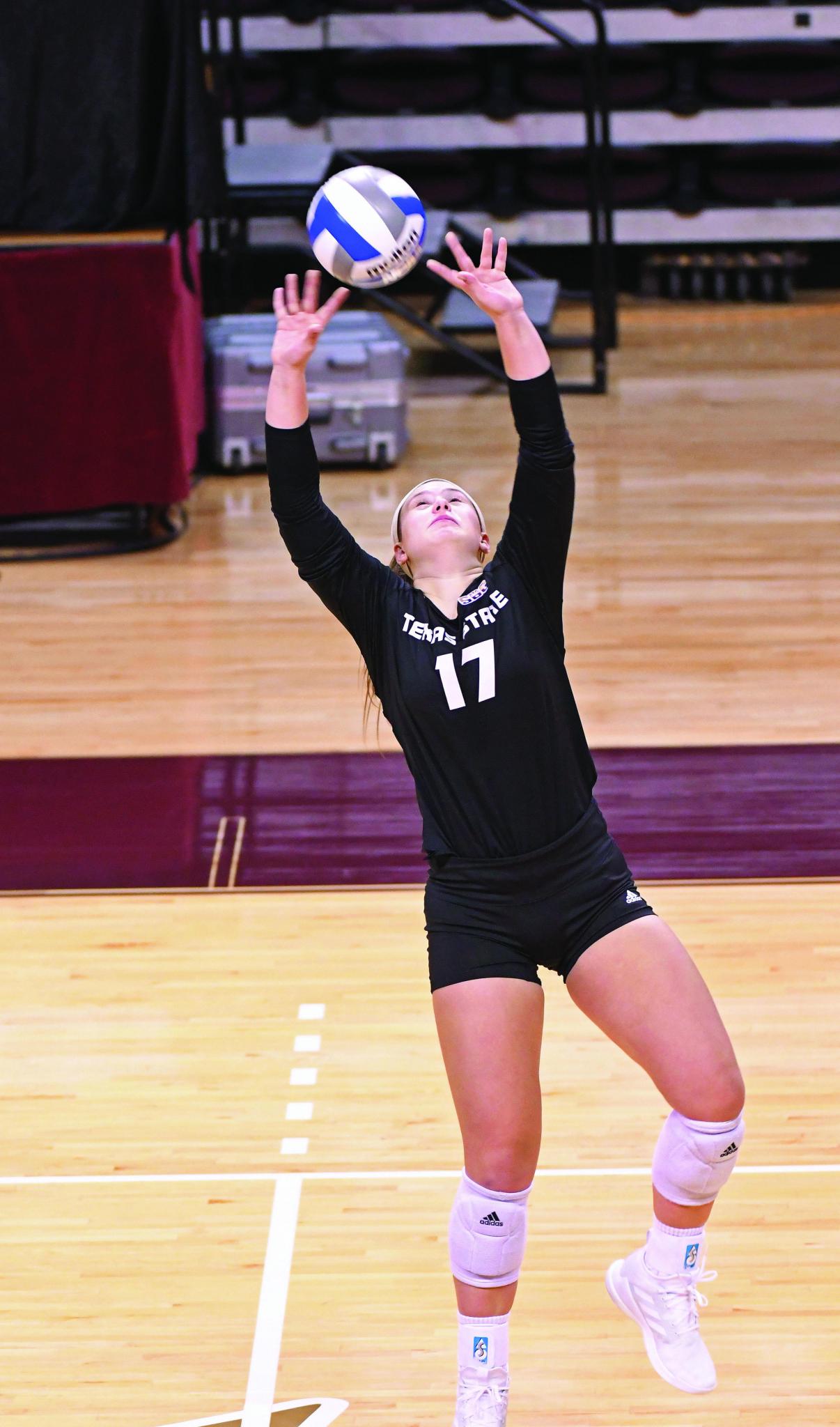 After suffering its first loss in conference play to UT Arlington on Saturday, Texas State bounced back with a 3-0 (25-18, 25-14, 25-17) sweep of Louisiana-Monroe in the first Pool C group play match of the Sun Belt tournament in Foley, Alabama.

The Warhawks (1-21, 0-16 Sun Belt) suffered a crucial blow early in the match as redshirt senior outside hitter Haley Coulter, the team’s leading scorer this season, rolled her ankle in the first set and did not return for the rest of the match. The Bobcats (21-2, 15-1) took advantage, posting a .311 hitting percentage while holding ULM to a .116 mark. Texas State also punished the Warhawks with strong serving, earning eight aces.

Senior outside hitter Janell Fitzgerald led the maroon and gold with nine kills in the match, followed by sophomore middle blocker Jillian Slaughter. Junior setter Emily DeWalt notched a double-double with a team-high 26 assists and 13 digs. Senior middle blocker Tyeranee Scott, who missed the last two matches with a minor injury, returned to produce three kills, one dig and one ace.