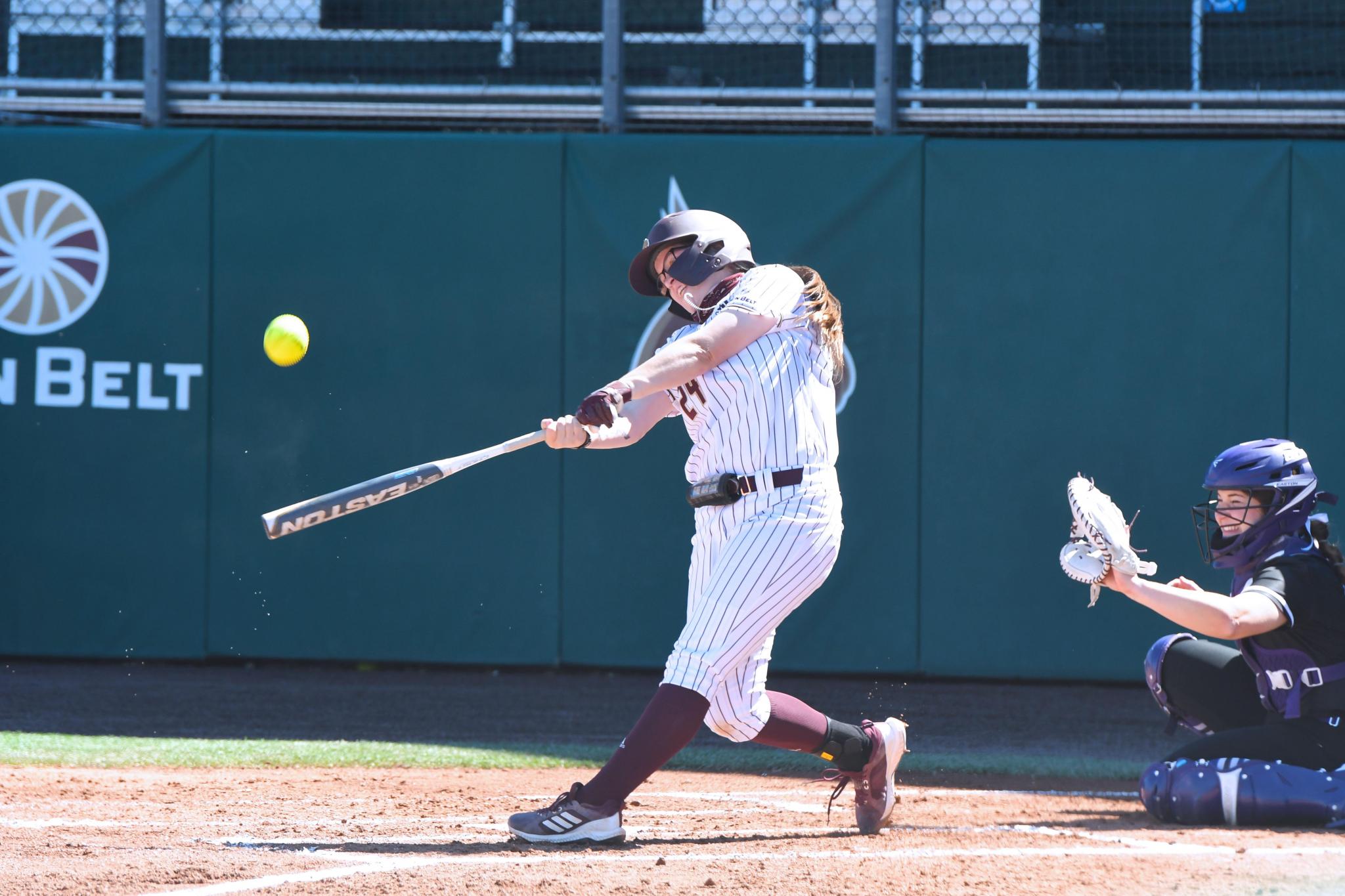 Texas State was up 6-0 in the bottom of the sixth inning of its home game against Tarleton State Tuesday, but Ricci Woodard wasn’t satisfied.

The Bobcats struck out in their last two plate appearances of the fifth inning and went down swinging again to start the sixth. The head coach had seen enough.

“We can’t go up there and not swing at good pitches in the zone and attack,” Woodard said. “I challenged them a little bit to kind of get back into doing the small things right so that we could make sure we’re getting better instead of just playing to where we needed to competition-wise. And so, I felt like we did a good job of finding our groove again there in the last inning and figuring out how to win a ballgame right there at the end.”

It was the second big hit of the night for the No. 11 slugger in the nation. Vanderford got the maroon and gold on the board in the first inning, following up a single by freshman left fielder Hannah Earls with a home run over the left field fence.

“When she gets the ball in the zone, she’s gonna attack it and that’s the thing I like about her mentality right now,” Woodard said of Vanderford. “And so, I think she’s done a good job with that consistently this year. You asked about consistency and there’s a kid that’s been very consistent for us because she does that, she attacks good pitches.”

The hosts added onto the lead in the next two frames. Junior designated player ArieAnn Bell and sophomore catcher Caitlyn Rodgers both drew walks in the second inning and freshman third baseman Baylee Lemons cleared the bases with a homer to centerfield.

Vanderford was walked to lead off the third inning, stole second base, then advanced to third on a fielder’s choice. An error by Tarleton State (11-22) sent her home, pushing Texas State ahead, 6-0.

But the Bobcats got on base just one time in the next nine plate appearances — a walk by Lemons in the fourth inning — sparking Woodard to speak up in the sixth. Rogers and Lemons were both walked and an error and a fielder’s choice moved two runners into scoring position. Vanderford finished the game off by bouncing the ball over the right field fence for a ground-rule double, ending the game at 8-0 in the bottom of the sixth.

“I mean anytime you got Vanderford up with the bases loaded, you know you’ve got a pretty good chance to win a ballgame,” Woodard said. “So you know, our fast kids did a good job tonight of getting on the base path for us and when that happens, we usually have a chance to put runs across.”

Freshman right-handed pitcher Jessica Mullins earned her 10th win of the year, striking out five while allowing just one hit, no walks and no runs in 4.0 innings of work.

Texas State (21-3, 5-0 Sun Belt) continues conference play with a doubleheader on Thursday, hosting Coastal Carolina (8-13, 1-5) at 5 and 7 p.m. inside Bobcat Softball Stadium The teams will finish off the series on Friday at noon. Woodard hopes her team can keep finding ways to improve amid a 14-game winning streak.