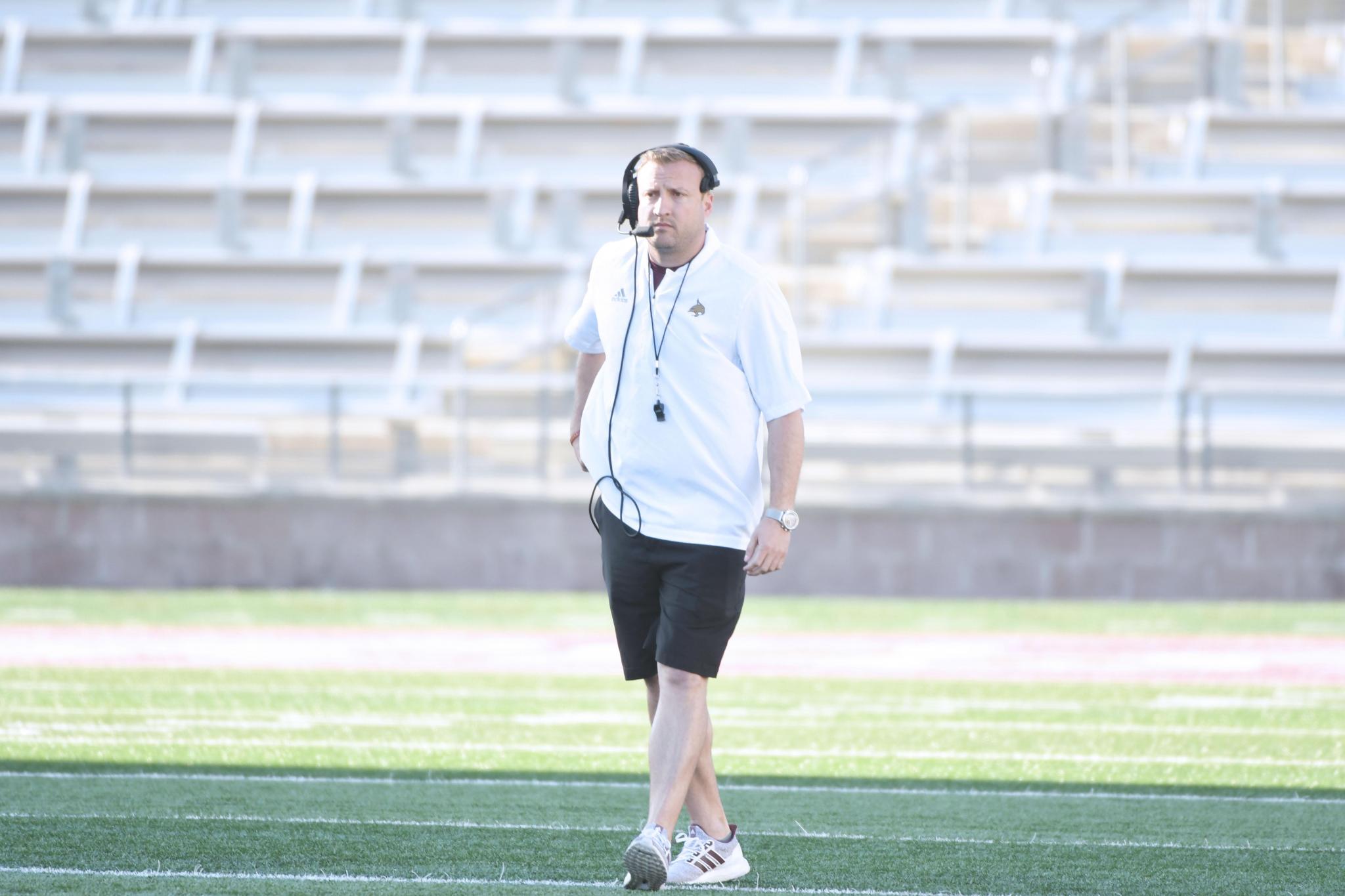 For the second year in a row, Texas State was voted to finish in fifth place in the West Division and ninth overall in the Sun Belt Conference Preseason Coaches Poll, the league announced Thursday morning.

The Bobcats earned 16 points in the poll with no first-place votes, three points ahead of 10th-place Georgia State. The team was selected at the same spot in 2018’s poll but did receive three additional points this year.

Appalachian State and Louisiana are expected to win the East and West Divisions, respectively, garnering 46 points each. The Mountaineers were predicted to win the conference championship, though, with seven first-place votes to the Ragin’ Cajuns’ six.

The Bobcats are coming off a 3-9 season in which they tied with the Panthers for the worst conference record at 1-7. The 2019 campaign begins on Thursday, Aug. 29, against Texas A&M in College Station, kicking off at 7:30 p.m.