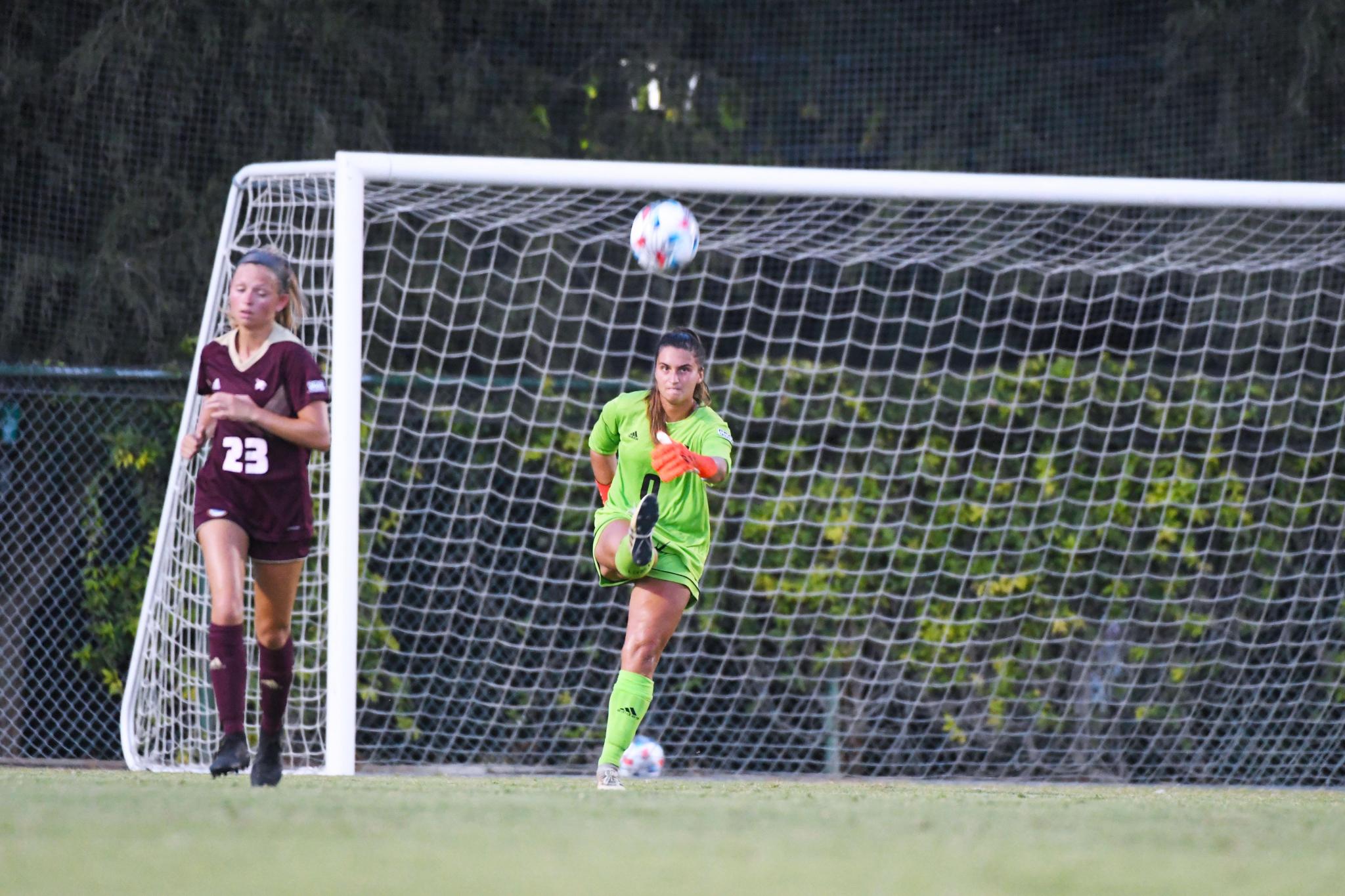 Texas State dominated in its final non-conference match of the season, shutting out Texas A&M Corpus-Christi inside Bobcat Soccer Complex on Sunday, 4-0.

“Corpus came at us a little bit and our defense held firmly,” head coach Kat Conner said. “And of course then, we picked it off, got a couple quick counters on them and I think that just kind of made our confidence grow.”

The maroon and gold outshot the Islanders during the contest, 28-8, and placed 12 of their attempts on goal.

The first to reach the back of the net came with 10 minutes left in the first half. Senior midfielder Hannah Solano sent a cross into the box from the right side to sophomore midfielder Haley Shaw. The ball was passed back to senior Ally Kewish, who sent it into the goal from 20 yards out for the first score of the game.

“It felt great because I knew once it happened we were finally going to get momentum,” Kewish said. “And that’s exactly what happened.”

Eight minutes later, Shaw sent a pass to sophomore forward Olivia Wright near the six-yard box, who cashed in with another goal just before the end of the half, putting TAMU-CC (2-4-1, 0-0-1 Southland) behind, 2-0.

Sophomore Mya Ulloa was fouled just as the second half began, awarding Texas State a free kick near goal. Junior defender Kamaria Williams launched the ball toward the right post, where junior forward Kiara Gonzales headed it in to extend the lead, 3-0.

Ulloa sealed the match for the Bobcats a few minutes later, taking a through ball from Gonzales and sliding it past the keeper in the bottom right corner, taking the 4-0 victory.