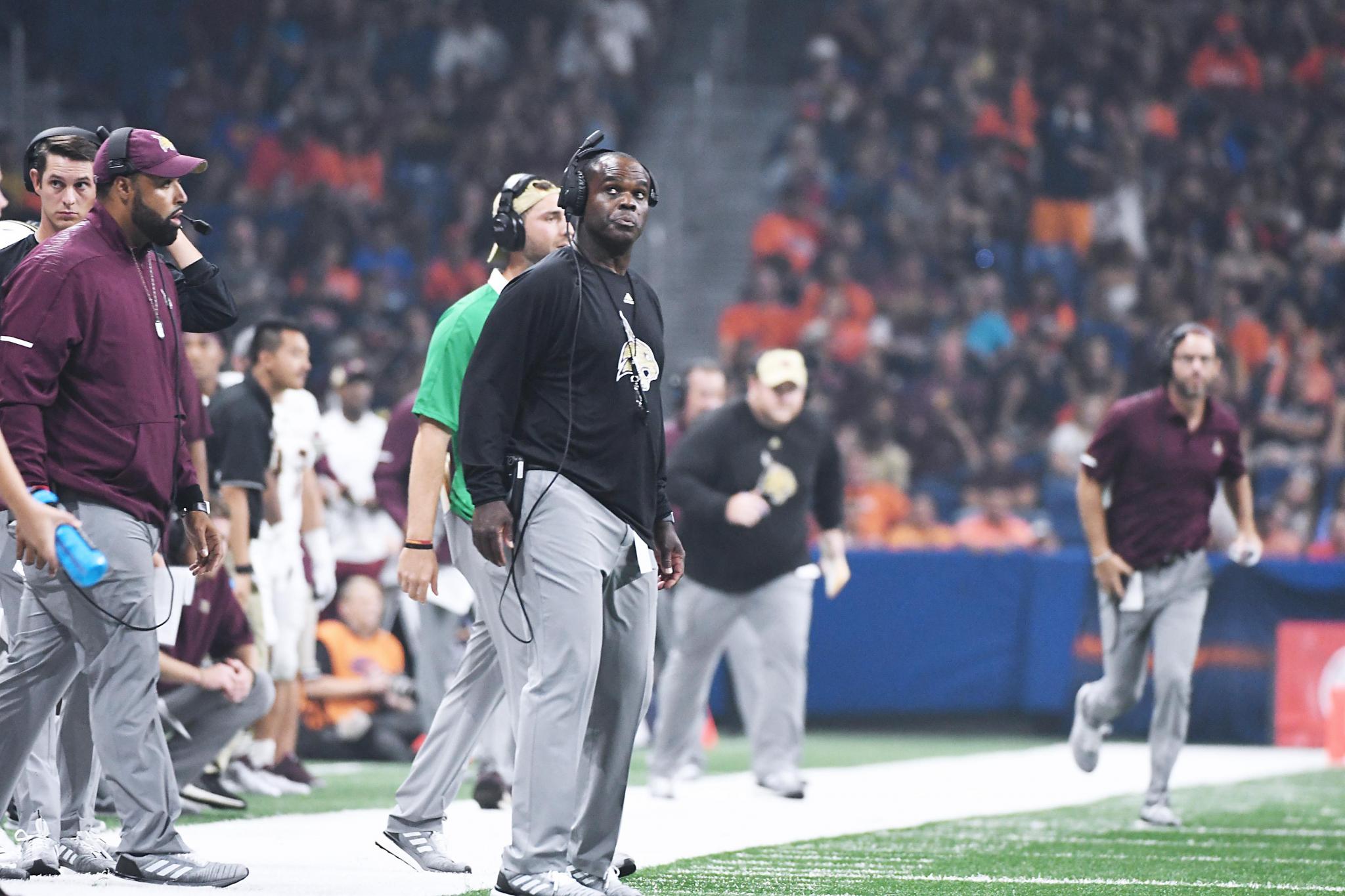 Texas State had its bye week last week and head coach Everett Withers believes it came at a perfect time.

Withers said the break gave the Bobcats an opportunity to rest and rehab through four games this season.

“You know, we’ve got to pick it up and learn from our mistakes and work on what we did wrong, and work on the technique and little things,” Brown said. “Fix the double negatives we have and just work on getting better.”

Withers also said the bye week allowed Texas State to evaluate itself and prepare for two games in the span of 10 days — Louisiana on Saturday and Georgia Southern on Oct. 11.

When evaluating the offense, Withers said the Bobcats are doing things well, but also need to make improvements going forward.

“I think we’re getting the ball to particular players really well,” Withers said. “...We found ways to get (Keenen Brown) the ball. I think we’re executing some things well. What’s been hurting us are the big, big double-minus plays. You know, we’ve got to eliminate that. You know, when I watch the offense there’s not a whole lot of total bust and breakdown. So, we’re doing things well. We want to be able to run the ball better, we’re not doing that. Last week (against UTSA), we weren’t really into the ballgame of running. We were trying to throw it. But we’ve got to get back to that identity. We still want to be able to run the ball and be able to play-action and take shots down the field just like every offense in America does for the most part.”

On defense, Withers said there are things the Bobcats need to get better at as the season progresses.

“I’m not satisfied at (the run defense), you know, the way it’s been,” Withers said. “I think we’re doing some things, and again, we’ve got some older guys up front and in the front seven so we ought to be able to master what we’re doing defensively. We’ve got to tackle better in space. We’ve got to leverage the football. We’ll have a big challenge this week. We’ll see where we are in run defense this week with probably the best (running) back (Trey Ragas) in our league so far. So, we’ll have chance to gauge ourselves. And they’ve got big, tall receivers that they love to throw the ball up to. So, we’ll find out where we are defensively after this ballgame.”