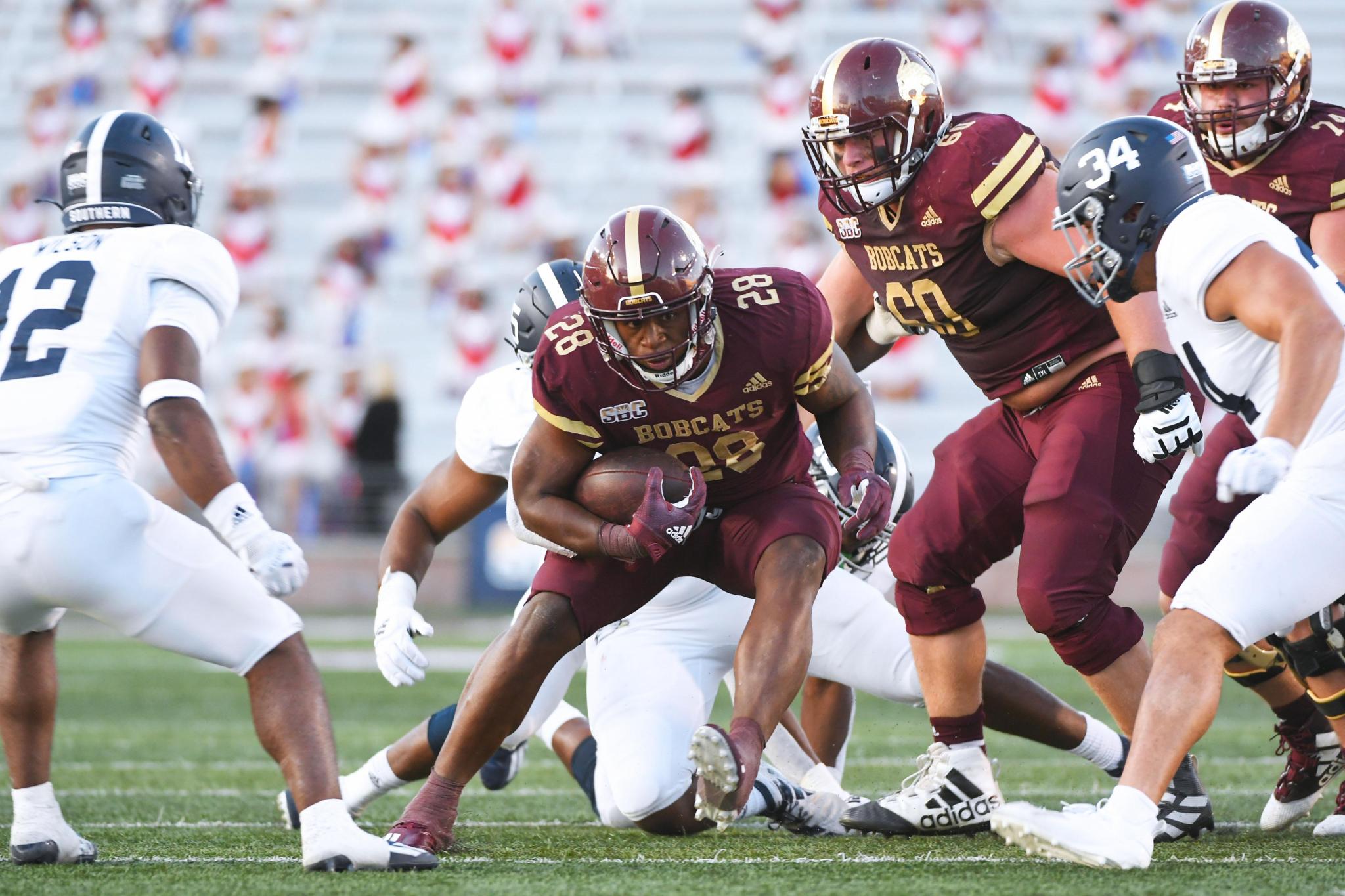 Jake Spavital’s head is still reeling from the flow of Saturday’s 38-30 loss to Georgia Southern.

It was a game that featured two blocked punts, another punt that sophomore Seamus O’Kelly chose not to kick resulting in a negative-15-yard carry, a blocked field goal and four fumbles — including one by Texas State that came after scooping up the blocked field goal. It was uncharacteristic for a special teams unit that Spavital considers to be extremely consistent.

“We've talked about minimizing our mistakes. And you know, you look at that game, I thought we made plays, I thought they made plays. But at the end of the day, our mistakes are very catastrophic. And those are tough to overcome. And in order for our program to take next step, we've got to minimize those. We've got to play clean football, like I've talked about before, and we have to do it at a high level.”

Avoiding catastrophic mistakes will be crucial in Texas State’s next matchup, taking on reigning Sun Belt co-champion Coastal Carolina. The Chanticleers rarely turn the ball over, ranking third in the FBS with just seven lost this season. Two of the seven came in CCU’s game last week against Georgia State — a 42-40 loss that featured an interception and a lost fumble by senior quarterback Bryce Carpenter.

The Chanticleers haven’t been quite right without redshirt sophomore quarterback Grayson McCall, last season’s Sun Belt Player of the Year, who’s missed the past two games with an upper-body injury. Without him, the team scored 28 points in a win over Georgia Southern, the fewest for Coastal in any game this season, and suffered a loss last week, something the team has only done one other time this year.

McCall is one of the most efficient quarterbacks in the country, completing 73.4% of his passes for 2,063 and posting a touchdown-to-interception ratio of 17-3.

“He's pretty impressive. Like, he can run the ball extremely well, but what's more impressive to me is just his accuracy of how he throws the ball. You know like, the scheme is very unique, it's spread-option football,” Spavital said. “He understands the offense, he's got complete control of it. So selfishly, I don't want him to play on Saturday, but you know, I hope he's all right.”

McCall’s been deemed “questionable” for this week’s game, which means the Bobcats will have to prepare to see both him and Carpenter.

“If he plays this week, he’s not going to be 100% by any means,” Chanticleers head coach Jamey Chadwell told Danny Kelly of The Post and Courier on Wednesday. “But he’s going to be closer than he has been in a long time. These next couple days will be important to determine if he can go out and play.”

CCU’s defense ranks third in the Sun Belt allowing 325.6 yards per game. Spavital said junior quarterback Tyler Vitt will start again this week but that he expects redshirt sophomore quarterback Brady McBride to see the field some as well.

“I mean, obviously they both have their own strengths and what they do well. And again, I think going into it, we've got two games left and just gonna kind of feel it out,” offensive coordinator Jacob Peeler said. “So based on how the defense plays it kind of dictates a little bit of what you can see from those guys. But you know, again, we got a lot of reps with those two guys over the last two years, so I think we just go with our game plan and just kind of see how it goes from there.”