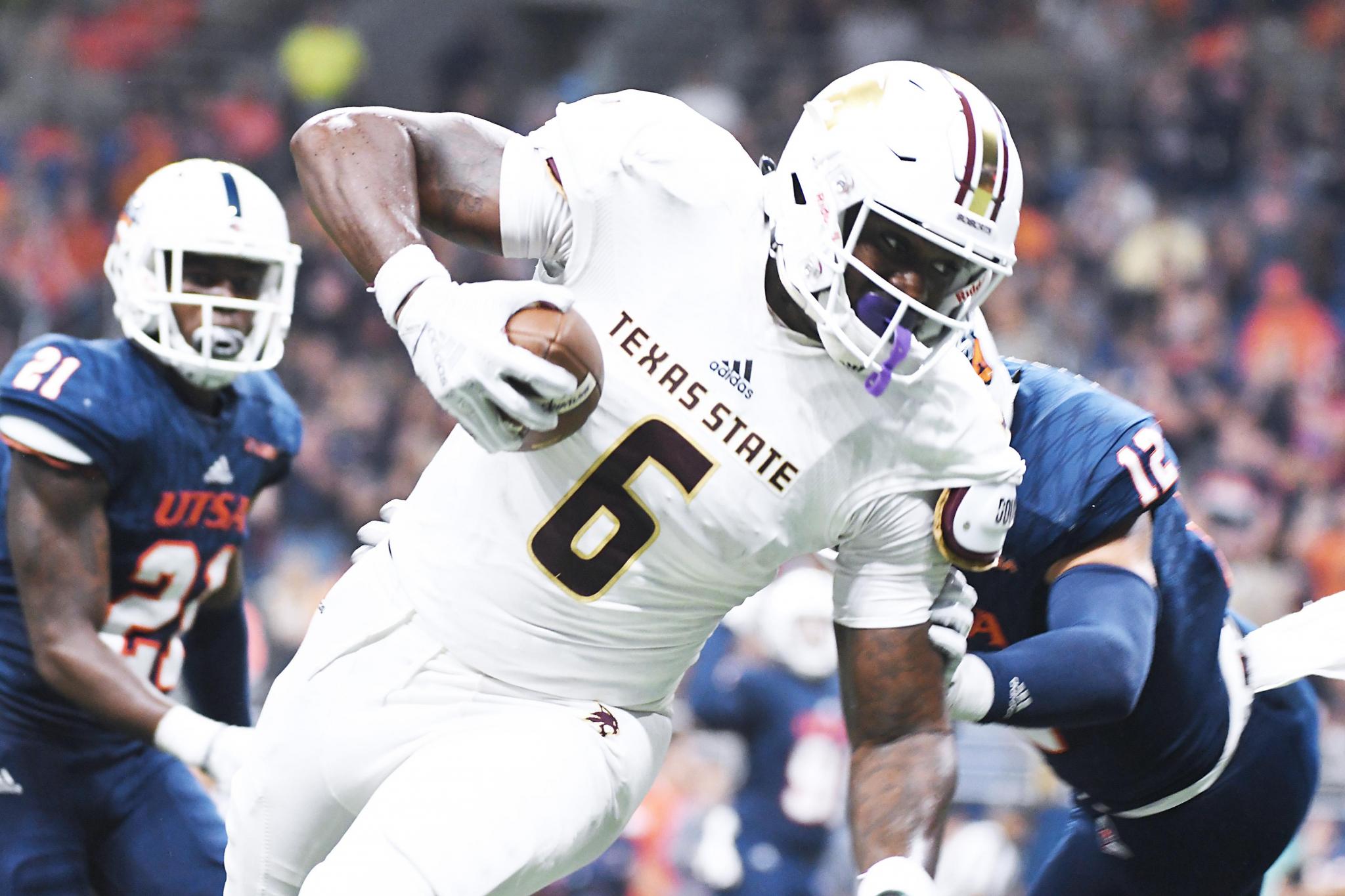 Keenen Brown will do whatever it takes to help his team win.

So when Texas State freshman quarterback Tyler Vitt had all day to throw but no one open against UTSA on Sept. 22, the graduate senior tight end made a move to get open. Brown locked eyes with Vitt, who rifled him the ball.

He caught the pass, made two defenders miss and strolled into the endzone for a 21-yard touchdown.

“It was a scramble play, we had scramble rules,” Brown said. “So, I had to just stay on my route then I seen (Vitt) — he and I made eye contact — and he threw me the ball and I scored. I mean, it was great to turn the team and make sure we bring some life into us because that’s whatever it takes.”

Brown, who transferred to Texas State from Oklahoma State, has made an immediate impact for the Bobcats. The Houston native is the team’s leading receiver with 256 yards and two touchdowns on 19 receptions.

"So, now we’ve got the ability to get a guy and I always consider the tight end, the quarterback’s best friend, to be able to get him the ball on boots and nakeds and play-action balls down the middle of the field. We’ve been able to do that more.”

Brown is not only garnering attention from his own team, but he’s receiving a national spotlight. Pro Football Focus named Brown the best tight end in the country through the first five weeks, with a grade of 90.1 —  putting him in PFF’s “elite” tier.

His strong start to the 2018 campaign is a far cry from is output at Oklahoma State. During his final season in Stillwater, Brown only hauled in four passes for 56 yards. But he didn’t receive as much of an opportunity to be the tight end he is this season with the Cowboys. Oklahoma State had him playing its ‘Cowboy back’ role, which is a hybrid between tight end, fullback and wide receiver. But Brown says he mostly was a fullback in the backfield blocking defensive ends.

He didn’t expect to have as big of a role in the Bobcat offense as he has, but he relishes the opportunity to help his team.

“I didn’t know I was going to be a focal point, but I just wanted to give my team a bigger chance to win,” Brown said. “So, if that means me be a role guy, then I got to do that. If it means me being the second guy, then I’ll do it. Whatever it to win, that’s what I’ll do.”

Brown calls himself a fearless runner when he catches the ball. His goal is to score. He wants to help his team find a way to win. He plans to continue to do whatever his team needs as the season progresses.