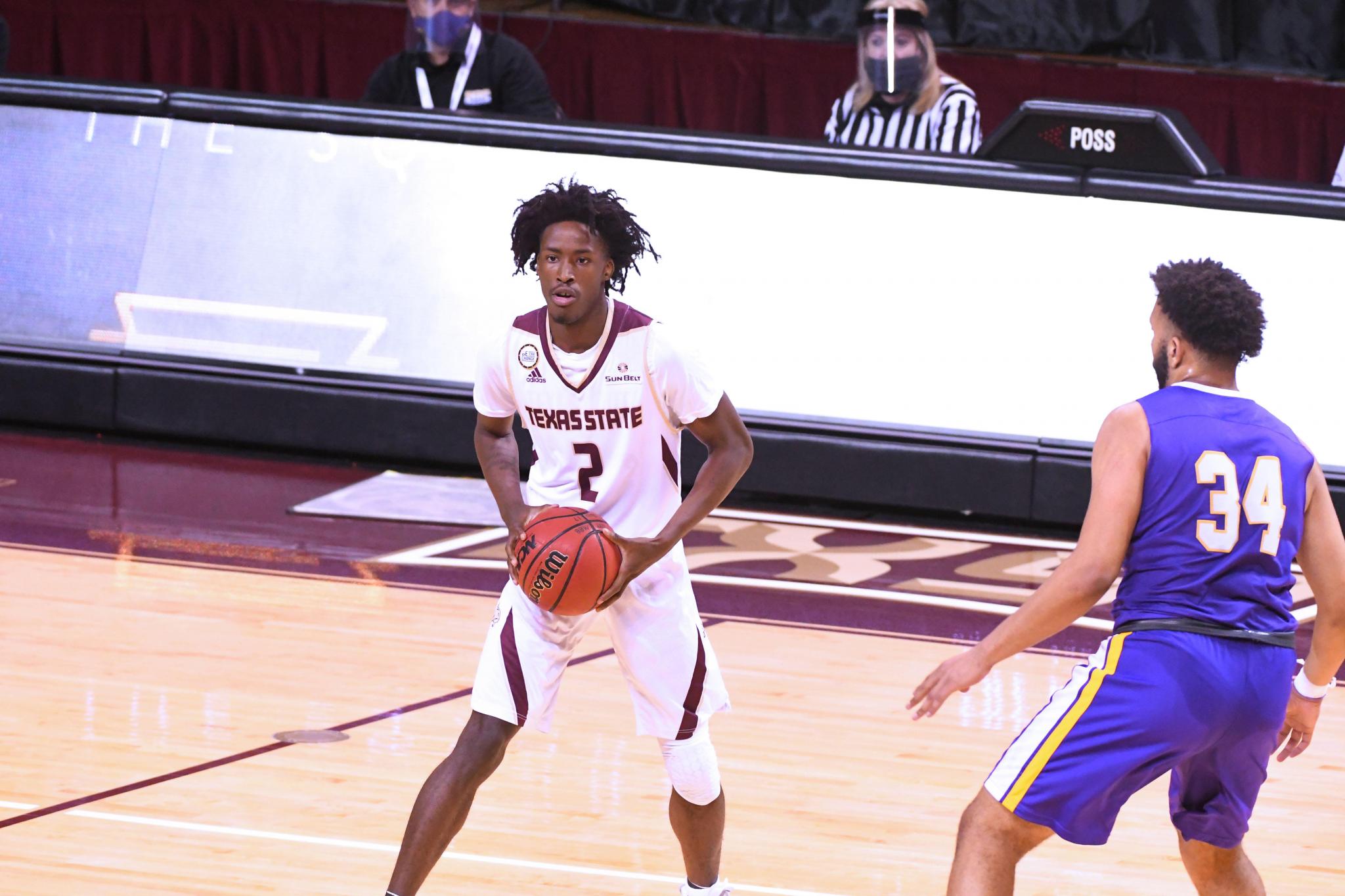 Texas State junior guard Caleb Asberry was selected as the Sun Belt Men’s Basketball Player of the Week after leading the Bobcats to a pair of road wins over Little Rock.

Asberry notched 18 points in his first game against the Trojans on Friday, as Texas State held on late to defeat the hosts, 63-59. In his second game, the Pflugerville native knocked down a career-high five 3-pointers and crossed the 20-point threshold for the third time this season, posting 23 points in a 67-56 win over Little Rock on Saturday.

The junior is now scoring 13.3 points per game on 54.4% shooting from the field and 44.8% shooting from deep, and is averaging 3.2 rebounds, 1.8 assists and 1.2 steals per game — all improved marks from the 2019-20 season, his first with Texas State. He’s the first Bobcat this year to be named Player of the Week.

The maroon and gold’s pair of wins against last year’s Sun Belt regular season champions have improved the team’s season-long projections. Texas State was rated No. 168 by Ken Pomeroy heading into its weekend series with the Trojans — it’s since moved up to No. 147. The Bobcats were ranked No. 21 in the CollegeInsider.com Mid-Major Top 25 on Monday. And on Tuesday, Texas State appeared in ESPN’s Bracketology projections by Joe Lunardi, slated as a No. 15 seed in Region 3 against No. 2-seeded Villanova.