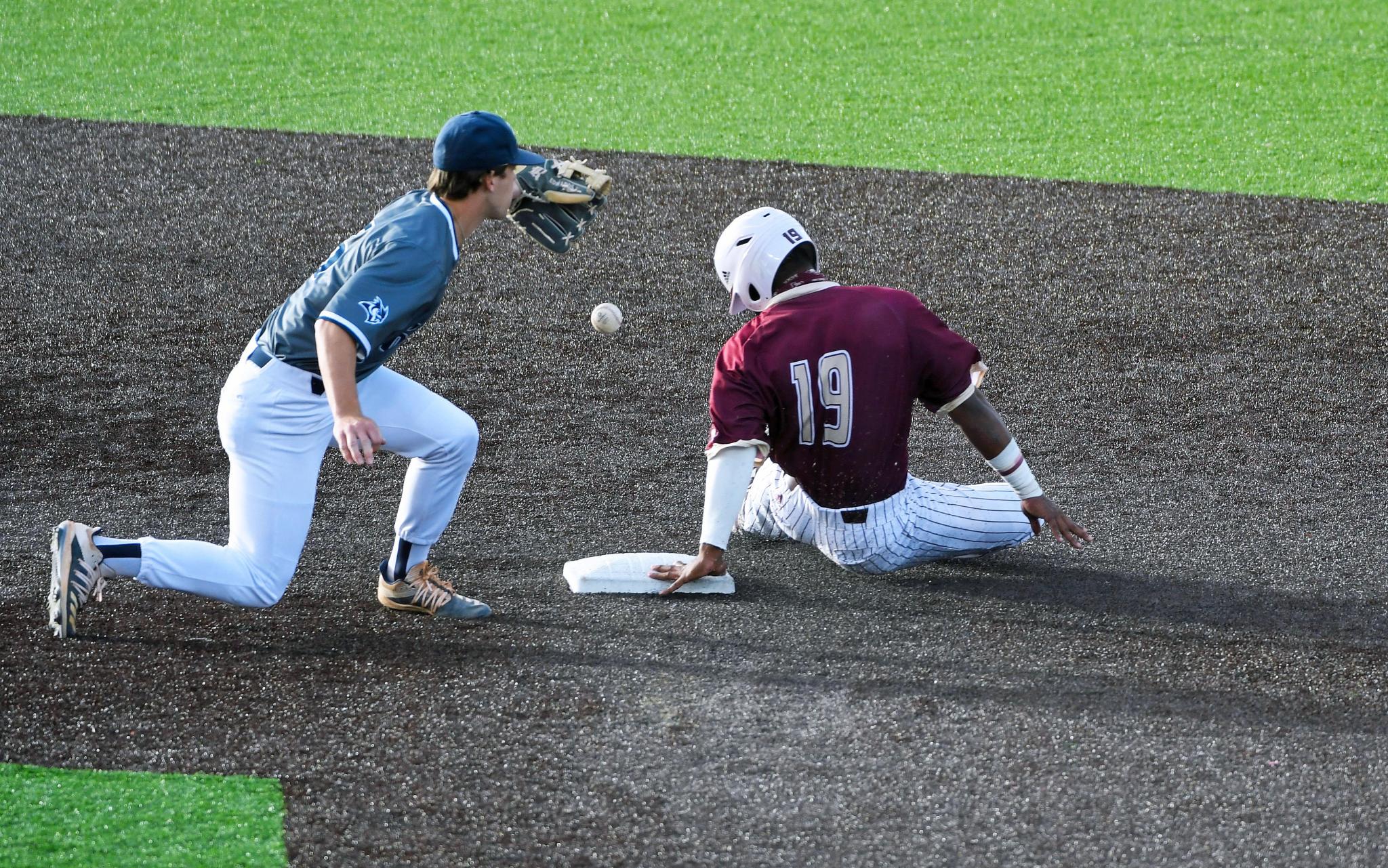 Texas State is back in the swing of things at the plate.

The Bobcats ousted the Owls at home on Wednesday, defeating Rice in seven innings, 16-5. It’s the third time in the past five games that the maroon and gold offense has reached double digits.

“I thought our guys were really locked in at the plate,” head coach Steven Trout said. “You know, they were patient, we took a lot of walks and were hit by some pitches and then executed some offense there and then just took some really good swings. With the wind blowing like it was tonight, the focus was hitting line drives and staying above the baseball and I thought we did that in the first inning on.”

A walk, two singles and a double led to a 3-0 lead in the bottom of the first for the hosts. Both sides went scoreless over the next two innings. Texas State gave up a walk in the top of the fourth but didn’t let the runner advance past first.

Senior first baseman Cole Coffey, senior catcher Tucker Redden and redshirt sophomore centerfielder Ben McClain all led off with singles in the next frame, loading the bases and forcing the Owls to make a pitching change. Senior left fielder Will Hollis was hit by a pitch in the next at-bat, scoring Coffey. Junior third baseman Justin Thompson hit a sacrifice fly, scoring Redden and advancing McClain and Hollis a base, but giving Rice (8-8) its first out.

With one cycle through the lineup already complete, Trout began subbing in multiple players off the bench. Freshman Cade Manning pinch ran for Williams. Coffey was walked in his second appearance at the plate of the inning, scoring Shuffield. Redden hit another single through the left side, sending Gonzales and Manning home. McClain was hit by a pitch, loading the bases again and triggering another pitching change.

“We were trying to play some small ball there just to make sure we scored a couple runs and that same inning, we scored 12. So it was a lot of barrels tonight, a lot of patience and it's a good sign for our offense,” Trout said. “I think our offense, especially, is really confident right now. We've scored a lot of runs the last three games and we're kind of clicking.”

The team cruised the rest of the way with Coffey being the only Bobcat to play the full game, taking a 16-5 run-rule victory in seven innings. Starting senior right-handed pitcher Garrett Herrmann (2-0) was credited with the win after keeping the Owls off the bases completely and striking out for through the first 2.0 innings. Rice scored just two earned runs during the game.

Texas State (8-10) begins Sun Belt play this weekend with a three-game road series at Little Rock (6-7). The Bobcats will have to go up against the league’s 2021 Preseason Pitcher of the Year in Aaron Funk (0-2).

But Trout thinks Wednesday’s win gave the maroon and gold bats some confidence. Texas State is still the conference reigning regular season champion after winning the title in 2019 and the team is starting to feel like it again.

“(The Trojans) play really well at home,” Trout said. “Every year we go there, it seems like it's always a battle and they play really really well at home. And they're a great-coached ballclub, they're gonna play with a lot of energy and passion and of course, we're going on a nine-hour bus ride. And so, we gotta get there and go into their place and go try to get some wins. It's gonna be a great test for us, so we're excited to get in there and go get after it.”