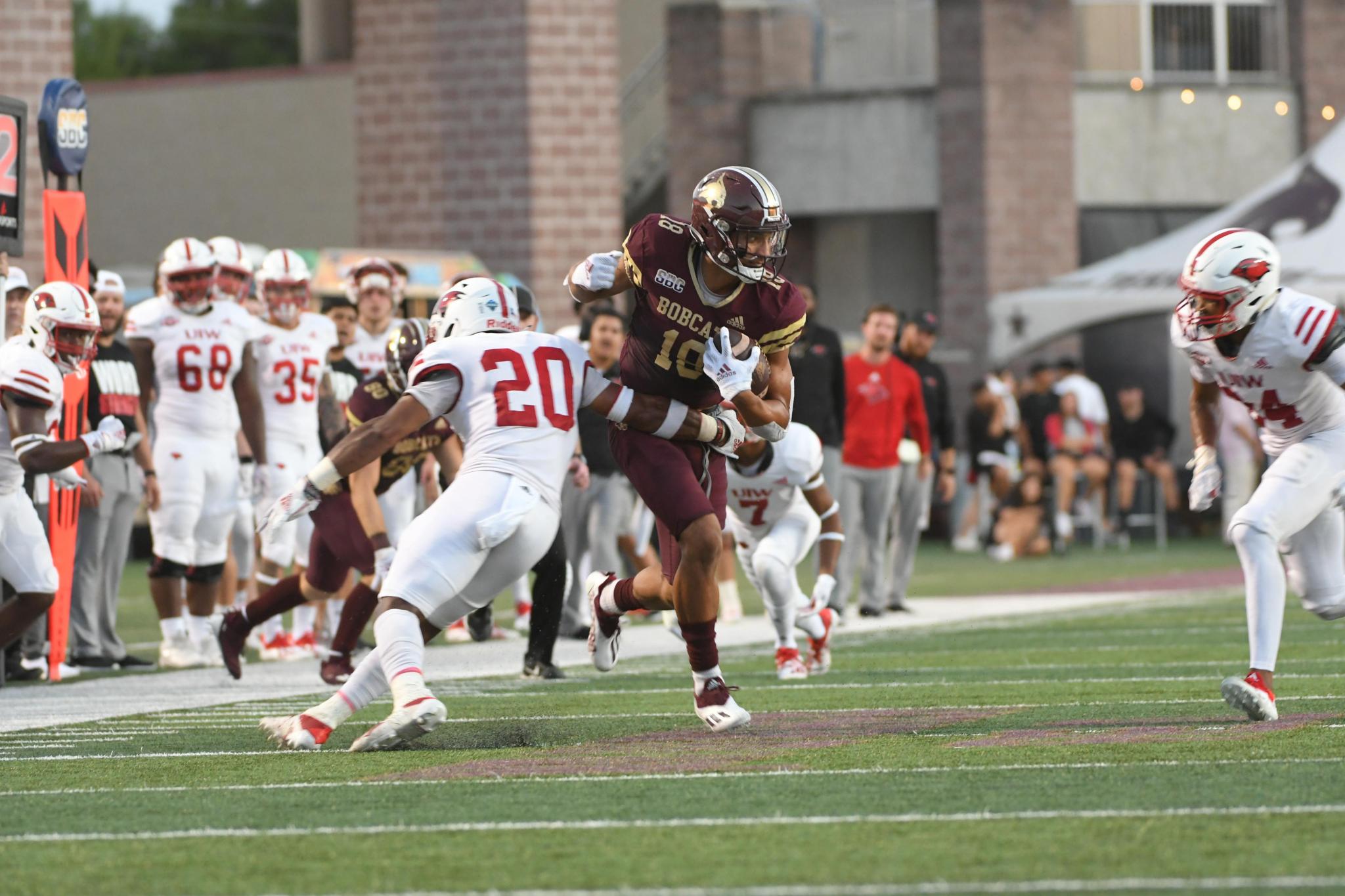 What words were there for what head coach Jake Spavital described as an “embarrassing” 42-34 loss to Incarnate Word inside Bobcat Stadium — Texas State’s first loss to an FCS program during its time as an FBS school?

“Coach Spav came up to us after the game and just, you know, told us that’s all on us, which is true, which is true for most of the games that we lose,” Speights said. “The game is on us. It’s our errors that we make that make us lose our games. So, he just came in and said, ‘It’s on us and when we come back next week we got to focus on the little details and small things that made us lose that game. And if we correct that we can win as many games as we want to after we correct them.”

Texas State’s errors proved costly early and often. The Bobcat defense had no answer for Incarnate Word’s passing attack. Cardinal freshman quarterback Cam Ward carved up the Bobcat defense through the air to the tune of 376 yards — the most yards the Bobcats have given up this season —  and four touchdowns.

“We lost that game as (defensive backs) and as a defense,” said freshman safety Zion Childress, who caught his first career interception Saturday night. “We gave away too many yards. We didn’t play technical. We didn’t play sound football.”

Despite putting up 34 points, the Bobcat offense also couldn’t find a consistent rhythm against the Cardinals, punting on each opening possession of the half and turning the ball over on downs early in the contest. Two costly turnovers — one on special teams when a punt hit sophomore cornerback Chris Mills who was blocking on a punt and UIW recovered, and the other by sophomore running back Brock Sturges on a rush — helped the Cardinals regain the lead twice. After cashing in on Sturges’ fumble, UIW never looked back.

The Cardinals doused head coach Eric Morris with a celebratory Gatorade bath following their first win over an FBS school in program history.

On the other sideline, Texas State was left stunned, knowing it was outperformed in its own stadium.

Now, Texas State is left with only itself to blame for Saturday’s “disappointing” result. Spavital and his team owned up to their shortcomings against the Cardinals. But the head coach said it’s time for everyone to look themselves in the mirror to move forward.

“The transparency we have in this program, they know that it’s on us,” Spavital said. “Regardless of winning or losing, we’re in there coaching, doing the same thing. These kids know if they made a mistake or we’re gonna applaud them when they do good things as well. We’ll even say, ‘hey, you know, it’s a really good route by this kid or this is the moment where you’re one-on-one, or this is the weakness and you’ve got to step up and make a good play. Or they made a good play.’ We work our way through that together. (The loss is) not gonna affect the culture of our team.”

Texas State’s “embarrassing” loss may not show any cracks in its established culture. But if the Bobcats stare in the mirror long enough, the reflection might just reveal that in Spavital’s third year at the helm, Texas State is still far from finding success.