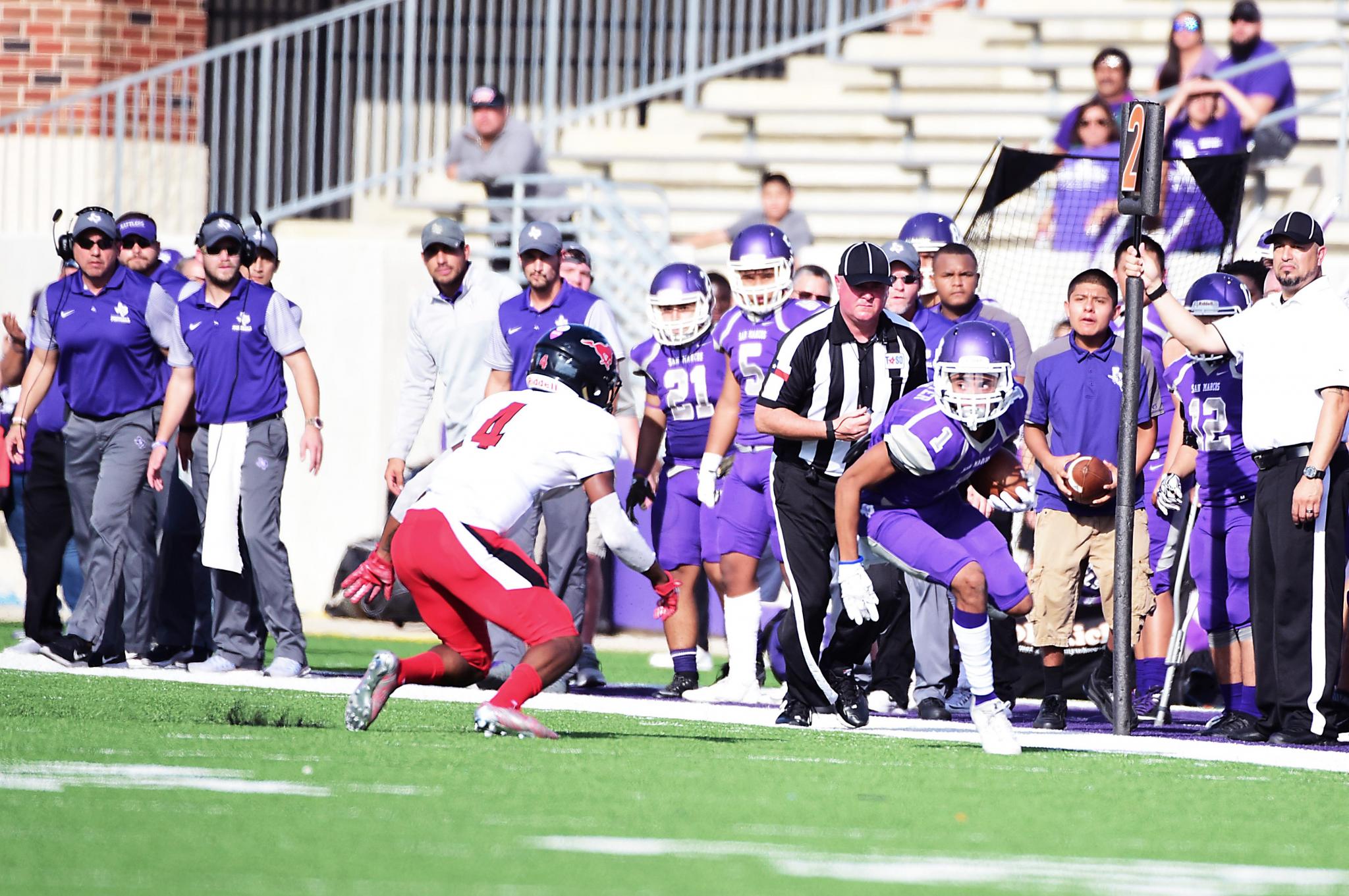 Dave Campbell’s Texas Football Magazine hits newsstands this week with the 2018 season just around the corner. San Marcos is expected to be on the outside looking in as it enters a new district, despite coming off a successful 2017 campaign.

District 26-6A will feature a strong group of San Antonio-area schools.

The Rattlers were chosen to finish fifth in the eight-team district.

Converse Judson was chosen as the favorite with Smithson Valley at second, Cibolo Steele third and Schertz Clemens was picked to take the final playoff spot at fourth. San Marcos sits at fifth with New Braunfels at sixth, New Braunfels Canyon at seventh and San Antonio East Central in the final spot.

The Preseason offensive MVP for the district is Smithson Valley senior quarterback Levi Williams. The Houston Cougar commit threw for 2,111 yards and 25 touchdowns along with 383 rushing yards and six touchdowns on the ground last season. The Preseason defensive MVP is senior defensive end DeMarvin Leal out of Judson. The All-State defensive end recorded 67 tackles, 14 tackles for loss, 12 quarterback knockdowns, two caused fumbles in 2017. Leal has an offer from every Power 5 conference.

San Marcos lost 28 lettermen and will fill the holes with young and upcoming talent as it moves into its new district.

Senior Jamon Johnson (1,400 yards rushing, 13 touchdowns and 215 yards receiving) will likely get most of the load with majority of the offensive line returning. The departure of a starting quarterback leaves a spot open to compete for with two young juniors looking to fill some big shoes, Cameron Vidrine and Alex Garcia.

On the outside, it’s senior Mhyson Williams who appears to be stepping into the number-one receiver role. Junior receiver Takai Madgett had a strong 7-on-7 outing this summer and could turn out to be a playmaker for the Rattler this season as well.

Defensively, senior safety Therrance Soto is returning as the leader in a defense that flew around the field last year. Soto will have senior defensive lineman Brandon Rangel along the defensive front, as well as up and coming sophomore safety Kannon Webb to support the San Marcos defense.

The season will open for the Rattlers at home against long-time rival Buda Hays on Aug. 31 at 7:30 p.m. inside San Marcos Toyota Rattler Stadium.