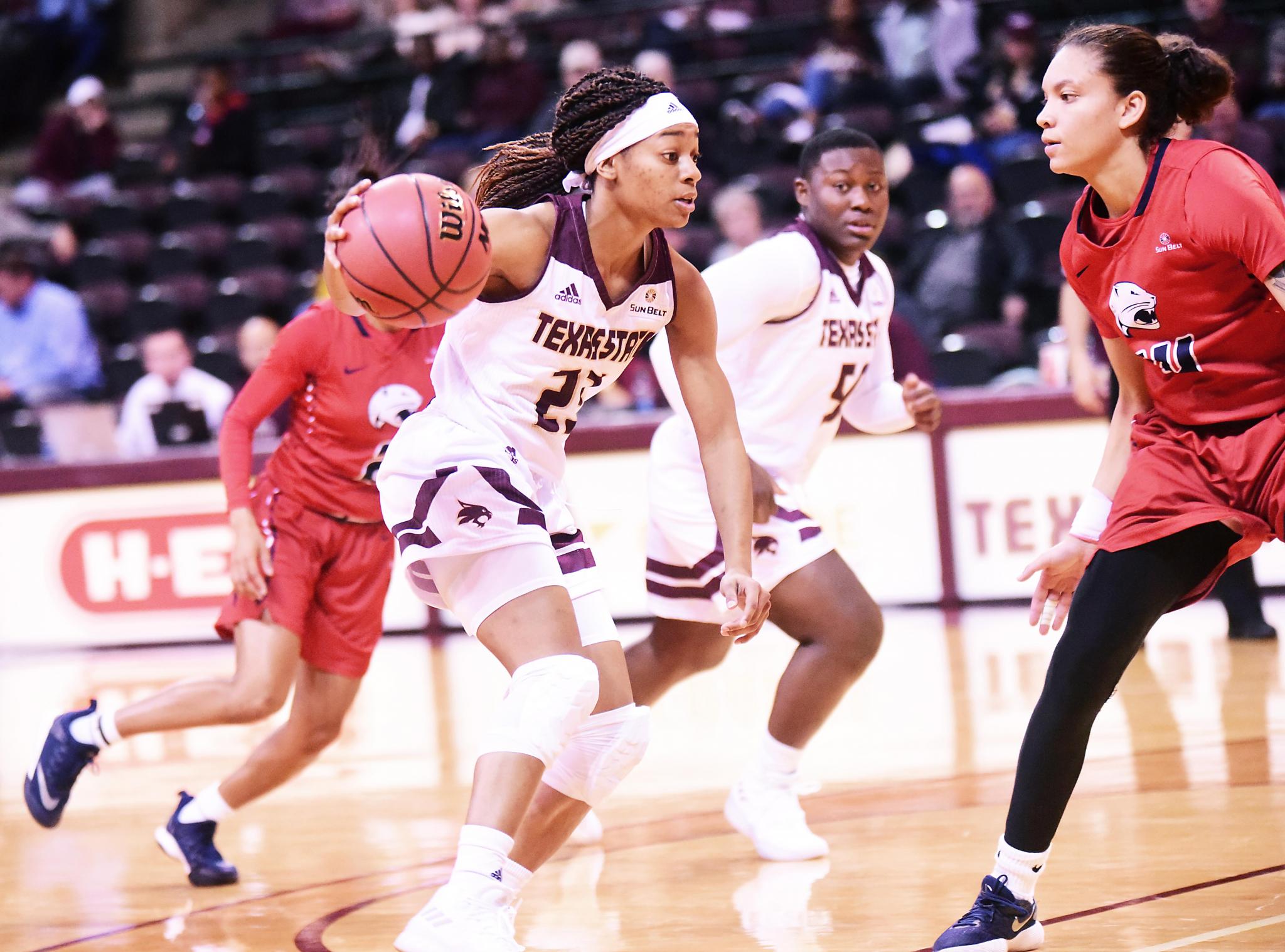 Recent Texas State graduate Taeler Deer signed with Kouvottaret, a team based out of Kouvola, Finland, to continue her basketball career at the professional level.

Kouvottaret finished seventh in its 10-team league, the Korisliiga, with a 9-18 record for the 2017-18 campaign. The 2018-19 season will begin at the end of September and will conclude in the month of March.

Deer was announced the 2017-18 Sun Belt Player of the Year and became the fifth player under coach Antoine and 16th player in Bobcat women’s basketball history to score 1,000 career points. She was also announced as he 2017-18 Sun Belt Conference Tournament Most Outstanding Player after scoring 63 points in three contests and led Texas State to a runner-up finish and an automatic bid into the 2018 Women’s National Invitation Tournament.

Deer left her mark in the Texas State history books after four season in which she ranks second in career assists (429), fourth in career steals (187), seventh in career made 3-point field goals (130) and ninth in career points (1,386). She also holds the school record for single-season assists (213) and single-game assists (14).

“My time at Texas State has prepared me for this moment in so many ways,” Deer said in a statement. “The coaching staff knew that I wanted to continue playing so they made everything more challenging for me. In summer workouts I was held to a higher standard than my teammates forcing me to push myself even harder. I was in the gym with either coach Paige [Love] or coach [Chandra] Dorsey on my own four days a week during the season. The coaching staff made me mentally tough to handle all situations that were thrown my way. Nothing was made easy for me because they knew what type of player I was and that I had a dream to play professionally. It was a lot of hard work, but it was worth it in the end.”