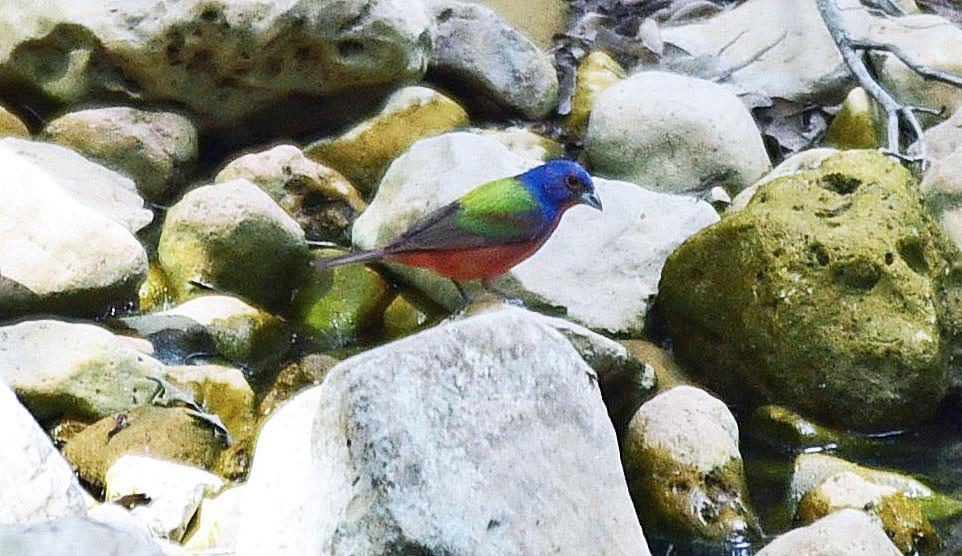 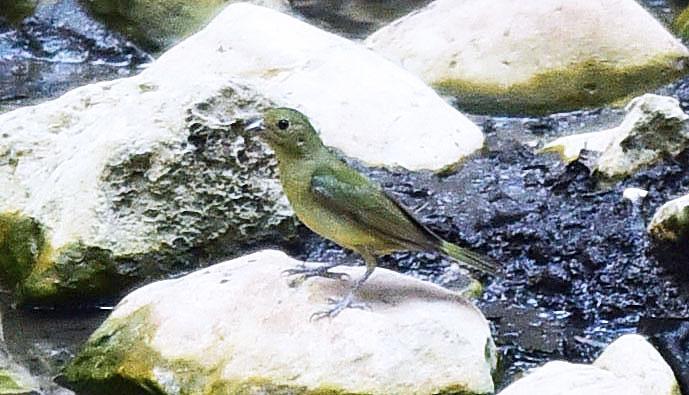 Finding a pair of painted buntings at Purgatory Creek Trail

A few years back my son returned from a trail hike at Purgatory Creek Trail with some exciting news. He had seen a beautiful bird that had more than a few colors. He wanted me to go with him the next day so I could take photos of this colorful bird.

When we arrived at the location of the sighting, it was not to be found. We decided to wait for it to show up. Within the hour a male, the colorful one, and then a female, green in color, came to a small area of standing water for a drink. We were at least 25 feet away when I started taking pictures. I researched it later and found out it was a painted bunting.

The painted bunting’s scientific name is Passerina ciris. Its population is 45 million, but decreasing. It breeds in shrubby thickets and along forest edges. It winters in thorn scrub and shrubby forests or savanna edges. The adult male painted bunting is one of the most colorful of all US breeding birds. In Mexico, the painted bunting is commonly known as “siete colores,” or seven colors. In Louisiana, it is called “nonpareil,” French for “without equal.”

One of the biggest factors in painted bunting decline is habitat loss, both on its breeding grounds and at migration stopover sites. The species is also a frequent victim of window collisions and is vulnerable to cowbird parasitism.

This species winters in Florida, the Bahamas, Cuba and southern Mexico to Costa Rica and western Panama. The western population of painted buntings begins its fall migration before molting, then molts at staging areas before continuing its journey farther south. Their diet consists mostly of seeds, supplemented by high-protein insects during nesting season. In breeding grounds, male painted buntings stake out territories of up to several acres through song and displays. Each male aggressively defends its territory and will fight intruding males by pecking, grappling and striking with their wings. These fights sometimes end in the death of one of the males.

Females build a cup-shaped grass nest in a small tree or shrub, where she lays three to four eggs and up to three broods each year. Chicks are fed by the female and fledge when they are 12-14 days old. Juvenile males are the same green as females until the fall of their second year when they finally molt in their bright colors. The siting of this bird is truly a treasure and a rare sight to see.