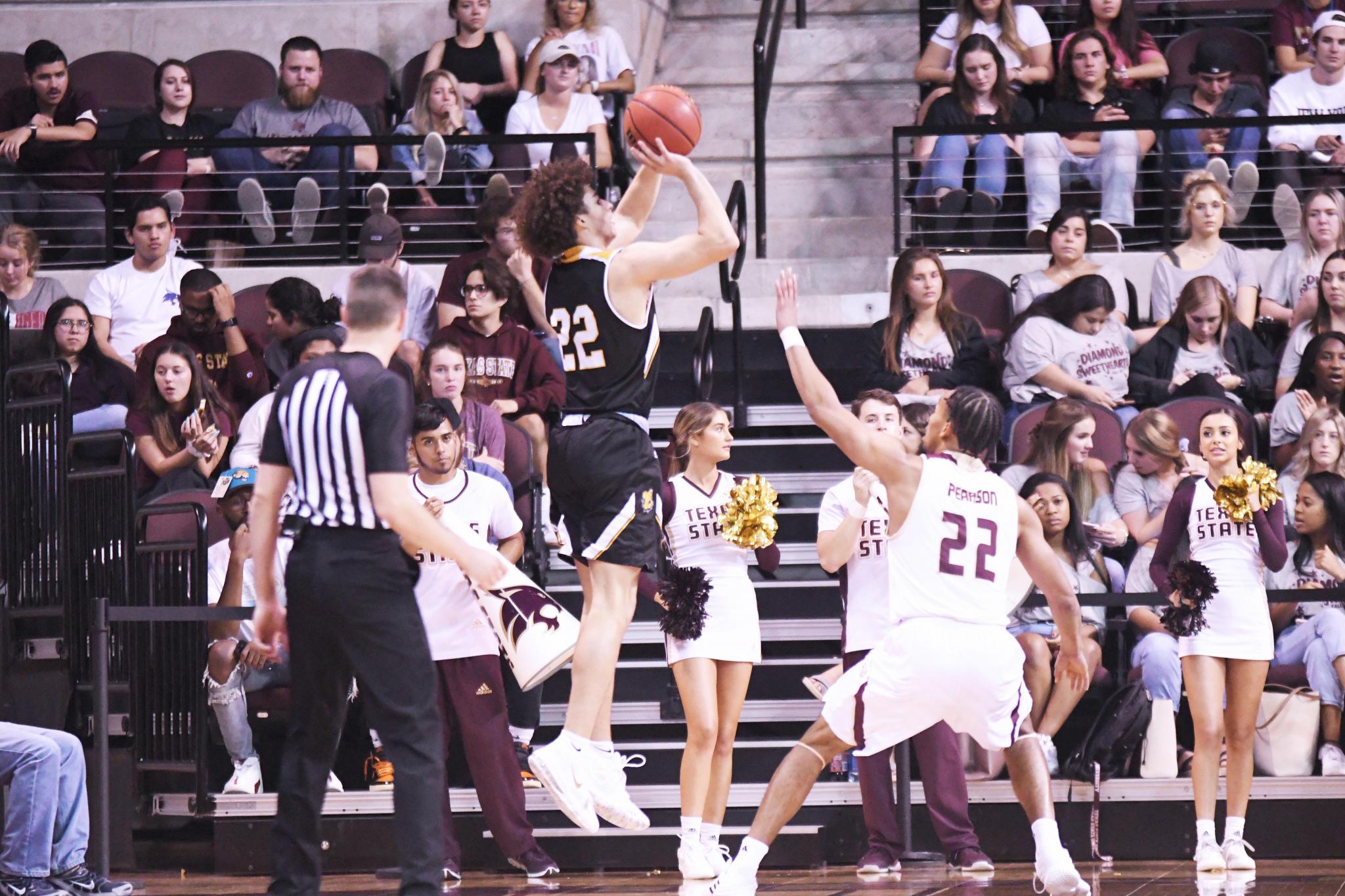 Mason Green took to the court in San Marcos again, but this time in a different uniform.

The former San Marcos Rattler made his collegiate debut for Texas Lutheran on Tuesday inside Strahan Arena in a 103-45 loss to Texas State. Green said he enjoyed playing in his first game with the Bulldogs in his hometown — his parents and friends were in attendance — although it added a little bit of pressure for him.

“It was a good and bad part,” Green said. “I have people that are watching me since I was young and it’s my first game and I don’t know how it’s going to go, it’s against a really good team in Texas State. And so it just added some nervousness to the game.”

Green checked into the game at the 6:50 mark in the first half and turned the ball over three possessions later. The freshman forward missed two 3-pointers before returning to the bench with 3:00 left on the clock. Green said the defensive pressure and pace of the game were the biggest differences between the high school and college game.

“The on-ball pressure that, when dribbling the ball, you really gotta protect it,” Green said. “In college you’re really gonna have to work to get open, you’re gonna really have to work to get shots. And it’s just a whole different type of conditioning. So it gets tiring after a while. And that’s when you really have to dig deep and push through it.”

Green got back in with 9:46 left in the second half. Three minutes later, he drove in through the teeth of the Bobcat defense and rose to the rim. Texas State senior center Eric Terry fouled him on the shot attempt and Green made both of his free throws for his first points with TLU.

“When I first got in, I had the jitters. but after I got subbed out, the second half, I came back and felt a little more, you know, like I was used to it,” Green said. “Once I got going, I shot free throws and that’s when I started getting comfortable and I was like ‘Alright, I can handle this, I can hang with these guys.’”

The San Marcos native finished the night with two points and two turnovers in nine minutes of play. Aside from basketball, Green’s enjoyed his time in Seguin so far. He likes his classes this semester, though the time management stresses him out a bit.

Green and the Bulldogs will take on Hardin-Simmons on Friday at 7:30 p.m. in Abilene. Green said he’s looking forward to the rest of the season.

“The basketball’s great,” Green said. “Once you really put your mind into focusing on that and getting better every day, it becomes fun.”