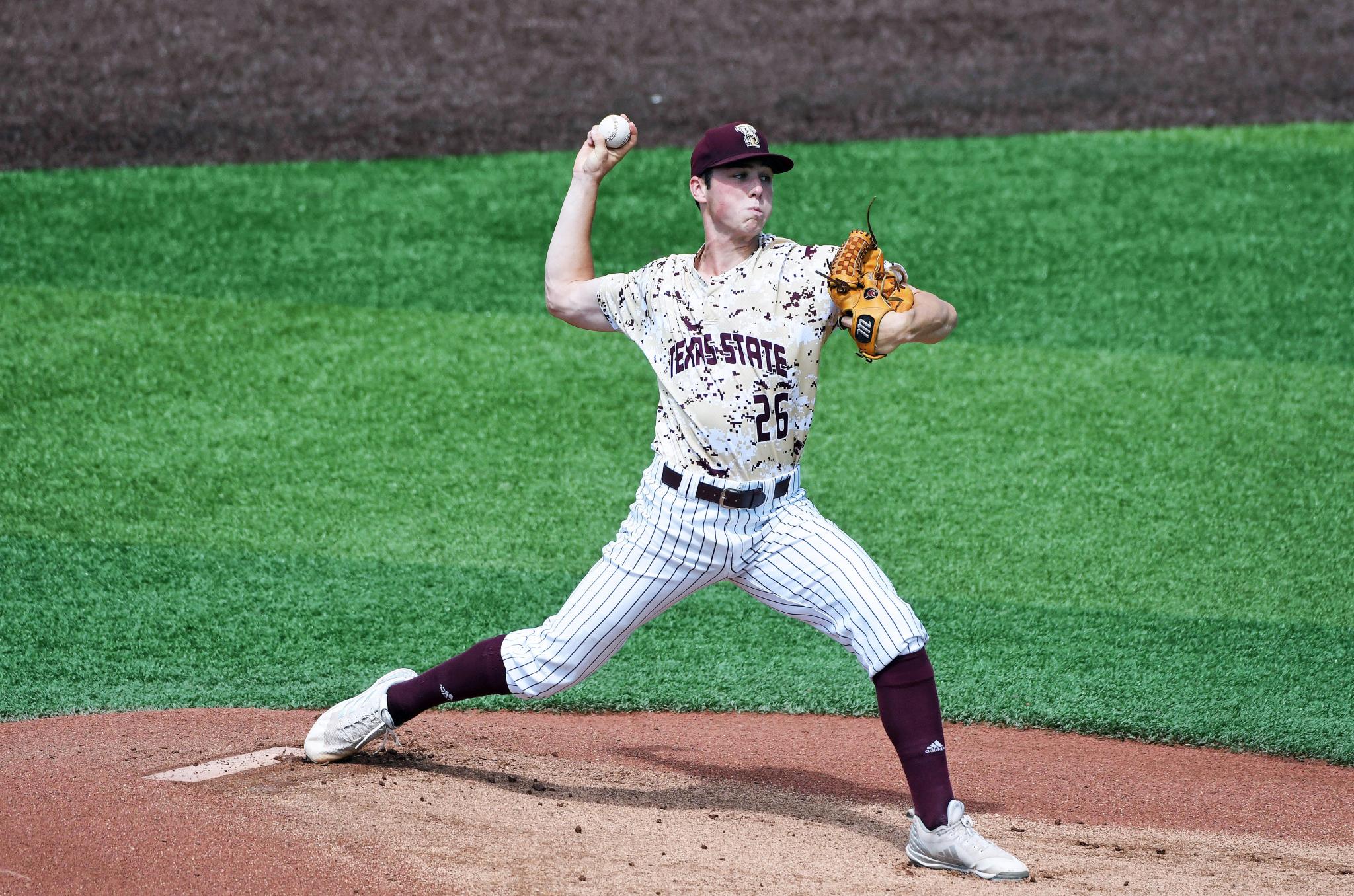 The Bobcats are going pro.

Hunter McMahon, a redshirt sophomore right-handed pitcher was picked Tuesday in the ninth round with the 273rd overall pick by the Washington Nationals. Junior right hander Nicholas Fraze went next on Wednesday with in the 22nd round with the 657th pick to the Toronto Blue Jays. Redshirt senior Jaylen Hubbard was taken by the Nationals five rounds later at pick No. 813. Senior righty and reigning Sun Belt Pitcher of the Year Connor Reich was the last to come off the board when the Chicago White Sox took him with 920th overall pick in the 31st round.

McMahon registered a 5-5 record this season with a 4.72 ERA and became the first pitcher to complete two games since 2016. The righty from Kansas City, Missouri, is also the highest pick for Texas State since 2016, when Lucas Humpal went at No. 271.

He’ll team up with Hubbard on the Washington Nationals. Hubbard started in all five of his years with the maroon and gold, though his freshman year was cut short due to injury. The Sugar Land native holds a career batting average of .311 with 250 hits and 15 home runs in 212 games. The third baseman was also named to the All-Sun Belt Conference Second Team in 2017 and 2019.

Fraze was another conference second team member. The RHP out of Carrollton made 44 starts in three seasons with the Bobcats and finished with a 17-10 record with a 4.17 career ERA.

Reich’s selection makes this the second time all three of Texas State’s weekend starters were taken in the same draft and the first time since 1992. The Hallsville graduate posted an identical record to Fraze in 40 appearances with a 4.47 ERA and led the team this season with 90 strikeouts.

The quartet pushed the Bobcats to the top of the conference standings this year, as the team finished at 36-20 overall and 20-10 in league play and claimed the first Sun Belt regular season title in school history. Texas State’s season came to an end at the conference tournament after it fell to Coastal Carolina, 13-4, on May 23 and was one of the first four teams out of the NCAA tournament.

Texas State head coach Ty Harrington has now had at least one player taken in the draft every year for the past 17 years. Reich became the 53rd player under Harrington to be drafted. McMahon and Fraze are still eligible to return to school.