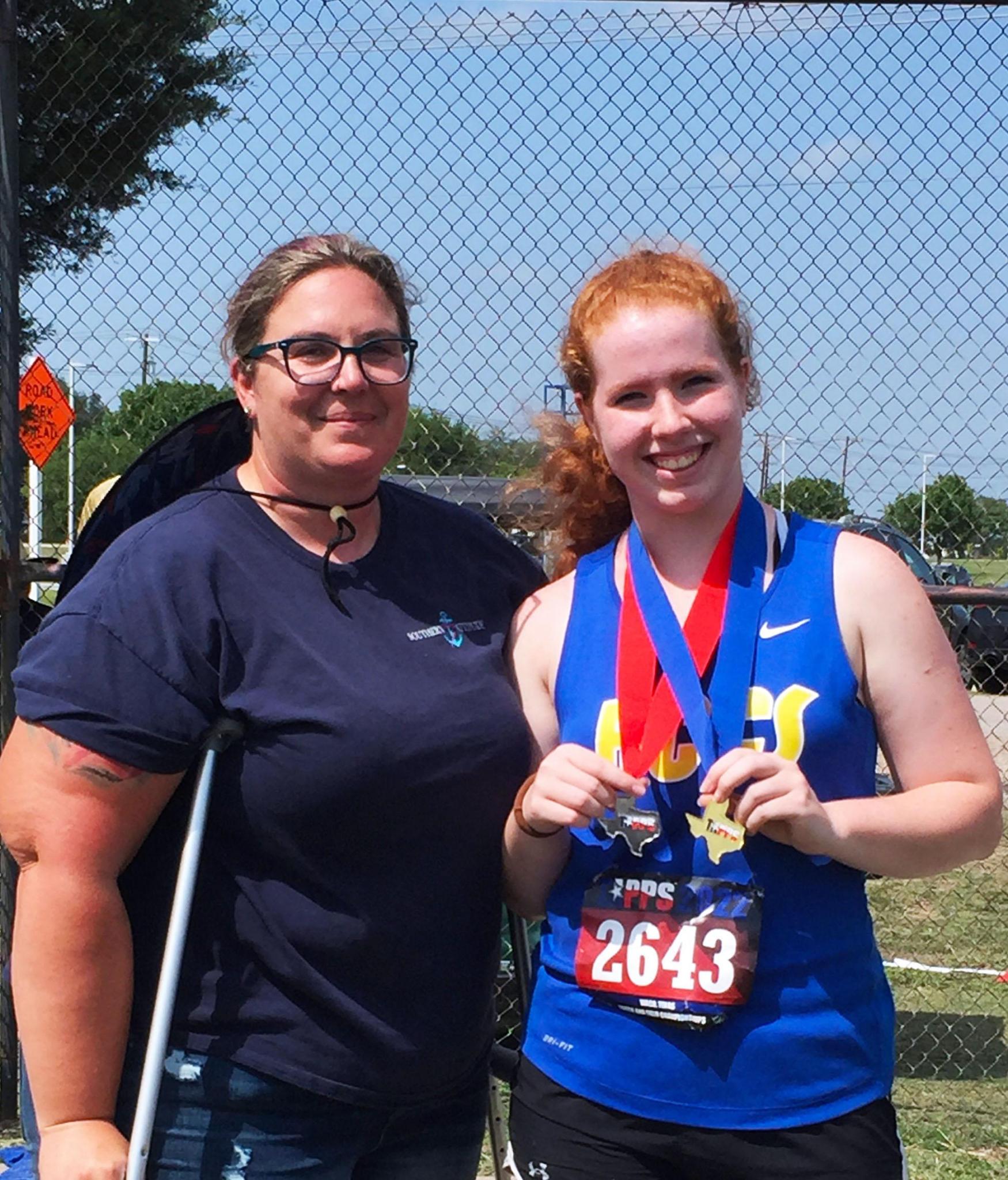 Texas Association of Private Parochial Schools (TAPPS) had ITS state track and field meet at Midway ISD and Lizzy Fritzler, a junior at Hill Country Christian School in San Marcos, not only took second in shot put, but also first place in the 1A girls discus while also setting a new state record.

Last season, Fritzler competed at the state meet and threw 27-4 in shot put, which earned her fourth place. Determined to keep improving, Fritzler continued to cross-train throughout the year by competing on the varsity volleyball and basketball teams, going to lift at the gym with her dad, Joel Fritzler, and getting private lessons from Stephanie Crowder. Through all of this hard work, Fritzler managed to clinch second place at the state competition with a throw of 35-7, which was a new personal record for Fritzler.

Up next at the state meet came the discus competition. Fritzler came into the meet as the reigning state champion with her throw last year of 95-4. Fritzler made huge strides this season as she threw 104-5 at her first meet and continued to progress as she threw 121-6 at the regional qualifier for the state meet. This put Fritzler over 40 feet ahead of her closest competitor and only five feet short of meeting the current 1A TAPPS state record. Going into the state meet, Fritzler was determined to show yet another mark of improvement and break the state record. Fritzler pulled ahead of the competition early by easily breaking 100 feet. Then came her best throw of the afternoon, 122-2. Fritzler had broken the state record by three feet.  This made Fritzler not only a two-time and back-to-back state discus champion, but also the first student from HCCS to break and set a new state record.

Moving forward, Fritzler plans on continuing to cross-train to keep improving and is actively being sought out by colleges of various divisions including D1 universities, as her goal is to be able to compete at the college level.