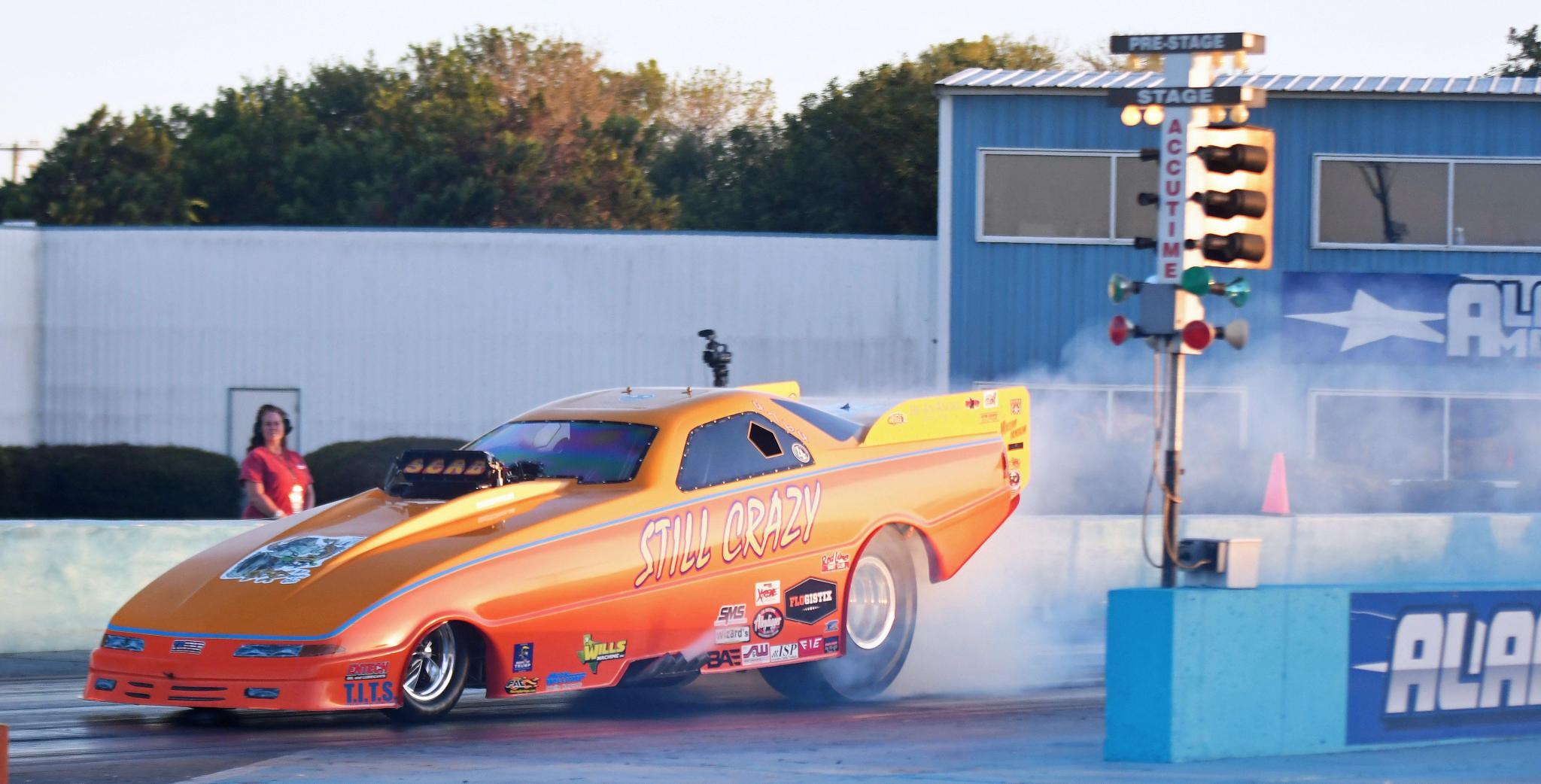 MARION — Last weekend, June 12-13, Alamo City Motorplex hosted the Funny Car Chaos Drag Racing Series. It was the third stop of the eight-total event of 2020. The two-day event was perfect for fans, pit crews and the drivers, with low humility, wind from the north and temperatures in the low 90s. I arrived early, before 5 p.m., to enjoy the food, limeade and T-shirt stands.

I then walked around the pit area to see crew members put together massive, powerful engines before the first runs of qualifying, starting at 8 p.m. A field of 17 Funny Cars took the strip for their first run, one burnout each to improve traction. Tires called slicks grab the asphalt and produce smoke from the rubber of the slicks. Some crew members have a person on the track after the burn outs to guide the driver back to the starting line. 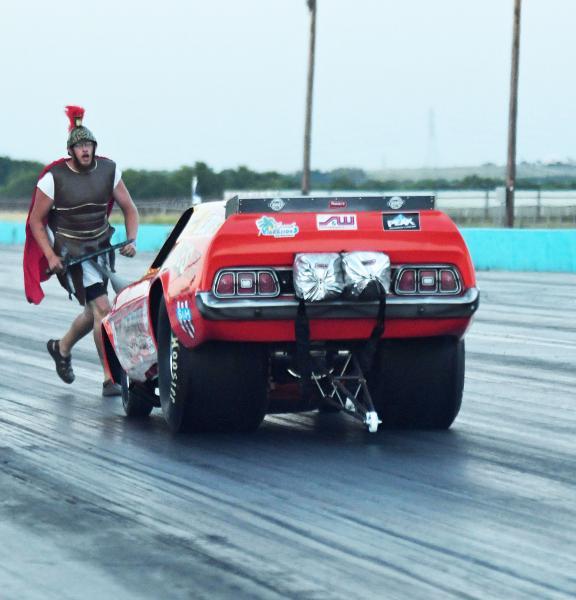 The Brutes Funny Car had Brutus in costume as their mascot. The starting lights that count the starting is called a Christmas Tree. The cars staged at the line rev the motors, then the sound of thunder fills the air. The ground shakes, tires begin smoking, fire from the headers spew out the smell of nitromethane. The cars zoom down the track using supercharged monster motors that range from 6,978-8,000 horsepower. They speed down the quarter mile in four seconds or less at 260-300 miles per hour. The fans approve of a great run with cheers and applause.

After the first qualifying runs, the fans were treated to a special run by a Jet Dragster. It was a great day at the racetrack. 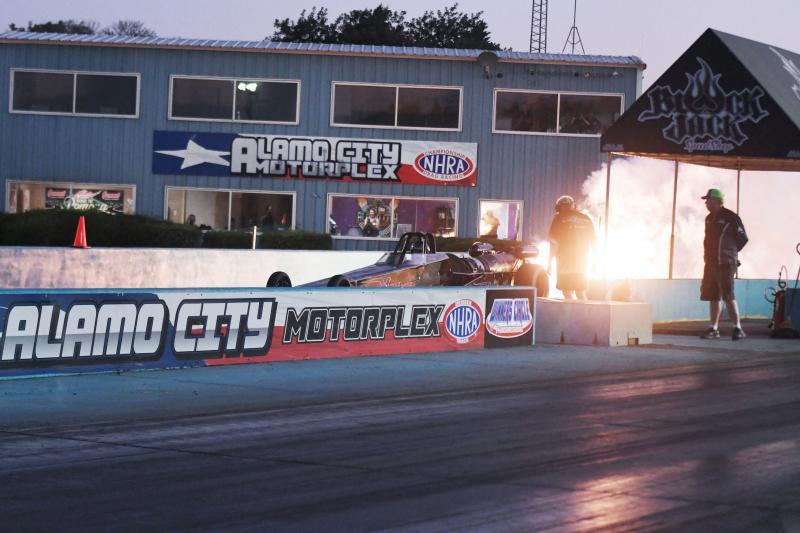