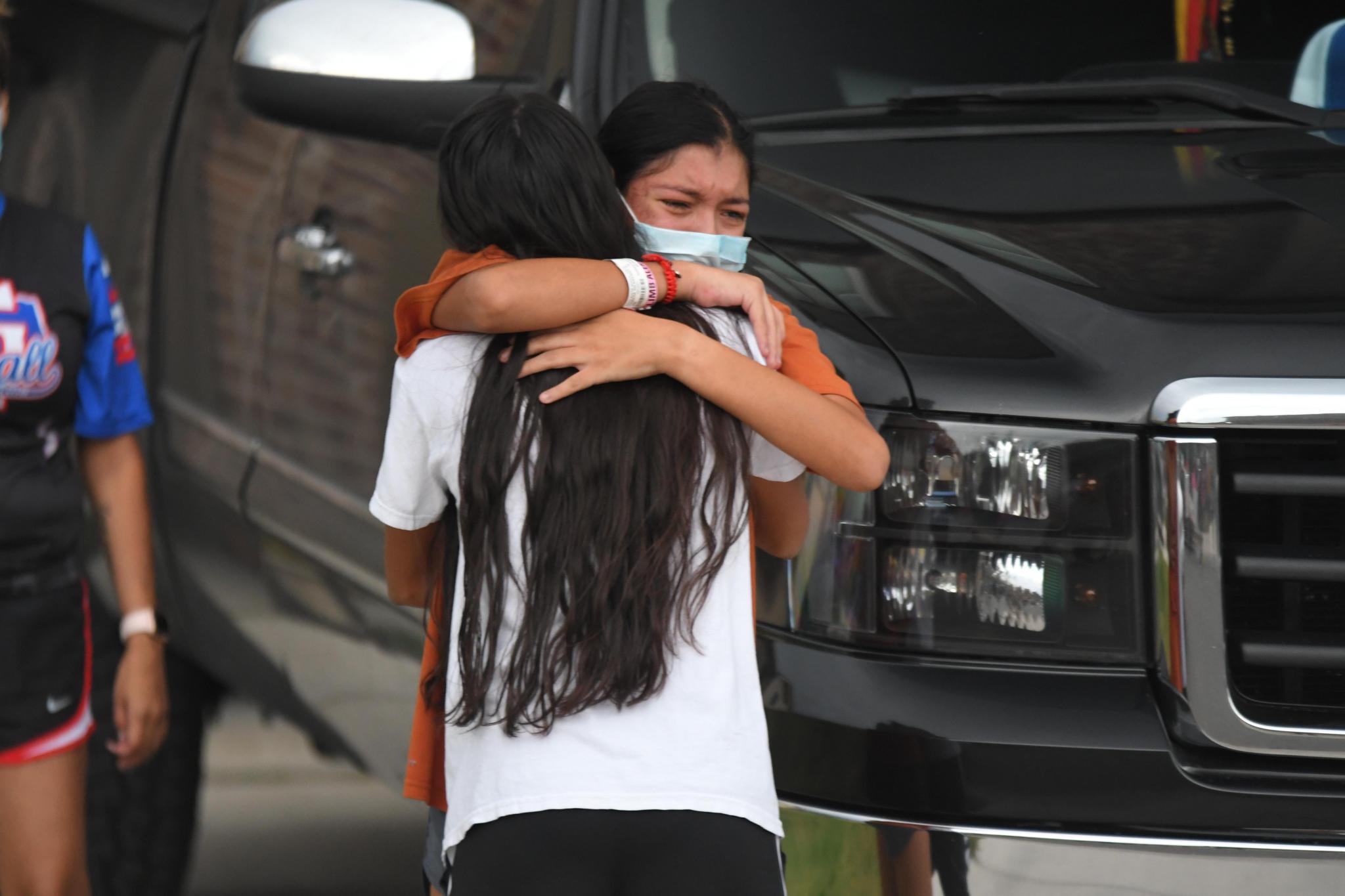 Heavenny Garcia got out of her family’s black pickup truck to a round of applause from coaches, teammates and friends on Friday. It was the first time she had been home in weeks.

The former Lady Rattlers softball player graduated from San Marcos this spring and left town to train with her stepdad, Bobby Natal, in the Dallas-For Worth Metroplex. Garcia hadn’t made up her mind about what was next for her, weighing her options between enlisting in the military or attending college this fall semester, as she was gaining interest from the Coastal Bend College softball team.

But during and after workouts, Natal noticed Garcia growing extremely tired. He took her to the hospital on July 10. After further testing, Garcia was diagnosed with B cell lymphoblastic leukemia, a type of cancer that affects a person’s blood and bone marrow. She was admitted to St. David's South Austin Medical Center to begin treatment.

Due to the coronavirus pandemic, the hospital wouldn’t allow anyone to visit Garcia without testing negative for COVID-19.

“I know her first chemo treatment I wasn't allowed to be in the hospital,” said Jackie Rodriguez, Garcia’s mother. “So she had to intake, by herself, that she has this leukemia.”

Garcia received another round of chemotherapy on Friday, but was finally allowed to leave the medical center. San Marcos head softball coach Cathy Stoughton wanted to make Garcia’s return special, reaching out to a select few who showed their support by lining their former teammate's street with friendly faces.

“It's hard to watch anybody go through something like this, especially a healthy 18-year-old,” Stoughton said. “It just blows you away because you're not expecting to hear anything like that.”

Rodriguez called the welcome back a “blessing.” Both her and Garcia have been overwhelmed by the amount of support shown by the community.

Garcia is now back resting in her own bed. She has a long, uphill climb to recovery. Rodriguez said Garcia has her good days when she seems like her old self, but also her bad days when she’s too tired to walk.

“She gets an injection on her belly for her white blood cells,” Rodriguez said. “I mean it's quite a bit.”

Through it all, Garcia’s remained positive. Stoughton started a social media movement, #ExtramileforHeav1, for users to dedicate one mile of their workout, based off the former Lady Rattler’s jersey number, and post it on Twitter using Garcia’s handle, @garciaheavenny1. Rodriguez said seeing the posts has boosted Garcia’s self-esteem. 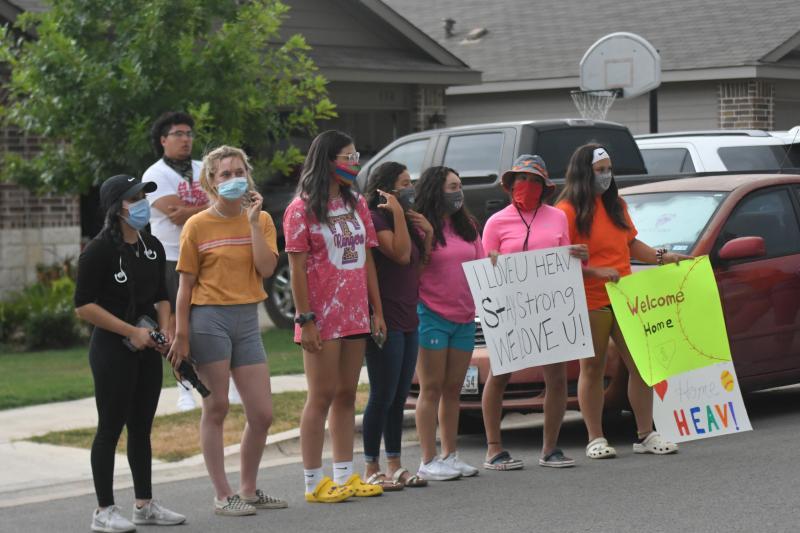 “I do want to point out how strong she’s been,” Natal said. “She actually texted me from the hospital that she couldn’t wait to get out and back in the gym.”

The treatments are expensive and have put a significant financial burden on the family. Natal noted the family’s insurance won’t cover all the costs that go into it, including the numerous trips Garcia will have to take back and forth from San Marcos to Austin. Garcia’s four younger siblings will all have to be homeschooled with Garcia severely immunocompromised.

A GoFundMe was created to help the family with the costs, with the goal of raising $10,000. Over $3,000 has been raised thus far. Donations can be made at https://www.gofundme.com/f/medical-amp-family-costs-for-heavenny-garcia.

“She is a great young lady and this is probably the biggest battle she's gonna face in her life,” Stoughton said. “Any support makes a huge difference. I know on the GoFundMe, we've had people donating $5 and $10 and every little bit counts … Some people, you know, that's all they can give. But $5, $10, any gesture, if it's $2, will make a difference. Because with so many people supporting her, it adds up. And we appreciate everybody who's donated money so far.”