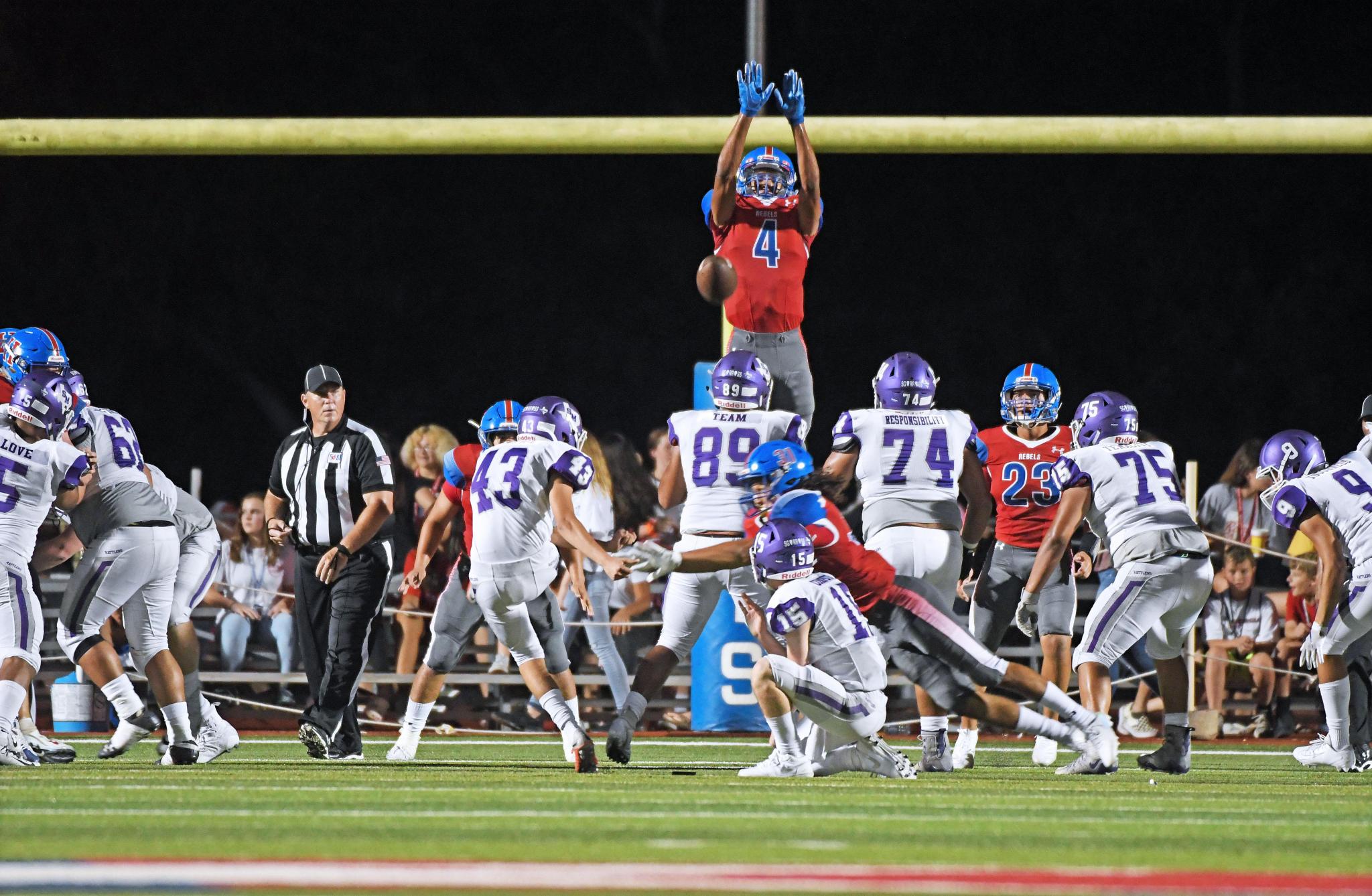 Buda Hays has seen a lot of success in the two seasons since Les Goad took over the program, going 8-3 overall and 6-2 in district play each year.

Hays, whose school board unanimously voted 7-0 to retire its Rebels nickname in July, will have to rely on some of its inexperienced players to keep the status quo and compete for a playoff spot again this season. The team lost 41 lettermen in the offseason and bring back just 20, including eight starters — three on offense and five on defense.

Senior dual-threat quarterback Durand Hill will captain Goad’s slot-T offense for a second-straight year after posting 677 passing yards, 446 rushing yards and 17 total touchdowns. He’ll have his top receiver back in Bryant Lewis, who caught 15 passes for 313 yards and three scores, as well as senior offensive lineman Jason Iwabuchi, but every other starting spot will need to be replaced. Running backs Bobby Green, Quincy Jackson and Josh Rodriguez will all compete for touches in the backfield.

The defense returns four of its top-five tacklers from a year ago. Linebacker Jake Lopez finished second on the team with 64 stops and fellow linebacker Zachary Hobert finished second with 6.0 tackles for a loss, third with 4.0 sacks and will be a starter for the third year in a row. The secondary will be held down by defensive backs Will Agnew and Michael Boudoin III, who combined for 111 tackles, four interceptions and 12 pass deflections.