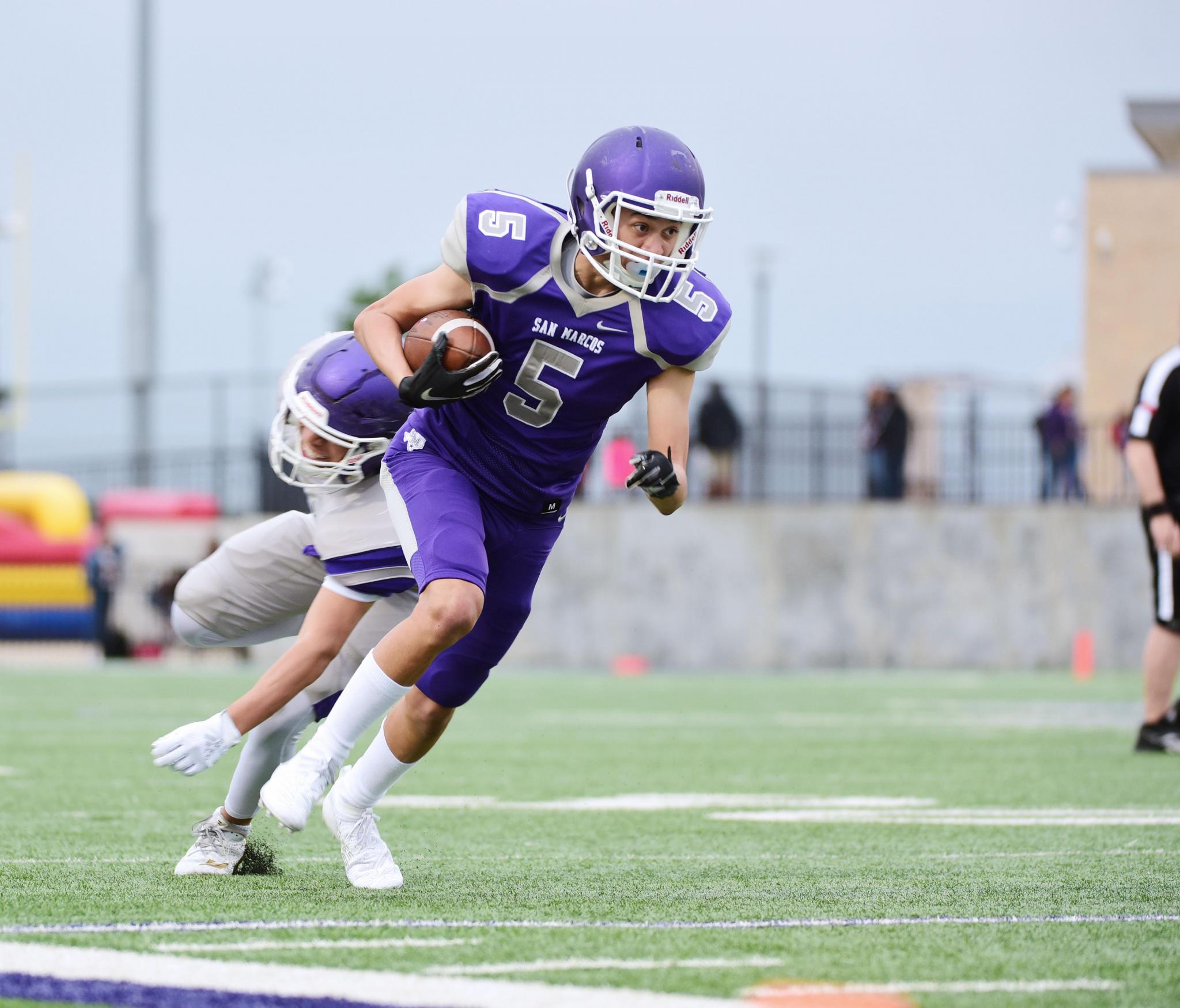 After taking a bye week midway through the season, San Marcos will begin the second half of its schedule at home against Cibolo Steele.

The Knights were a strong opponent last season, defeating the Rattlers 45-10 on Oct. 12, 2018, finishing the season at 8-4 overall and advancing to the second round of the UIL 6A Division II playoffs in November. This year, they’ll have 28 returners, including six offensive and five defensive starters.

Despite losing Xavier Player, who will play for Oklahoma State this fall, the team might have the best secondary in the district, led by Dave Campbell’s Texas Football Preseason 26-6A Defensive MVP Jaylon Jones, a 6-foot-2 senior cornerback and Texas A&M commit. He’s backed up by senior safety Maison Sharp, who registered 93 tackles in 2018, five of them coming against San Marcos. Junior linebacker Caleb Lewis should also see a bigger role this year after picking up five stops behind the line of scrimmage.

The offense has some of its key playmakers coming back, featuring junior Wyatt Begeal under center. The quarterback threw for 2,086 yards and 17 touchdowns while running for another 471 yards and 11 scores. His main target was senior wide receiver Daniel Jackson, who caught 66 passes for 1,044 yards and eight touchdowns. Jackson also had a big game against San Marcos with six catches for 75 yards and a touchdown. Senior running back DeQuavion Thomas should also get his chance to lead the backfield after battling injuries the past two years.

The Rattlers will host the Knights inside Rattler Stadium on Oct. 11 at 7:30 p.m.