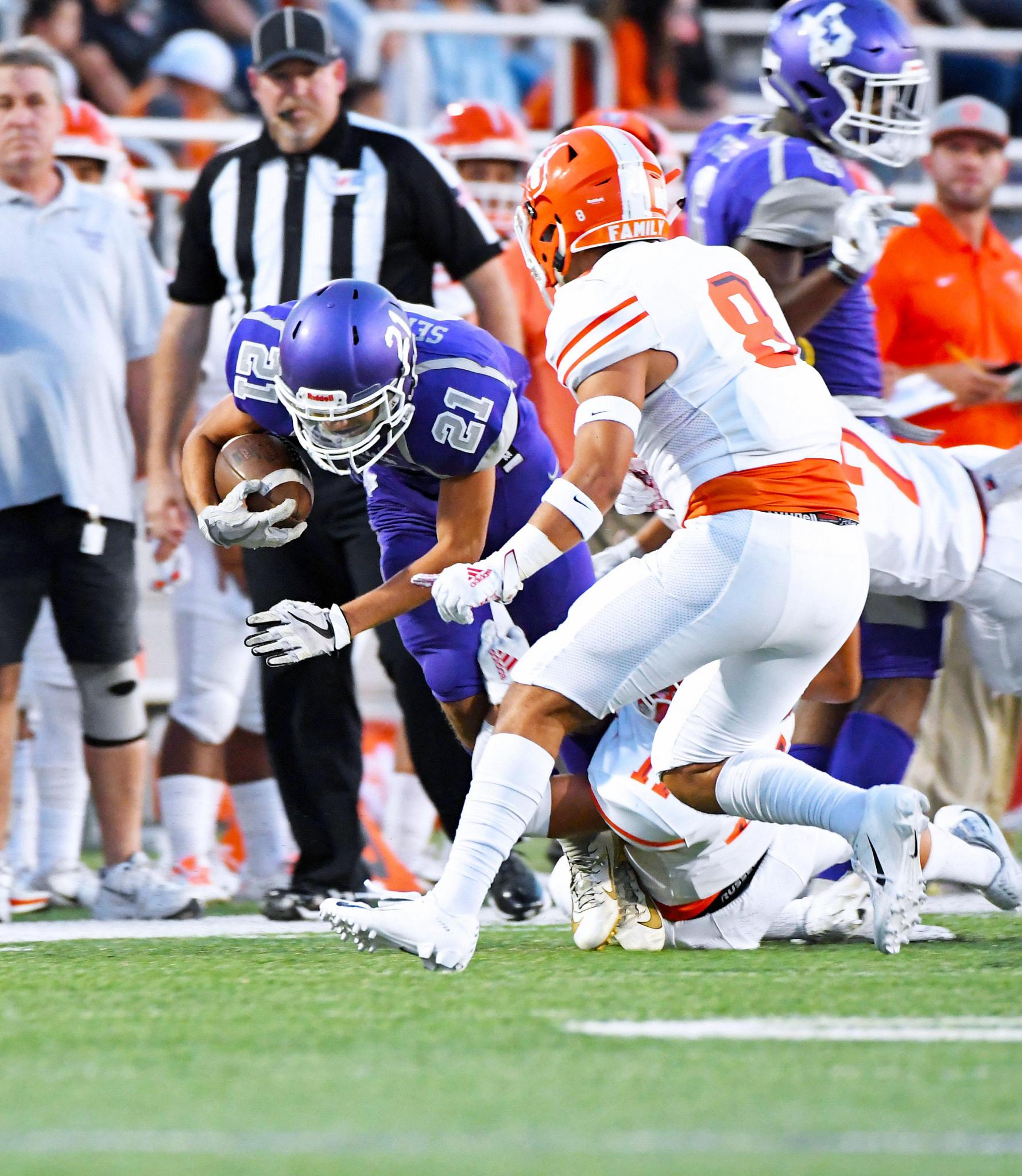 San Marcos will round out District 26-6A play in 2020 with a home game against Austin Akins.

Akins should be very familiar with its personnel this season, losing just 10 seniors in the offseason and returning 22 lettermen, including 12 starters — five on offense and seven on defense.

Quarterback Quincy Welch took over for the Eagles midway through the 2019 season and produced 1,191 yards and eight touchdown passes. He’ll get some of his top offensive linemen back for his junior season in Nick Hall and Angelo Serrano but will be missing his top four pass-catchers this year. He’ll likely rely on sophomore wide receiver Darius Peters and running back Nate Davis to help him carry the offensive load, the latter of which ran for 750 yards and eight touchdowns.

The defense should be well-equipped with some of last year’s top playmakers back. Defensive backs Robert Mallet IV and Kimani Smith will patrol the secondary after combining for 111 tackles and one interception. Linebackers Gabe Nino (75 tackles, four sacks) and Luis Rojas (50 tackles) return as well. Linebacker Zac Cagel and defensive end Riley Delgado should see the field more in their junior seasons.