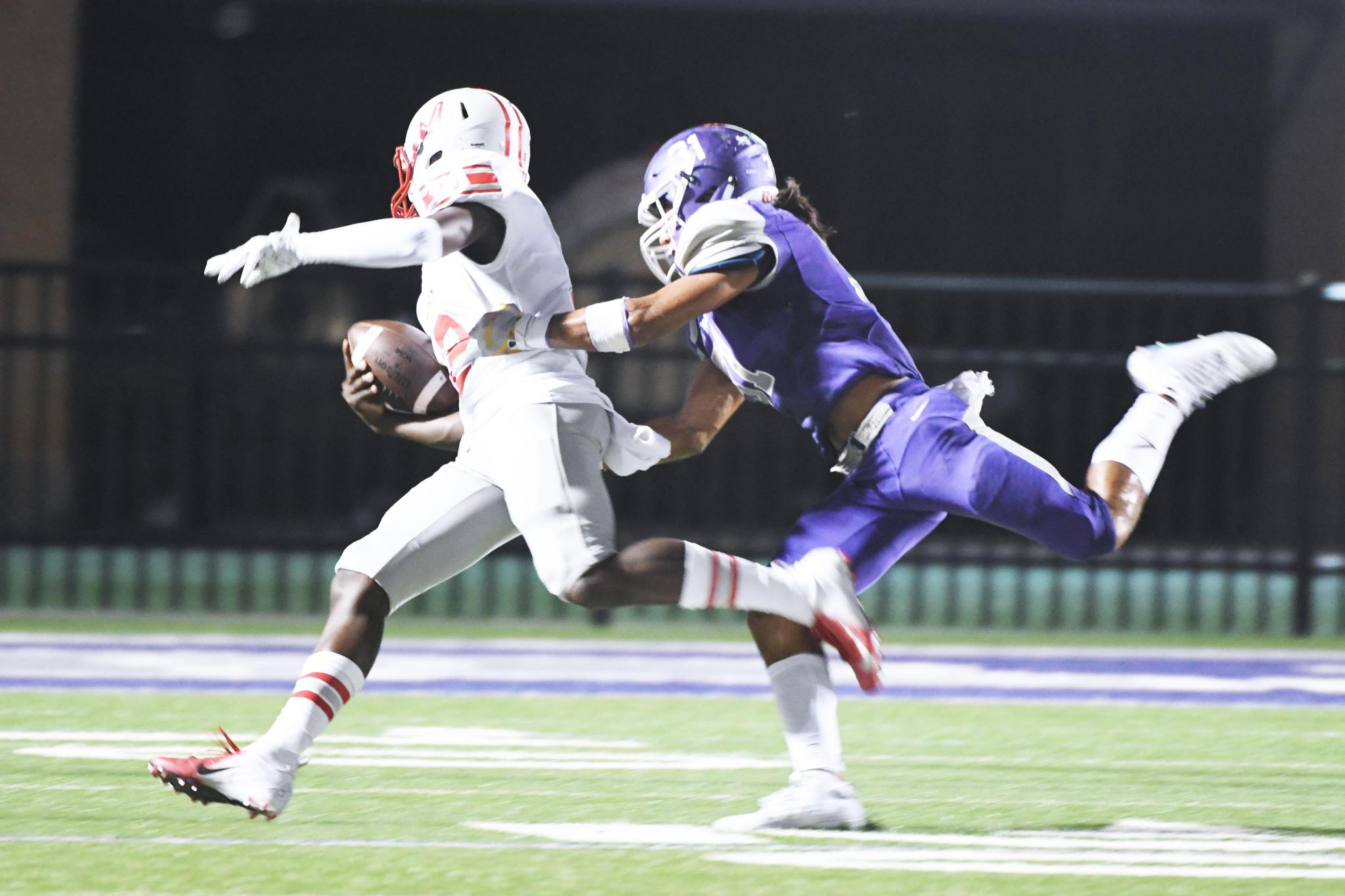 Converse Judson’s 47-7 win over San Marcos inside Rattler Stadium on Sept. 28, 2018 proved to be a strong indicator of the Rockets’ strength last season.

The team made a deep run in the UIL Division I 6A playoffs, reaching the quarterfinals before falling to Austin Lake Travis on Dec. 8, 38-21. Judson lost over three quarters of its lettermen, with 10 student-athletes making commitments to play in college on National Signing Day on Feb. 6, and bring back 14 players from its 2018 team, the fewest  of any team in District 26-6A.

Most of the returners come from the offensive side of the ball, with seven starters from last year expected to retain their spots. Senior quarterback and reigning District Offensive Player of the Year Mike Chandler II threw for 320 yards and two touchdowns against San Marcos last season, and will step behind center again for the Rockets in 2019. Six-foot-three senior wide receivers Amarea Bailey-Davis and Anthony Shelton tower over most defensive backs and are both major threats in the endzone, combining for 18 touchdowns last season.

Junior running back DeAnthony Lewis will get more opportunities leading the backfield after picking up 491 yards and six scores on the ground last year, and Lucas Coley, who posted 198 yards passing, 91 yards rushing and 158 yards receiving as a sophomore, will continue to lineup all over the field.

Judson’s defense might see some significant setbacks, though, with senior safety Jaylen Cloud as the lone returning starter. Juniors Tristan McDonald and Donnie Moody and sophomore Treylin Payne will hold down linebacker duties and senior Nate Pryor and junior Evante Freeman will lead the charge on the defensive line.

The Rattlers will face the Rockets in Converse on Sept. 27 at 7:30 p.m. Dave Campbell’s Texas Football magazine predicts Judson to repeat as 26-6A champions.