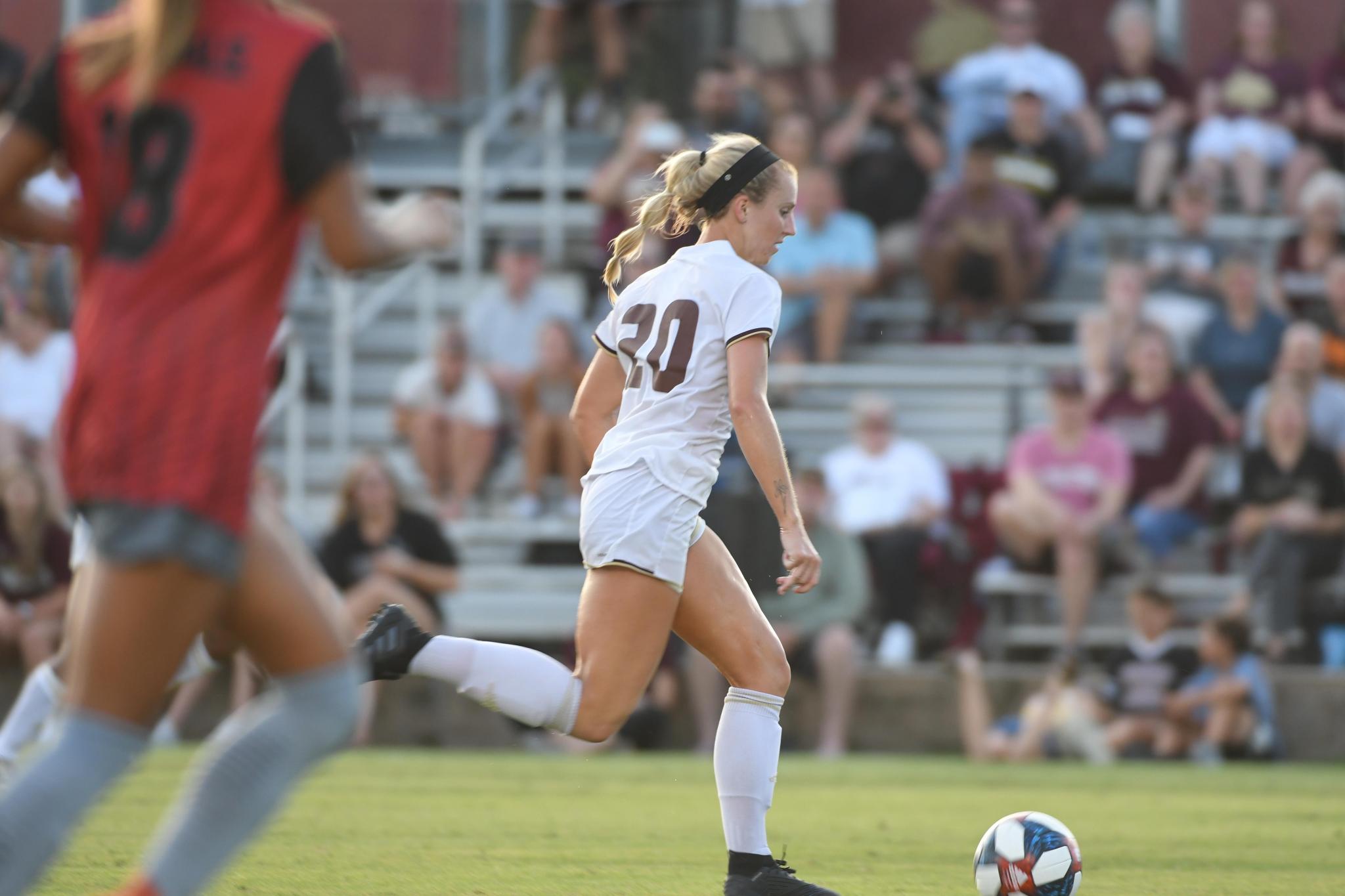 Playing the waiting game finally paid off for Kaylee Davis.

The former Texas State forward’s professional soccer career was up in the air two months ago. Davis struggled to stay patient while leagues across the world put their free agency periods on hold during the coronavirus pandemic.

She wasn’t sure if the move would even happen.

“It's also hard to hold off on, you know, every other future-oriented plan because, if it indeed doesn't happen, I just can't afford to sit around and do nothing,” Davis told the Daily Record in April. “So it's just been hard to actually have to think about what it may look like if it doesn't happen.”

Toward the end of the spring semester, Davis started working with Lenny Lun of Upper V Athletes Management. Davis said she didn’t care where the opportunity came from, she just wanted a shot to go pro. Lun helped find her one.

On July 24, ZFK Spartak announced they had signed Davis.

“I would say the team’s history of winning championships and the experience of playing in the top league here (appealed to me),” Davis told the Daily Record via text message. “They also compete in champions league which is very competitive and exciting!”

Located in Subotica, Serbia, ZFK Spartak is currently on a 10-season championship streak in the Serbian SuperLiga and has earned a spot in the UEFA Women’s Champions League for the upcoming year.

Davis made the trip overseas a few weeks ago. Serbia is seven hours ahead of Texas time but she’s adjusted so far. She’s still picking up on her Serbian. She can say “thank you” in the native tongue and also “ciao,” which means hello and goodbye.

“I think that counts as three words,” Davis said.

With the wait to sign with a pro team now over, Davis is ready to officially begin her career. Her first match takes place Aug. 8.

“Serbia has been great. It is very different from home, but I'm grateful for the experience and the chance to learn another culture. I should be here through November 15,” Davis said in a text. “I hope to help my new team win another championship!”