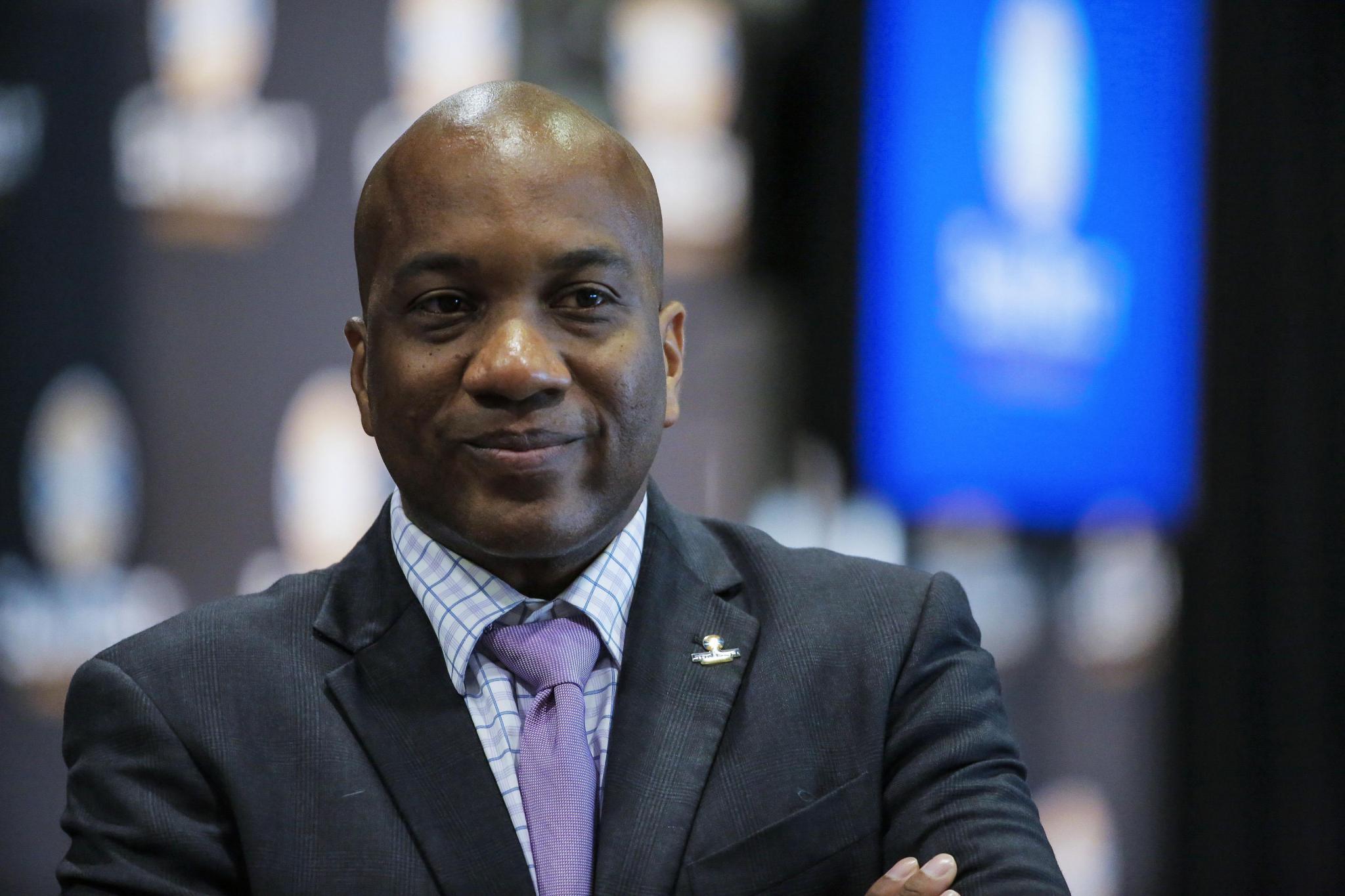 “I am grateful to (Arkansas State University Chancellor Dr. Kelly) Damphousee, (University of Louisiana at Lafayette President Dr. Joseph) Savoie, and all of the Sun Belt presidents and chancellors for extending my opportunity to serve the conference as we provide invaluable experiences for our student-athletes and increase the visibility of all of our members,” Gill said in a statement. “I’m proud of the ways in which our membership pulled together to allow all of our student-athletes to compete safely during their traditional seasons. We look to continue the momentum from our record-breaking 2020-21 academic year.”

Gill was introduced as commissioner on March 29, 2019. During his time with the conference, he’s helped the league through a global pandemic and also started the “BE THE CHANGE” initiative to promote racial equity and inclusion.

On April 15, Gill was appointed to the NCAA Men’s Basketball Committee for a five-year term.

“We are pleased to recognize Commissioner Gill’s leadership with this contract extension. His first year as commissioner was interrupted by the advent of the pandemic, which likewise consumed the entirety of his second year. In spite of that challenge, Keith continued to lead the conference forward, while also mitigating the impact of the pandemic,” Damphousee stated. “He managed the Sun Belt’s response to COVID-19, allowing all SBC student-athletes to complete their seasons during their traditional competition calendar – no small accomplishment. As incoming President of the SBC Board of Directors, I look forward to working with Keith and his team as we expand the competitive success and visibility of our conference and its member universities.”

Gill is the first Black commissioner in FBS history and is currently a member of the NCAA Division I Nominating Committee. His contract with the Sun Belt will run through June 30, 2026.

“In my role as the president of the Sun Belt Conference, I’ve had the pleasure of working closely with Keith Gill during his first two years as Commissioner,” Savoie stated. “Keith has had a positive impact on several fronts – strengthening the conference, raising our visibility, and providing crucial leadership throughout the pandemic. We’re pleased to offer him a two-year extension and look forward to the conference’s continued growth.”