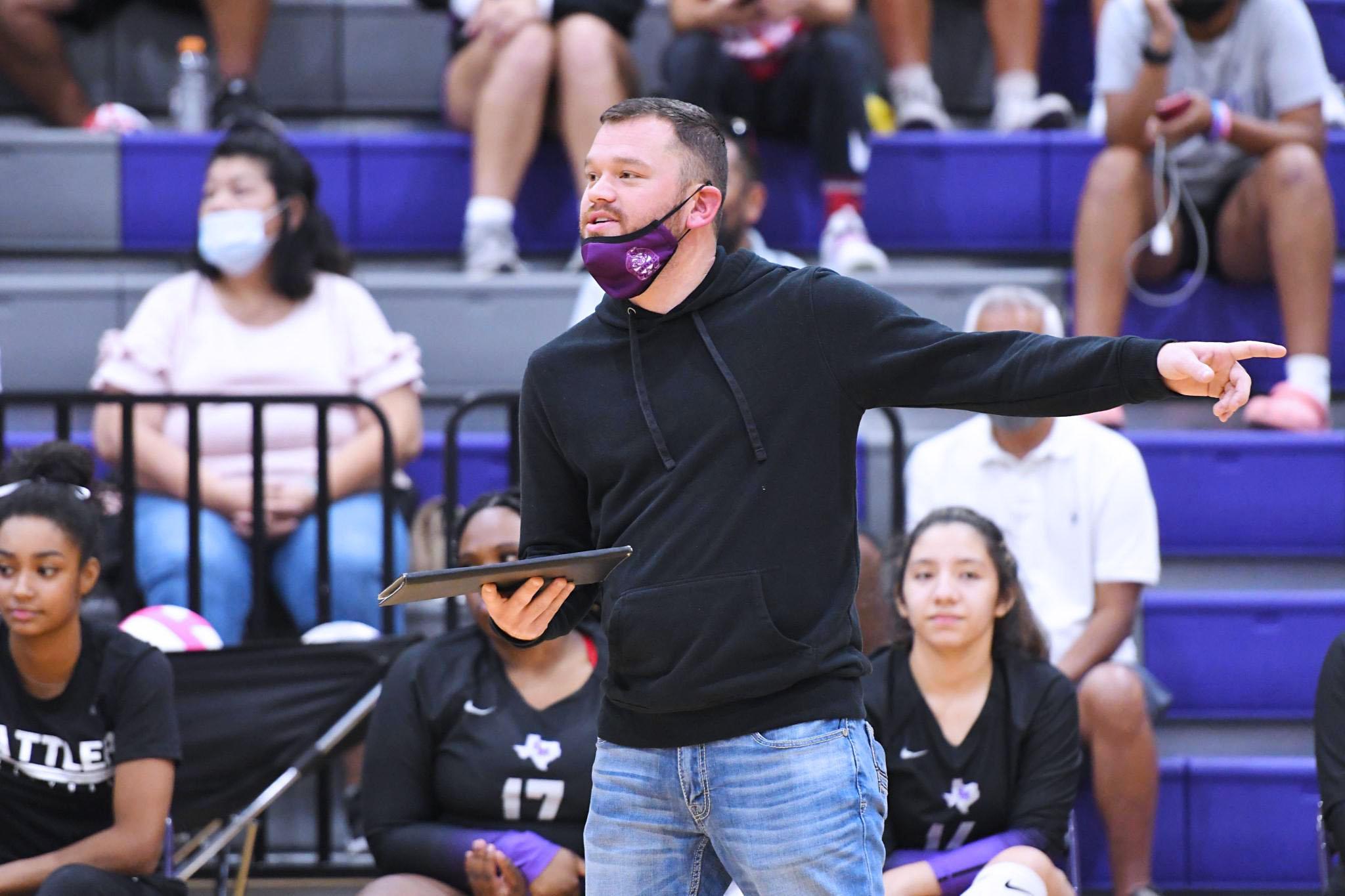 “Everything kind of lined up and it worked out, so I'm pretty stoked and excited to get the ball rolling now in offseason with the girls,” Kennedy said.

“Coach Kennedy is the right guy to take the reins of our volleyball program and lead our girls moving forward,” San Marcos Consolidated ISD athletic director John Walsh said. “Glenn is a proven winner as a head coach and has the positive energy we want leading Rattler Athletics."

The vacancy was made open by former Lady Rattlers head coach Jared Te’o, who stepped down from his position in December after two seasons with the team. Kennedy was brought into the program by Te’o this season to be an assistant varsity coach and to lead the junior varsity team, the two being connected from their time coaching in club volleyball.

Early in the season, Kennedy filled in as San Marcos’ interim head coach while Te’o dealt with an illness. The pair of coaches led the purple and white to the winningest season in program history, going 32-13 overall.

“This past summer I wanted to bring someone in who I knew could benefit the girls, myself as a coach and the program — not only immediately but in the long term,” Te’o said. “Glenn was instrumental and vital to our success this past season and it wouldn’t have happened without him. He has turned a program around very similarly to San Marcos and I know he’s going to continue to push Rattler Volleyball even further.

“He’s a good friend on and off the court and he’s constantly trying to learn and grow as a coach, which is going to pay big dividends for San Marcos. It was tough leaving, but I know Kennedy is more than capable and that makes me excited to continue following along and supporting the team’s success.”

Before arriving at San Marcos, Kennedy got his start in volleyball as a senior at Cleveland Tarkington. He was friends with the son of Denise Johnson, the Lady Longhorns’ head coach, who would ask them to come in and help the team practice. Johnson’s daughter was also the director of the only club team nearby, who gave Kennedy his first opportunity to coach.

Kennedy got his first job as a high school coach at Liberty in 2015, where he spent two seasons as an assistant before being promoted to the head coaching spot in 2017, where he led the team to a 48-31 record over two years. The coach was then hired at Texas City in 2019, a school that hadn’t made the playoffs in three years at the time.

“I have always loved the opportunity to take programs that have struggled and challenge myself to see what I could do and if I can turn a program around,” Kennedy said. “And that's kind of where Texas City was at.”

The Lady Stingarees went 32-15 overall and 10-4 in District 22-5A play in 2019, finishing in third place in the district and ending the playoff drought — Kennedy was voted the league’s Coach of the Year. The next season, the team went 15-8 overall and 10-6 in district play, going three rounds deep in the playoffs and reaching the UIL 5A regional quarterfinals.

Kennedy said it was odd to take a back seat again and not be the one calling shots this year when he joined San Marcos, a move he made so that he’d be able to spend more time with his younger brother, Jagger. But he’s confident that already being embedded into the program will be extremely beneficial as he takes over.

“Jared and I joked all the time, you know, if it wasn't him, I don't know if I would have been able to be an assistant for anyone else,” Kennedy said. “I know the girls now, the girls know me, they know my style. I believe they're already becoming completely bought into what we're doing this offseason as I've been working with them. You know, our bar is set pretty high but they're on board and they're ready to keep pushing and keep making waves like we've done here the last couple years.”

The new head coach will now oversee a period of transition for the Lady Rattlers as seven seniors graduate this spring. But Kennedy is looking forward to the challenge and the chance to put his own mark on the team.

“I'm real big on outside-of-the-box volleyball. I like to try new things and do things that are not really conventional,” Kennedy said. “Up here, I feel like there's a certain type of ball that's played across the board for most of the schools and we're really pushing this offseason to kind of do things differently.

“We're going to speed up our offense a lot. I have some girls that are going to be playing some new positions and we're going to be trying new things. And it's just, you know, having the girls buy in and be ready to jump in and do anything we need to do to be successful to compete at the highest level.”