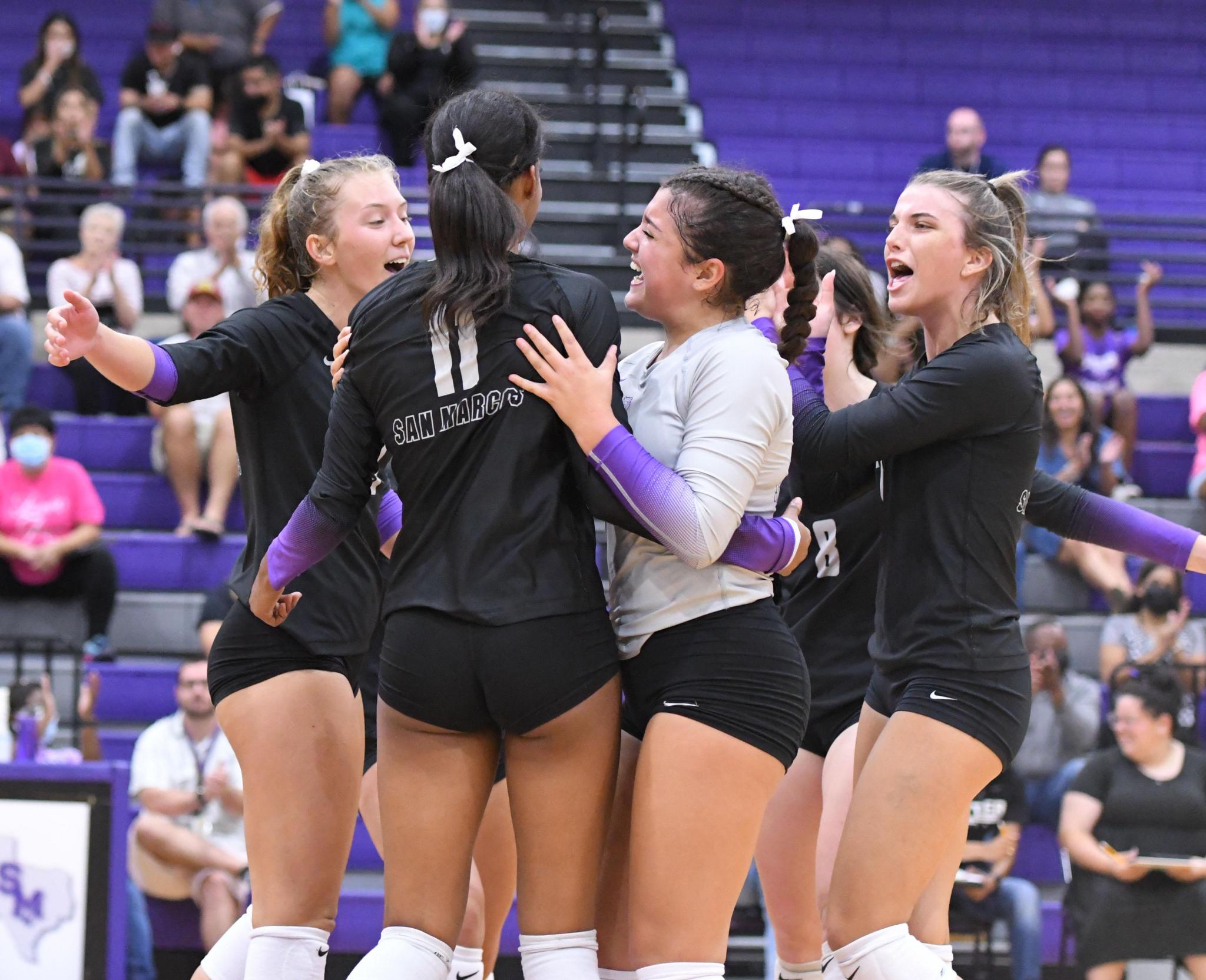 In their first match of the year in District 26-6A, the Lady Rattlers swept Austin Bowie, 3-0 (25-16, 25-17, 25-11). The purple and white held control in each set only giving up the lead twice throughout the entire match. Head Coach Jared Te’o returned to the sidelines, and was pleased with what he saw.

“I complimented them tonight actually, the first thing I said in the locker room was we followed the game plan a little better,” Te’o said. “We didn’t play very well, but (the girls) were trying to execute what we asked them to do.”

The Rattlers (25-5, 1-0 district) had to have a tough conversation after their last tournament of preseason ended, and since then, they seem to have found their “juice.” It’s something that Te’o felt was missing before district play, but San Marcos oozed it in a dominant performance over the Lady Bulldogs (9-15, 0-1).

Te’o feels his team is beginning to truly hear and act on what he and his staff are preaching. They’ve upped the intensity in practice, and it’s translated to gametime. The increase in energy has also promoted more communication on the floor.

“I think it helps to be playing in district, I feel like they just want it more so they’re a little more focused,” Te’o said. “I think having that talk I had with them and then being out for a week also helps, because they thought that I was super mad and I just wanted to be gone from them. So, they were scared a little bit, but they worked really hard this week in practice and it showed. At the end of the day we just want them to try what we’re asking them to try and if they fail, they do, but we just have to have them trust us.”

The seniors on the roster led the charge of bringing the “juice” and communicating in the Snake Pit. Middle blocker Emery Jones had a big night with 12 kills and five blocks, outside hitter Joseyln Roberson had seven kills and three blocks and outside hitter Maggie Walsh led the way with 18 kills and two blocks.

Jones and Roberson said one word that would describe this group of seniors is “drive,” and that’s a quality they’ll rely on for the rest of the season.

“I think what we’re still working on is being able to (lessen) our errors,” Roberson said. “Whether that be a serve-in, serve and receive, hitting a ball over the net if you know it’s not a good set, just making smart decisions.”

Jones also harped on being disciplined in what Te’o and his staff are communicating to the team, and making sure players allow themselves to be coachable.