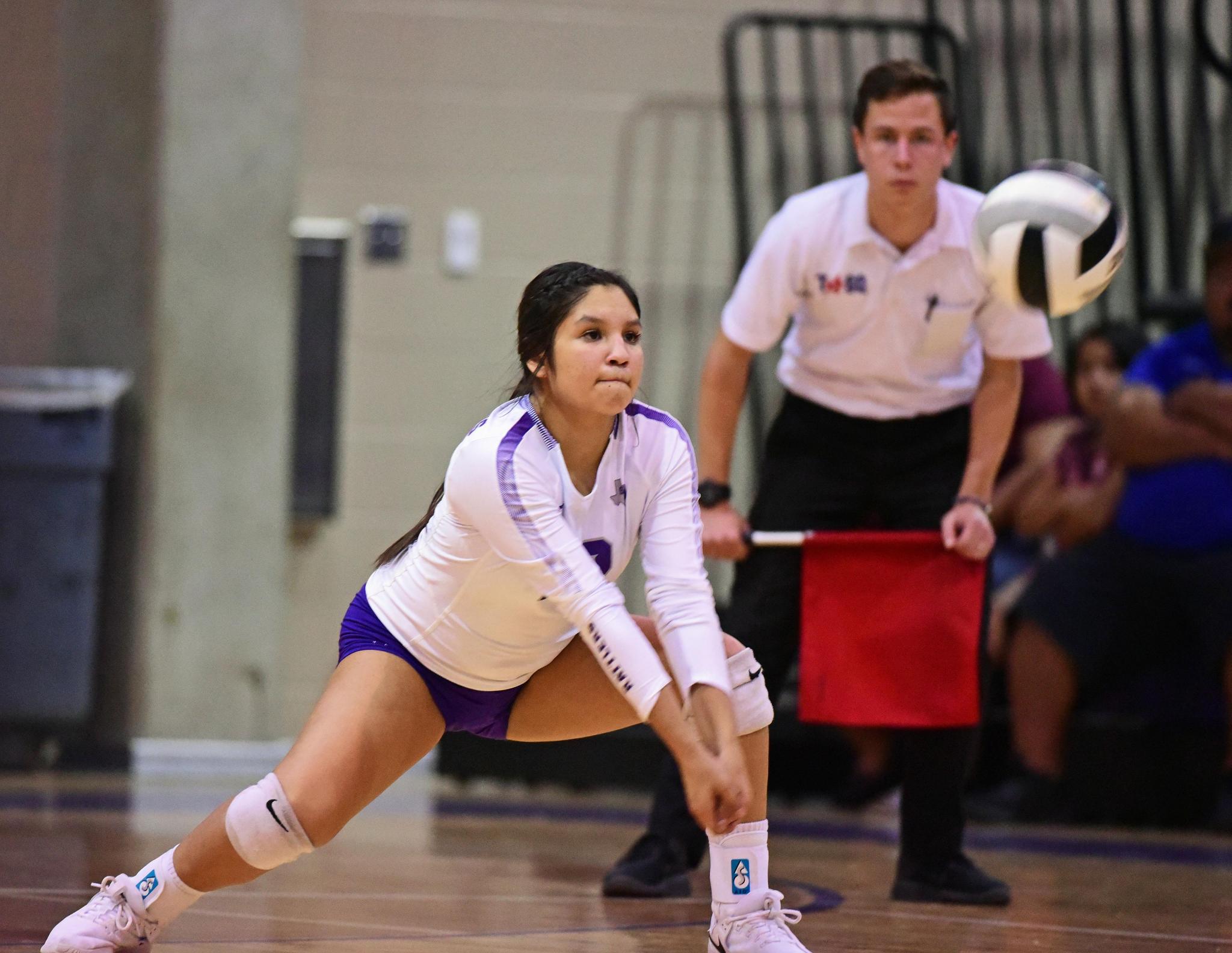 After surrendering a season-high 44 digging errors on Tuesday in a 3-1 road loss to Schertz Clemens on Tuesday, the Lady Rattlers continued to struggle defensively.

San Marcos was swept 3-0 by New Braunfels at home inside the Snake Pit on Friday. The Lady Unicorns fought with a pointed attack that the Lady Rattlers could never seem to counter. The team dropped the first set, 25-12, the second, 25-9, and the third, 25-13.

New Braunfels won the game at the front line. They racked up 44 kills en route to building a .405 hitting percentage for the match. San Marcos only posted 16 kills and swung for a much-lower -.011 percentage.

Senior middle blocker Shyeann Lampkin led the way with eight kills on 25 attempts, but no one else on the roster contributed more than three kills.

The Lady Rattlers also struggled to stop the Lady Unicorns at the net. The team rejected just three shots all night, two from Lampkin and one from fellow senior middle blocker Devin Branch. San Marcos is 6-7 this season when the team blocks three or fewer spikes.

With the win, New Braunfels climbs to 25-11 overall and 3-2 in district competition, tied for third place, while the Lady Rattlers remain in last at 16-18 and 0-5.