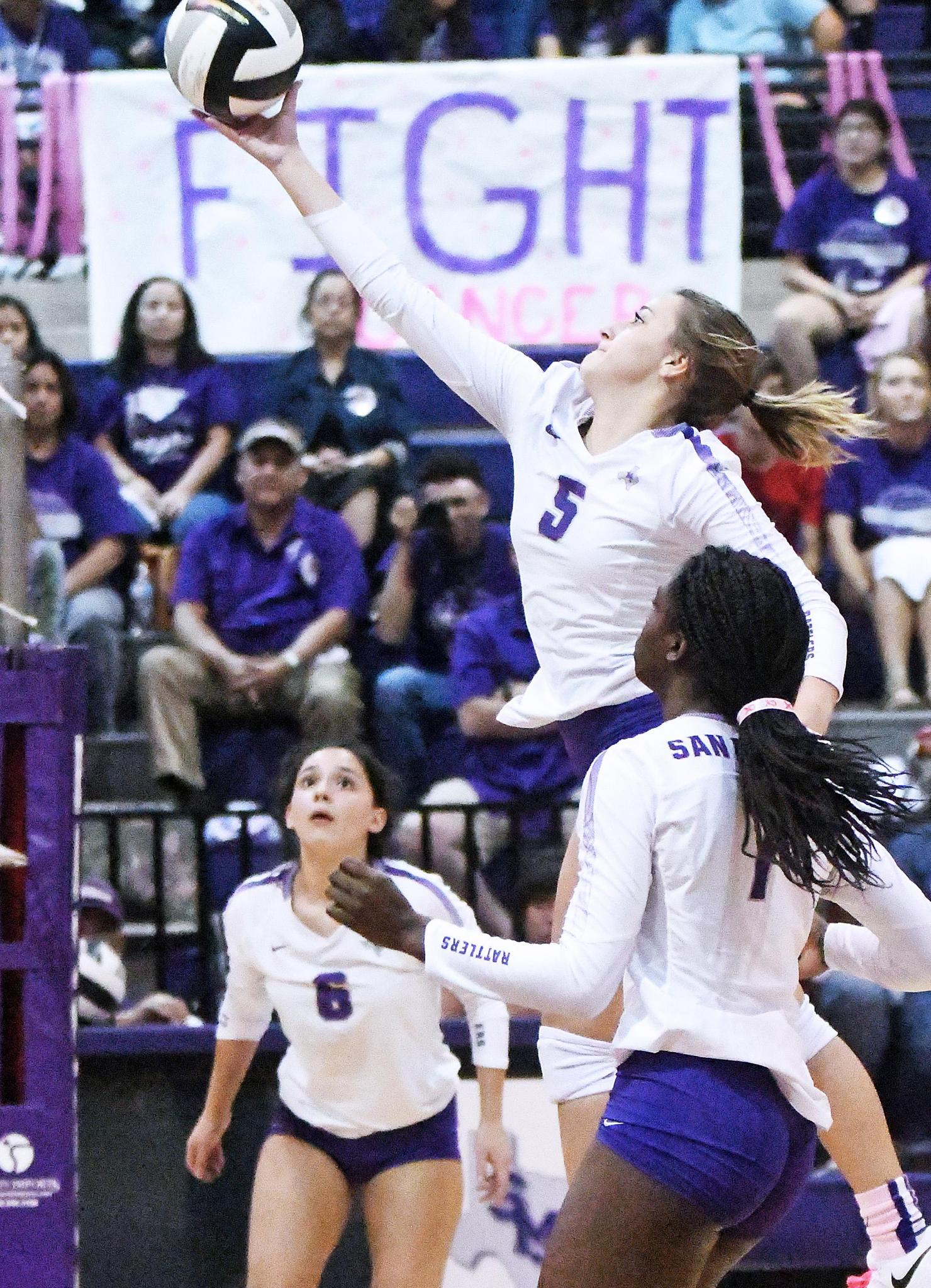 With five games left in the season, the Lady Rattlers entered Tuesday night’s home matchup with Cibolo Steele still looking to win as many games as possible. The determination was evident from the get-go. San Marcos hung neck-and-neck with the Lady Knights as the teams were tied 7-7 early in the first set.

But after a 5-0 serving run from Steele, the Lady Rattlers never recovered. The Lady Knights took the first frame, 25-16, and eventually the match, 3-0.

“We dug ourselves some holes,” head coach Michelle Moreno said. “You know, (we) tried different lineups, we’re off on our passing a little bit ... And so that’s just something that we’re going to have to continue to work on and that’s something that we work on every day in practice.”

The team shrugged off the first set loss by building a 5-2 lead in the second, with three kills coming from senior middle blocker Shyeann Lampkin and junior setter Jade Olivo. Steele managed to tie the set back up at 13-13, but an ace from senior libero Celie Contreras put San Marcos back up, 15-13.

The Lady Rattlers couldn’t hold off another comeback, though. The Lady Knights closed out the frame, winning 25-20.

Steele kept rolling in the third game, jumping out to a 13-3 lead. But San Marcos still wasn’t finished.

Two assists from sophomore setter Julia Antu to Lampkin and senior outside hitter Madison Mendez and another ace from Contreras helped the Lady Rattlers survive through three match-point plays and cut the lead back to single digits. The Lady Knights scored a kill on the next play, securing the set, 25-16, and the match.

“That third set we started fighting back just a little too late,” Moreno said. “We make mistakes -- too many at times. I definitely feel that the fight is there, the desire to win is still there. We haven’t at all given up.”

Now with just four games left in the season, the goal remains the same.

“We just want to keep improving individually, of course, and as a team, as a whole,” Moreno said. “And we’re still fighting for as many district wins as we can get. So, we’re just going to take it one game at a time.”