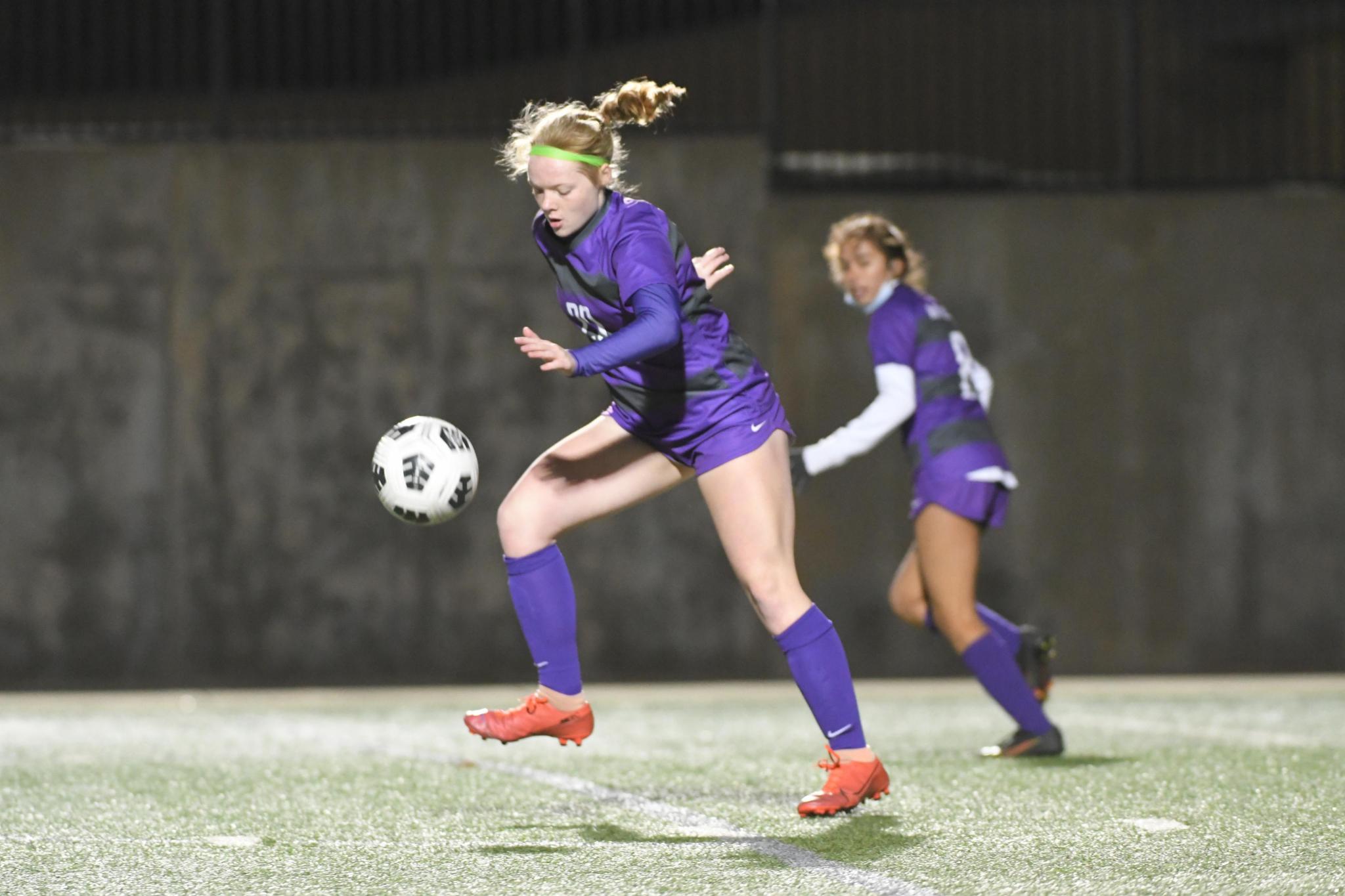 An early foul call proved costly for the Lady Rattlers.

After roughly 11 minutes of play during Tuesday night’s match between San Marcos and New Braunfels Canyon inside San Marcos Toyota Rattler Stadium, the Cougarettes were awarded a free kick just outside the box. The visitors fired and found the net from distance to go up 1-0 with 28:45 left in the first half.

The purple and white couldn’t find a way to come back in time, suffering their first loss of the season.

“I mean, maybe I'm biased but I didn't think that was a foul,” head coach Kassi Hormuth said. “So it was hard to watch and it's hard that we went down just off of a free kick like that. I think if we get a little bit more focused in our goalkeeping aspect and get hands on that, I think next time — I think if you gave that shot to (junior goalkeeper Adylyn Jeffers) again, she would get it the second time around. So it's a tough loss to go out on a free kick like that, but it happens sometimes and we're ready to learn from it.”

San Marcos pushed hard for the equalizer through the rest of the match. The defense didn’t allow another goal the rest of the way and the offense created chances in the attacking third, earning a number of free kicks and corners.

“I think the response is great. I didn't think for a second that they put their heads down and got down on themselves. They fought, really, until the very, very end. And those last few minutes, I could see that urgency pick up and we were hungry for it. I think we had, like, five throw-ins down here,” Hormuth said. “So I mean, all you can ask for after going down is getting a good response. And the girls gave that, so I'm happy with that.”

The Lady Rattlers still couldn’t put the ball away, though, resulting in the loss. Hormuth was still pleased with the progress she saw. The team had worked in practice on connecting more with its forwards and was able to do so against a good team in Canyon.

Hormuth hopes it’ll carry over as San Marcos looks to bounce back this weekend when it plays in the Leander Glenn Tournament beginning on Thursday. It’ll be the purple and white’s last matches before starting District 26-6A play next week.

“We're gonna get three big games there, we'll play Thursday, Friday, Saturday,” Hormuth said. “So (we're looking forward to) just getting more reps, building that team chemistry and just responding. I'm excited to see how they come off of a loss.”