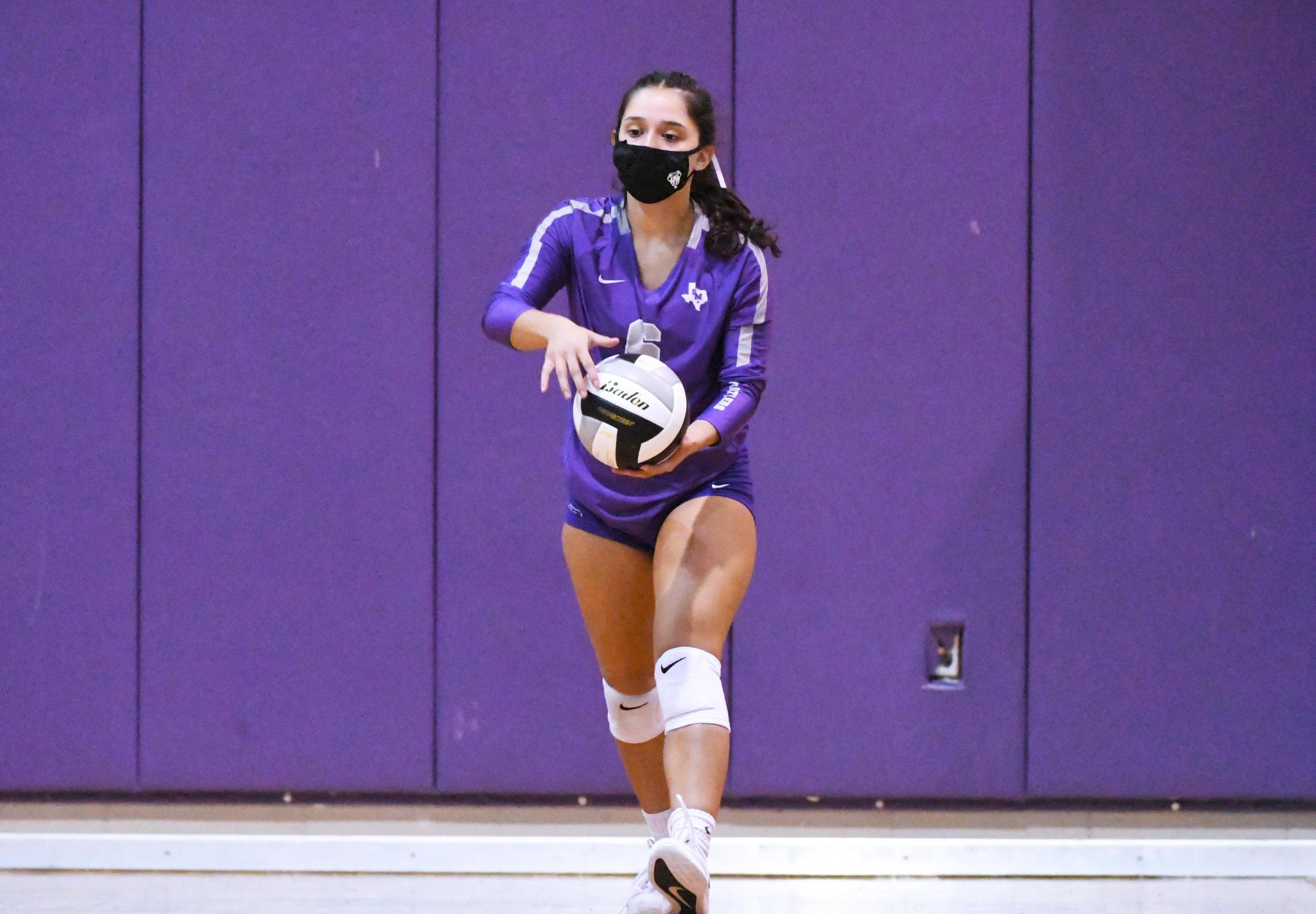 After the last home match, head coach Jared Te’o said he was going to make his team serve a thousand balls in practice. The team got the hint.

In the final set of the match, senior libero Julia Antu recorded consecutive aces, pushing the Lady Rattlers ahead 5-0 before Lehman called for timeout. A few scores later, junior outside hitter Maggie Walsh mimicked Antu’s serving performance with a pair of aces herself. The dominant serving rewarded the hosts their largest lead of the night at 15-3. Lehman fought to get double digits before sophomore Qiera Green received the final kill of the game, securing a 25-10 set win and 3-0 sweep.

Antu switched from setter to libero in her final high school season, decreasing her chances to play in the front row this year. The change ignited the senior to find different ways to score points.

“(I’m focusing on) just hitting the ball hard because I don't get the chance to be in the front row,” Antu said laughing. “So it's just my time to hit the ball.”

With Antu handling the business in the back, the Lady Rattlers outside hitters contributed by recording 21 kills between them. Walsh and senior Layla Diaz dominated early in each set. The two combined to score over half of the first six points for the hosts, giving them an early 7-2 lead. On one play, Diaz dove toward the bleachers to keep the possession alive. Sophomore setter Ruby Gordon was able to set up Walsh once again after she recorded her fourth kill of the frame and extended the Rattler lead to seven.

Diaz followed the recurring theme of serving aces with two of the final three points coming in the same fashion to end the opening set, 25-13.

The senior dominated with seven kills between the final two sets. Her offense led the hosts past Lehman in the middle frame 25-11. Diaz credited her coach and setters for putting the ball exactly where it needed to be for her to execute all night.

“Definitely (San Marcos head coach Jared) Te’o talking to me more about where he wants me to hit and some of the girls letting me know where my shots were open,” Diaz said. “And then Ruby and Robin (Ramos) to put the set where I needed them.”

Antu and Diaz led the team with six aces each. Gordon finished the night with 30 assists.

“It was exciting. We don't really even feel like seniors yet because, you know, we haven't really started school yet,” Antu said. “But it was exciting and fun”.

“It's definitely overwhelming at times, not realizing, like, we're seniors,” Diaz said. “Doing that senior walkout scared me a little bit because it made me realize we're seniors.”

San Marcos wins back-to-back matches for the first time this season and hopes to keep the win streak rolling on the road against Leander (0-5) at 6:30 p.m.

When Te’o looks across the court Friday night, he will see his longtime friend and club ball co-coach Ashley Atkinson sporting the other team's colors. Ironically, Te’o believes the two share very similar teams this season, setting up Friday's match to be a good one.

“They're a very gritty team. They don't have a ton of top-level club kids, but they work really hard,” Te’o said. “(Atkinson is) a great coach. They’re really disciplined, so they'll come fiery and ready to go. And we're going to their house, so hopefully we bring the energy that they have here.”