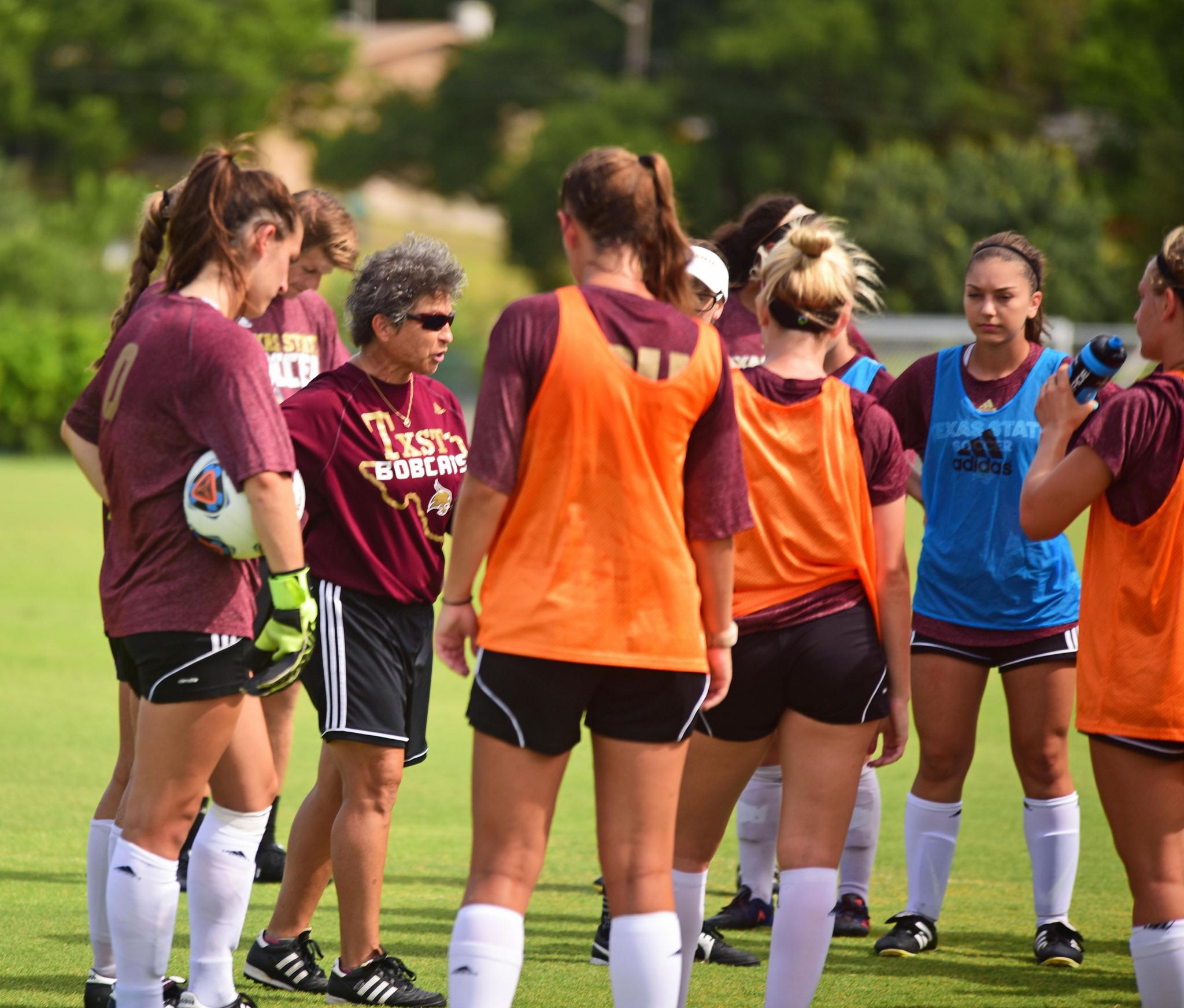 The Bobcats aren’t afraid to tell you their goals this season are high.

After a successful season in 2017 where Texas State finished second in the Sun Belt, the Bobcats are after more.

“They’ve got some high hopes,” Conner said. “They’re looking to beat the shutout record, which I’m like all for. And of course, they want to beat the win-streak record, and try to give themselves that goal of winning the conference championship. So, you’ve got to really appreciate it. Then they’ve got some culture of dominate, discipline and demonstrate. So, it’s really nice. Then their values are family, trust and unwavered. And I believe you’re seeing that with them. They’re doing it in preseason, and now it’s just carrying it on through that season.”

“It’s coming along,” Conner said. “It’s better than a week ago. But we still have a long way too. But I can tell you this: This group has had energy all preseason. Two-a-days, it’s tough and they’re coming every session ready to plug it back in and work again. So, that’s been the most refreshing, I think. I don’t think I’ve ever had a team just ready to come back in with goals set and ready, again, get after it every session. Usually, you see they get a little toasty and you have to give them a break. This group is just like, ‘Give me more. Give me more. I’m ready to learn.’ So, it’s been great.”

While Texas State has its own high expectations, the Sun Belt coaches do too. The Bobcats were picked to finish second in the conference in the league’s preseason coaches poll. Conner was surprised to see her team ranked so high, but she’s glad the conference recognizes Texas State’s potential. But Martin and Kondikoff said they’ll use being picked No. 2 as motivation this year.

“Oh heck yeah, we know that people are noticing us from last year (about) how we finished,” Martin said. “We’re happy with that, but we’re not satisfied with that. So, we’re ready to go out there and prove them wrong.”

With high hopes and big expectations, the Bobcats can live up to the hype they’ve created.

Season Start: Texas State begins its 2018 season with an exhibition match against Incarnate Word in San Antonio. The Bobcats kickoff the regular season on Friday, Aug. 17 against Louisiana Tech at 7 p.m. in  Ruston, La. Texas State plays its home opener on Sunday, Aug. 19 against I-35 rival UTSA at Bobcat Soccer Complex at 7 p.m.