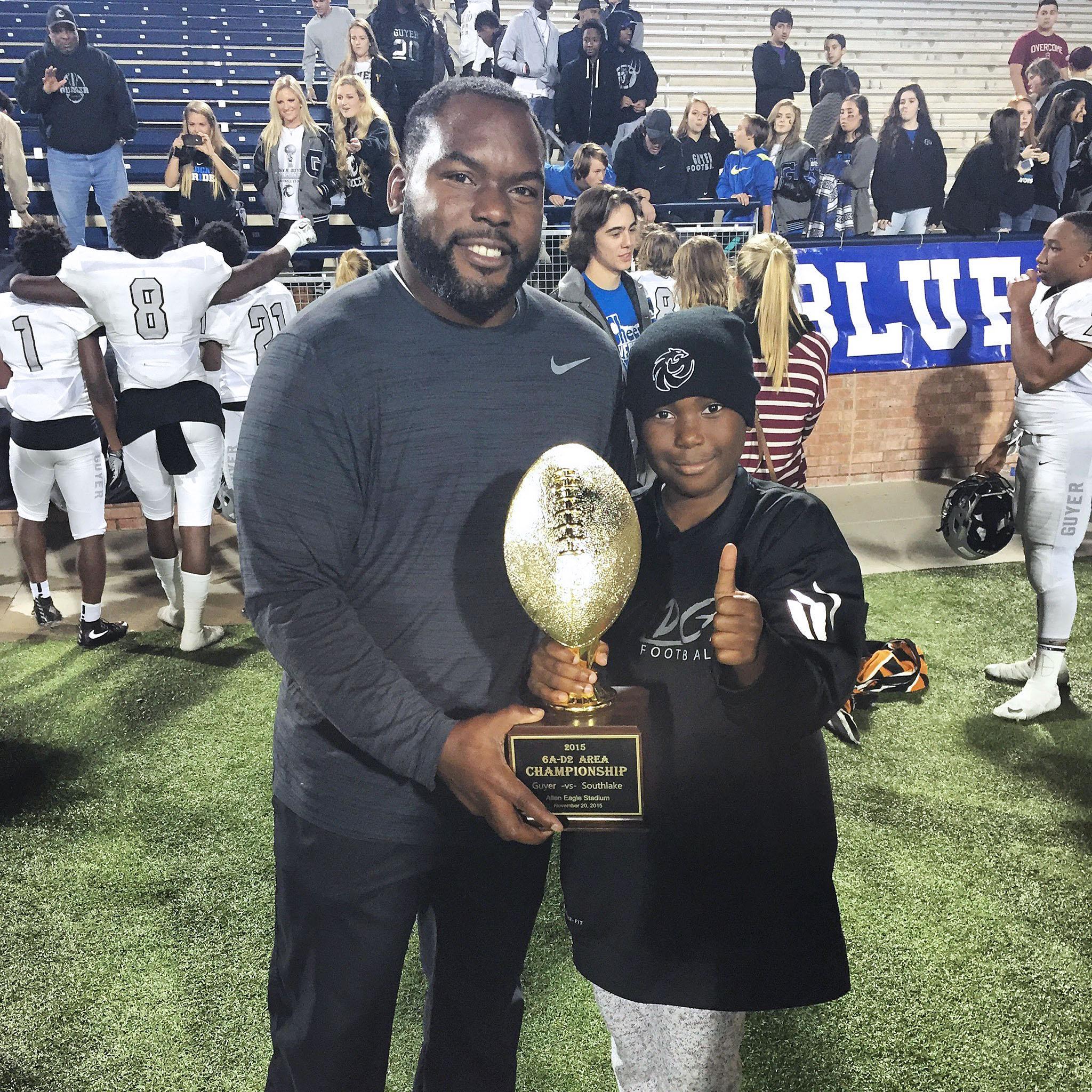 Marvin Nash considers himself a Swiss Army knife. He plans to fit in where he’s needed and just try to add value.

At the moment, the Rattlers need him. San Marcos announced Nash’s arrival on Thursday with a long list of roles he’ll be responsible for — head track coach, co-offensive coordinator for the football team, wide receivers coach, recruiting coordinator. There might be more to come.

Nash is happy to take it all on, especially for his longtime mentor, San Marcos athletic director John Walsh.

Coaching wasn’t Nash’s first career choice. Nash originally worked with a mortgage company, Countrywide Home Loans, before soon realizing it wasn’t his calling. In 2007, he reached out to a friend, Decorian Hailey, who was a part Denton Guyer’s football staff. Hailey arranged for Nash to meet with Walsh about a coaching position.

“After I interviewed him, I could just tell his personality was dynamic and he was gonna be captivating to student-athletes,” said Walsh, who hired Nash to coach at Crownover Middle School. “I brought him up from the middle school pretty quick because I knew he was impactful. And he learned our system and he was just a campus game changer for us, not just in the athletic department, but over in the schoolhouse as well.”

Nash left and returned to Guyer a few times during the 12 years since, taking opportunities at Crosby, Frisco Westlake, Frisco Legacy Christian Academy and most recently Haslet Eaton. Whenever Walsh needed him to come back, Nash always took the call.

When Walsh was hired at San Marcos on May 18, Nash sent him a congratulatory text. Walsh replied asking if Nash would be interested in joining the Rattlers if there was an opportunity.

“Once your mentor calls you, you say ‘absolutely,’” Nash said. “His daughter and my daughter are friends, they played on the same volleyball team at Guyer. It's like joining a family. So when he made the offer, I was emphatic about saying, ‘Yes,’ I couldn't wait.”

Nash now gets to team up with former Guyer offensive coordinator Lee Vallejo — who San Marcos also announced the hiring of on Thursday as the school’s new OC and assistant athletic director — to run the same system that made the Wildcats a perennial offensive juggernaut.

“It's a system that the three of us have built together, so there's a lot of trust there and we're all gonna be on the same page,” Walsh said. “And having Coach Vallejo and Coach Nash with me, it's just gonna make the teaching of the rest of the staff and to our players that much easier.”

Nash’s main goal in taking over the track program is to increase participation across campus. He wants to see more student-athletes from all different sports take an interest in improving their speed, especially football players.

“I want to make that an extension of the football program while highlighting our individual track athletes because the two go hand-in-hand,” Nash said. “We have a really, really strong track background anyway and when we add in our football players, we can just enhance how well our track program will do. So that's a very important thing for me, is to grow that program.”

As a recruiting coordinator, Nash will serve as a bridge between the Rattlers and college coaches, getting student-athletes as much exposure as possible. He’s an active Twitter user with over 5,000 followers and uses his account to spotlight different players on campus. As of Saturday, he’d already tweeted out a photo of sophomore quarterback Isaiah DeLeon and highlight videos of senior safety Kannon Webb and basketball players Kaden Gumbs and Malik Presley.

In addition to promoting the Rattlers, Nash will also teach them about the recruiting process and what it takes to make it to the collegiate level. The majority of it comes down to academics and making sure each student is doing well in the classroom.

“I once had a guy tell me that it's not a high school coach's job to get scholarships for the kids and I couldn't have disagreed more,” Nash said. “I think you have to be passionate about helping kids get to college because you could ultimately be changing their lives. So there's a million tactics and a million different ways that I go about it. But one thing that will happen is that everyone will know about San Marcos and they'll be able to know about our athletes and we're going to definitely make sure that they get opportunities to play at the next level if that's what they want.”

The new San Marcos Swiss Army knife has met a few Rattlers so far. He’s eager to get to work with them.