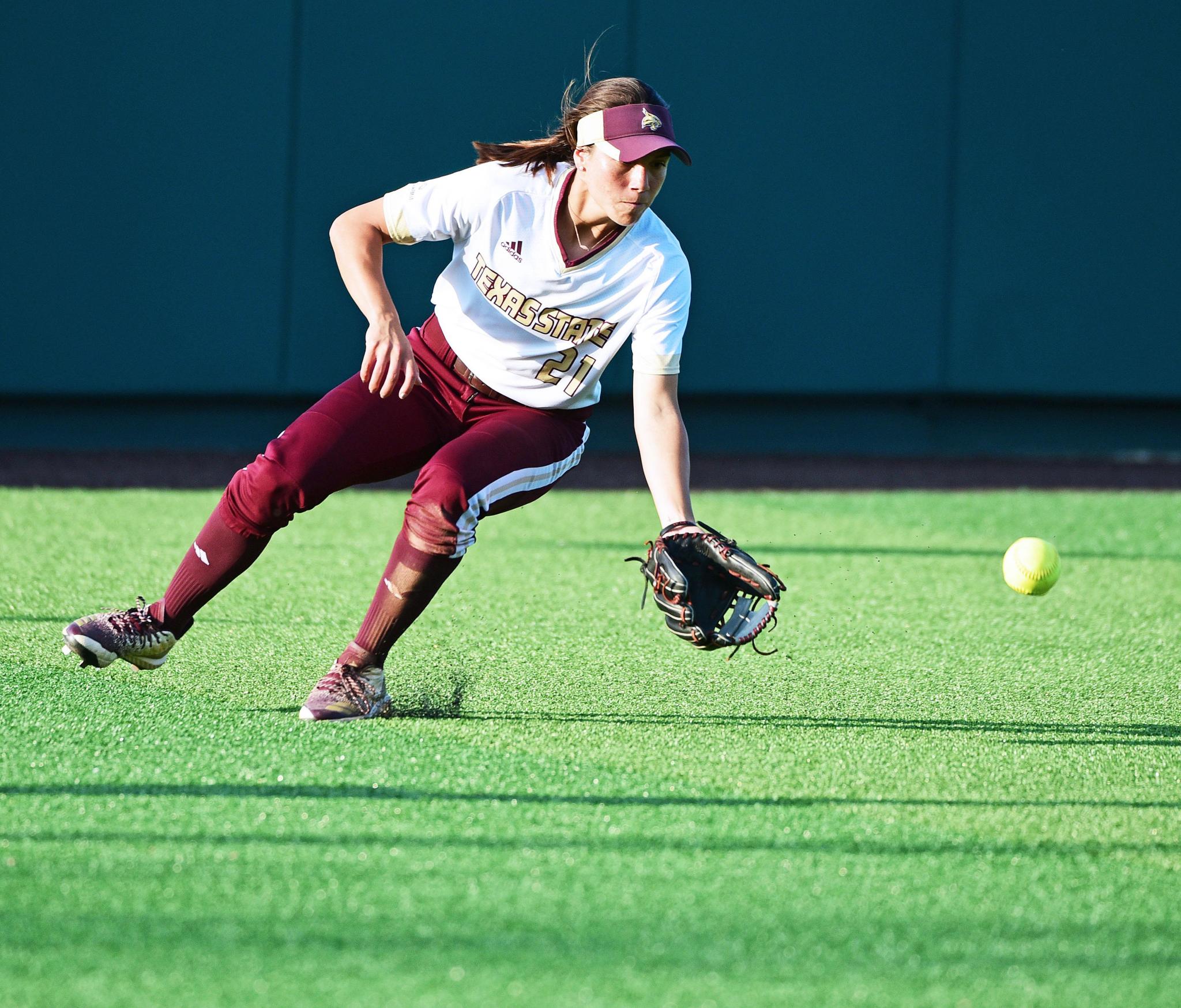 The Texas State head softball coach joined a Zoom video conference with all of her players and assistant coaches. She was happy to see them. She was sad it wasn’t in person.

“It's real. This makes it real,” Woodard said. “Sometimes I forget that it's March and that we should be out on the softball field. It almost seems like it's summer to me right now. But during that Zoom meeting with everybody on it, it just made it real.”

The maroon and gold should be gearing up for a non-conference showdown with Baylor at Bobcat Softball Stadium. Instead, everyone is staying home and socially distanced with no championship to play for. The Sun Belt Conference canceled all organized athletic-related activities on March 16 to help slow the spread of COVID-19.

But with some luck, most of the same team will remain next year.

The NCAA Division I Council Committee announced on Monday that all student-athletes who participated in spring sports are able to receive an extra year of eligibility. The decision will be made by each school for each athlete.

“The Sun Belt supports the decision made by the NCAA Division I Council to grant an additional year of eligibility for spring-sport student-athletes who were affected by the cancellation of their season due to the coronavirus outbreak,” Sun Belt Commissioner Keith Gill said in a statement. “We will work with our membership and collaborate with the NCAA to determine how best to implement this resolution. The interest and well-being of our Sun Belt student-athletes are at the core of our mission. We believe this is the correct course of action because it's another opportunity for our student-athletes to have a complete competitive season.”

The ruling also allowed for the extension of an athlete’s five-year “clock” by one year. For instance, Texas State Baseball’s five redshirt seniors can now retain eligibility as sixth-year seniors.

“I think the NCAA made the right decision giving everyone a year back,” head baseball coach Steven Trout said in a text message to the Daily Record. “It was important for all of the guys but especially the seniors. I’m just really happy for our guys right now.”

However, just because a school can bring its seniors back doesn’t necessarily mean it will. The NCAA vote did not require schools to renew scholarships for athletes who would have exhausted their eligibility in the 2019-20 season.

Schools can use the NCAA’s Student Assistance Fund to help pay for scholarships of returning players, but the decision of how much financial aid to provide remains solely on the school.

“The hard part now is that it's kind of still in the University's hands. In my opinion, the NCAA just took themselves out of it,” Woodard said. “It doesn't mean it's a for sure thing, still, for all of these athletes because the economy is not going to be in a great spot when this is all said and done … I still think that leaves a lot of questions.”

Some seniors won’t be able to return even with the eligibility relief. Senior outfielder Christiana McDowell had plans to get married and become a student-teacher after this season and told Woodard she still intends to move on from softball.

Woodard said her other three seniors, who will graduate in May, indicated they would like to come back for the 2021 season. It could mean less opportunities to see the field for the team’s seven incoming freshmen next year, though Woodard views it as a positive change.

“It may leave some of those kids as being redshirt kids — which I always think is a benefit,” Woodard said. “You know, not many freshmen get on the field in softball. It's a little bit different than the men's world where they already redshirt a lot of those freshmen. So I think it might change our women's sports a little bit and their mindsets to where that's not a bad thing. That freshman year is hard.”

The Council Committee’s vote did not apply to winter-sport student athletes, marking the end of Texas State men’s basketball senior guard Nijal Pearson and forward Eric Terry. The No. 3-seeded Bobcats were scheduled to face No. 2 seed South Alabama in the Sun Belt tournament semifinals before the season got cut short.

Woodard plans to keep meeting with her team on Zoom each Sunday. She’s also assigned a group of players to each of her coaches to check in with during the week. She said the school’s athletics department hasn’t established a timeline of when it’ll reach a decision on returning seniors, but knows the administrators will do everything they can to make it happen.

So for now, the Bobcats will have to keep waiting with questions still looming about their future.

“We're just trying to make it day-by-day and we're hoping that by the middle of May, everybody's academically eligible and ready when they tell us we can go,” Woodard said. “Taking my team on that Thursday afternoon and telling them that our season more than likely was going to be canceled for good was one of the toughest things I've ever had to do because of the team chemistry we had going, because of the season we were having. That doesn't just happen, there's a lot of hard work that goes into making that happen. You know, these players were committed to making that happen. And so I'm glad that the NCAA is going to give them the chance to continue that because they did put a lot of hard work into that.”