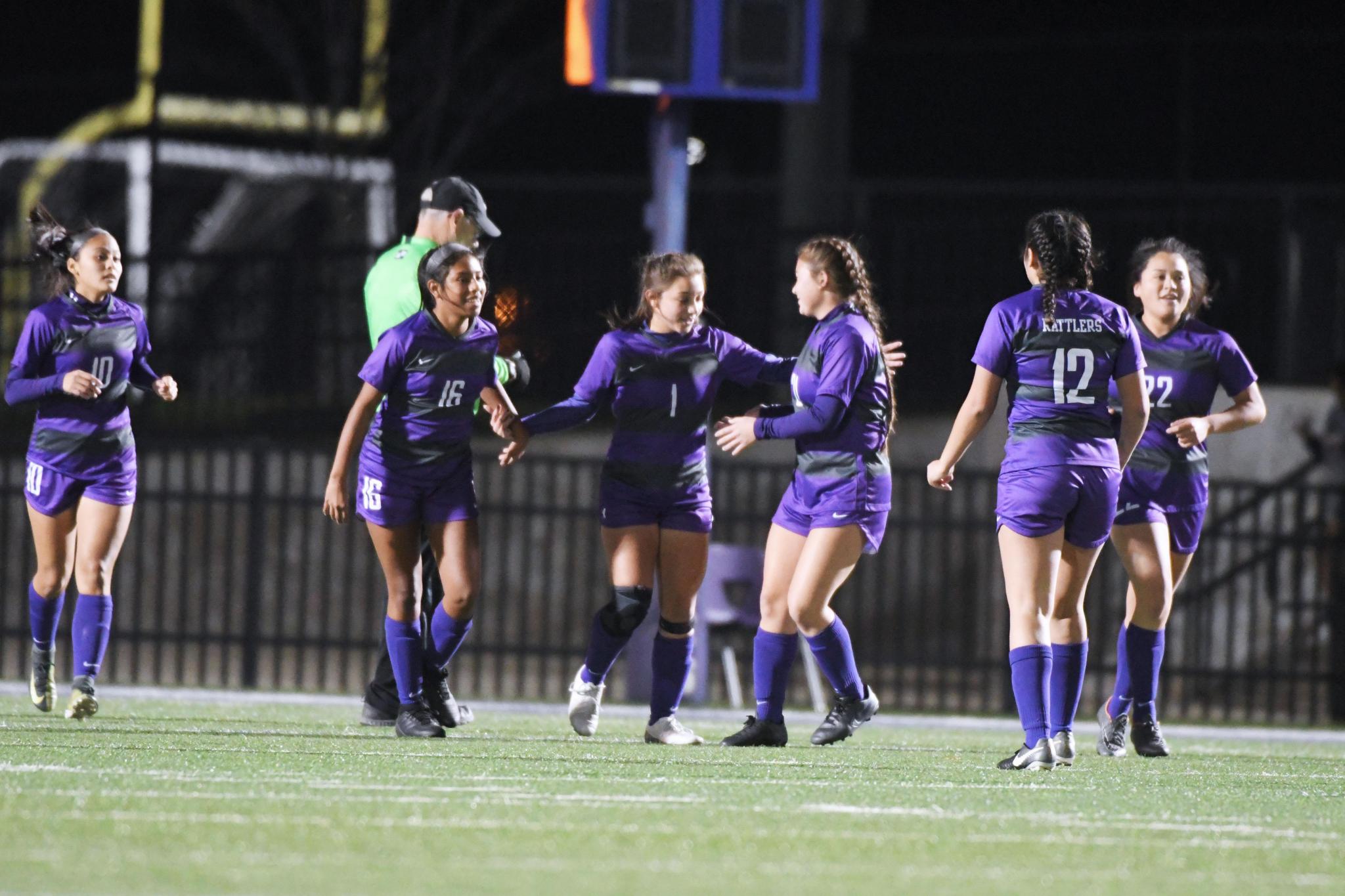 She was open, not under much pressure, one-on-one with the goalkeeper on the right side of the pitch. And she just missed.

It got on her nerves a little bit. She didn’t like how the team started in district play last Friday, getting shut out on the road by San Antonio East Central, 1-0. She was hungry for a goal.

“I wasn’t mad at all,” the junior forward said. “I said, ‘OK, next one.’ Because I told myself that I am going to score this game.”

On San Marcos’ next possession, Olivo’s teammates found her in almost the exact same spot. She fired another shot that passed the goalie and put the Lady Rattlers on the board with 29 minutes left to play in the first half. Olivo scored two more times during the game to achieve her first career hat trick and push the hosts to their first league win, 5-0.

“She’s finally starting to settle down and see it, not just, you know, trying to make it a foot race,” head coach Jason Carnley said. “Judson played a high line and we knew it was going to be a foot race. So, she was able to be in the right spot at the right time and just find the back of the net three times for us.”

Olivo scored again with 16:36 remaining in the first half. Twelve minutes later, sophomore Isabella Davila got a stop in the San Marcos backfield and saw the chance to make a run at goal. She weaved past a few Judson defender before firing a shot from the left side of the field that found the net again to give the Lady Rattlers a 4-0 lead heading into halftime.

“I feel like there was more energy. And we actually had (Carnley) come talk to us and told us not to be down on ourselves,” Davila said. “That kind of lit a fire under our butt. And we were like ‘Yeah, we’re San Marcos! We can do this!’”

Olivo took little time to finish off her hat trick, scoring in less than two minutes into the second half. San Marcos hung on the rest of the way to earn the 5-0 win.

“I think it was one of our best (matches),” Carnley said. “I mean, the goals, 5-0, looks really good. But I think moving the ball around, our tenacity, intensity was up, we were winning 50/50 balls and we were just pushing the pace. And that’s good soccer right there.”