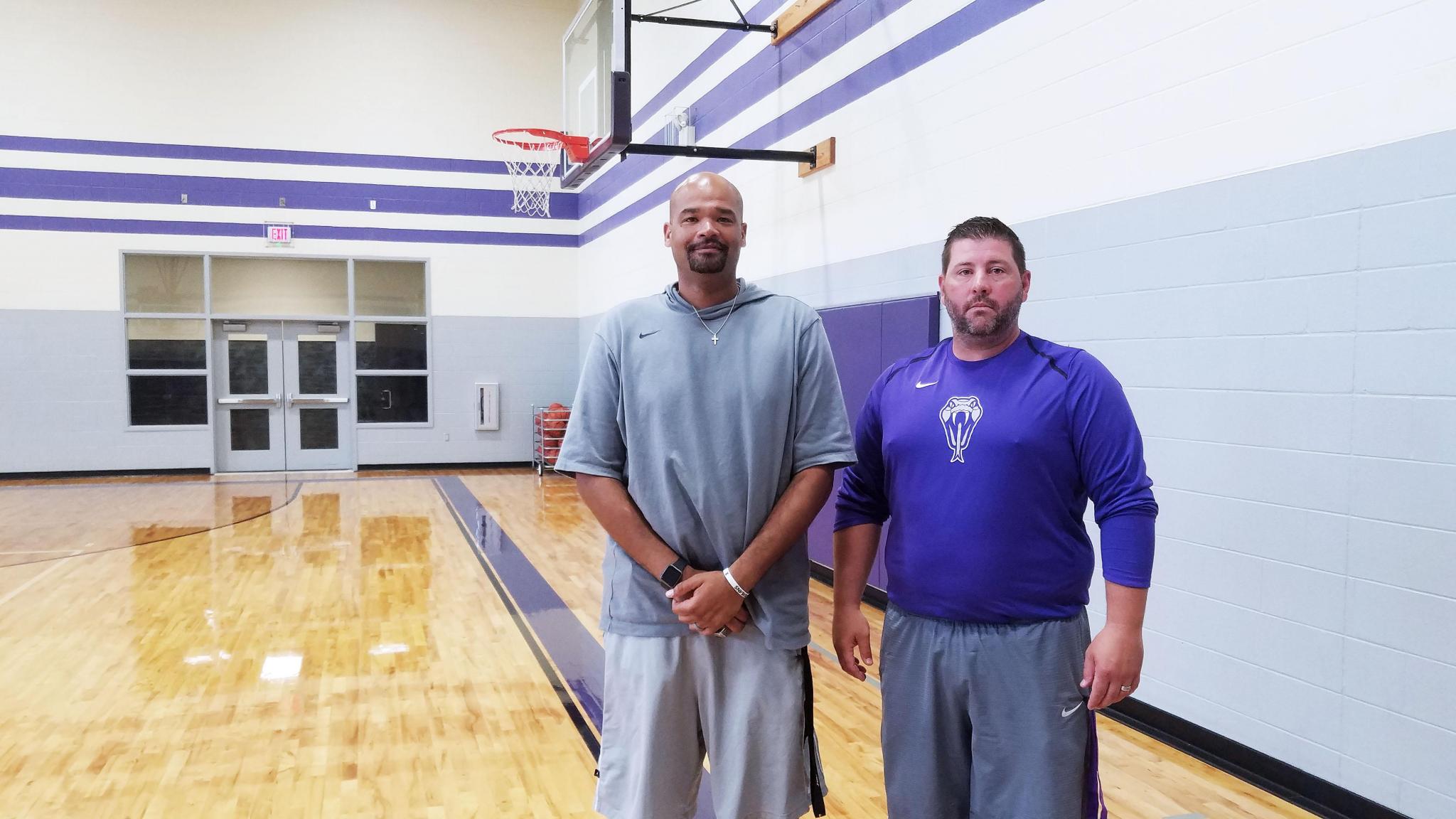 Steven Pinchback and Jason Napoli have thought about this opportunity for over a decade.

The two originally met 15 years ago in various games while Pinchback coached for McCowan and Napoli coached at DeSoto West, both middle schools in DeSoto.

“(Napoli is) one of the only guys in the Metroplex to have some success against me,” Pinchback said. “I don't tell everybody that. I might deny that.”

The coaches both eventually worked their way up to the Desoto High School staff and found a role working with the basketball team. Sometimes they discussed running their own team and what they could accomplish together.

Fast-forward to now and the coaches have turned their wishful thinking into reality. Pinchback was introduced as San Marcos’ new head boys’ basketball coach, along with Napoli as his lead assistant.

“Once the opportunity presented itself, we ran to it,” Napoli said. “I know what Coach (Pinchback) brings to the table as a basketball mind, how he how he works with kids … it's contagious, you want to be around it. And so, when I had the opportunity to come and be a part of it, it was a no-brainer.”

The pair is hoping to use the experience its gained from different coaching stops to make positive changes on and off the court for the Rattlers’ program. DeSoto won a UIL 6A state title in basketball and football in 2016. Pinchback was an assistant for the varsity basketball team while Napoli coached the freshman. The latter was also the varsity running backs coach for the football team.

The Eagles’ biggest strength on the court was their defense. Humble Atascocita was averaging 72.6 points per game in the 2016 playoffs before being stifled by DeSoto in the championship game, losing 73-54.

Both moved on to new schools in 2017, each getting to run their own teams; Pinchback to Kyle Lehman and Napoli to Gorzycki Middle School in Austin. The former broke the school record for most regular season and district wins in 2018-19, finishing the year at 16-16 overall and 7-9 in league play. The team came one win short of making the playoffs, falling to Austin in a play-in game on Feb. 15, 57-49.

“He changed the culture at Lehman,” Napoli said. “They had pride about their program, their team. The kids that weren't part of the team felt they were part of the team … and now we're bringing that here.”

The coaches got to work with their new team for the first time on Thursday last week. They’ve seen more players come to school to work out every day since. Pinchback said he got “goosebumps” from some of the good things he saw in practice Tuesday.

The two want to win championships, but their main goal is for their players to have championship character. That, Pinchback says, is how they’ll judge their success. And now reunited, the coaches seemingly have the chance to do it.

“I've been trying to get this guy,” Pinchback said, referring to Napoli. “So it's the perfect storm and it's fixing to rain around here.”