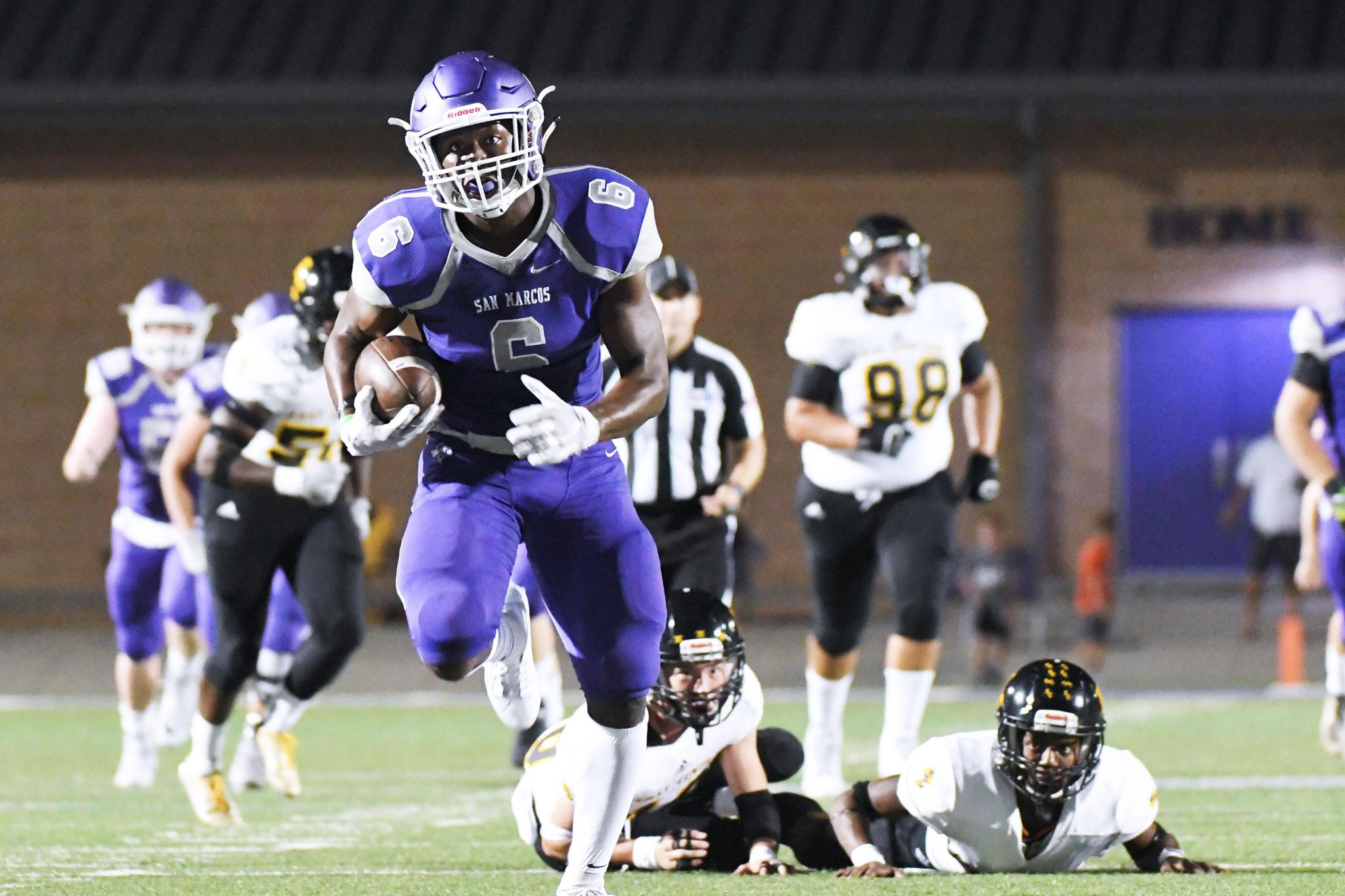 Rattlers ready for Cibolo Steele, second half of season

San Marcos used the bye week to strengthen themselves mentally and physically in order to get ready for Cibolo Steele.

After a week off for rest, the Rattlers will get their jerseys dirty once again and see players return from lingering injuries. The week of rest also gave the team a chance to look at themselves in the mirror and make adjustments to any problems that may hinder the team’s success for the rest of the season.

“I feel like it was more of a mental game going on during our bye week, so I think we got a lot of the mental part down” senior inside linebacker A.J. Gonzales said. “I feel like a lot of my teammates feel more confident in knowing what we’re supposed to do heading into this game.”

San Marcos (0-5, 0-2) has struggled to start the season but with the second half of district play starting this week, they will look to rejuvenate themselves in an important home game against Cibolo Steele (3-2, 0-2) this Friday night at 7:30 p.m.

Steele comes into Friday night’s game with a balanced offensive attack led by sophomore quarterback Wyatt Begeal. Begeal has thrown for over 1,300 yards, 11 touchdowns and three interceptions with an average QBR of 123.1 over five games this season. He is the leader of the team and as he goes, the team goes.

“They throw the ball really well, and they run the ball really well. (Steele has) got a great quarterback, who’s a great, strong, big kid in Begeal,” head coach Mark Soto said. “So we’re gonna have to be able to play in the secondary just as well as we’re playing upfront. They’ve got a huge line, with two big tight ends, so they can go ace formation across the board and try to move you. We’ve been working on our technique, making sure we stay downtown and play at pad level.”

Aggressiveness and the ability to swarm the ball on defense has been the strong suit of this team and with one of the top quarterbacks in the district coming to town, the Rattlers will have to find a way to put pressure on him throughout the night if they want to slow the high-powered offense down. It may seem all physical but it will be a mental challenge this week with the task at hand.

“They’ve gotta be relentless and we’ve gotta walk in there with our heads held up high and understand that we belong on this field. Steele is 0-2 and we’re 0-2 so it’s gonna be a dog fight. Both teams need to win bad.”

San Marcos will look for redemption from last year’s 45-10 loss they took at the hands of the team from Cibolo, but this time the purple and white will have the home field advantage and support of the crowd on its side.

“It means a lot to know our community is right there by our side and to know that no matter wins or losses, we always have someone there for us,” Gonzales said.

Soto’s message to the community includes staying confident in the hometown team and giving them a boost of energy when it’s needed throughout the game.