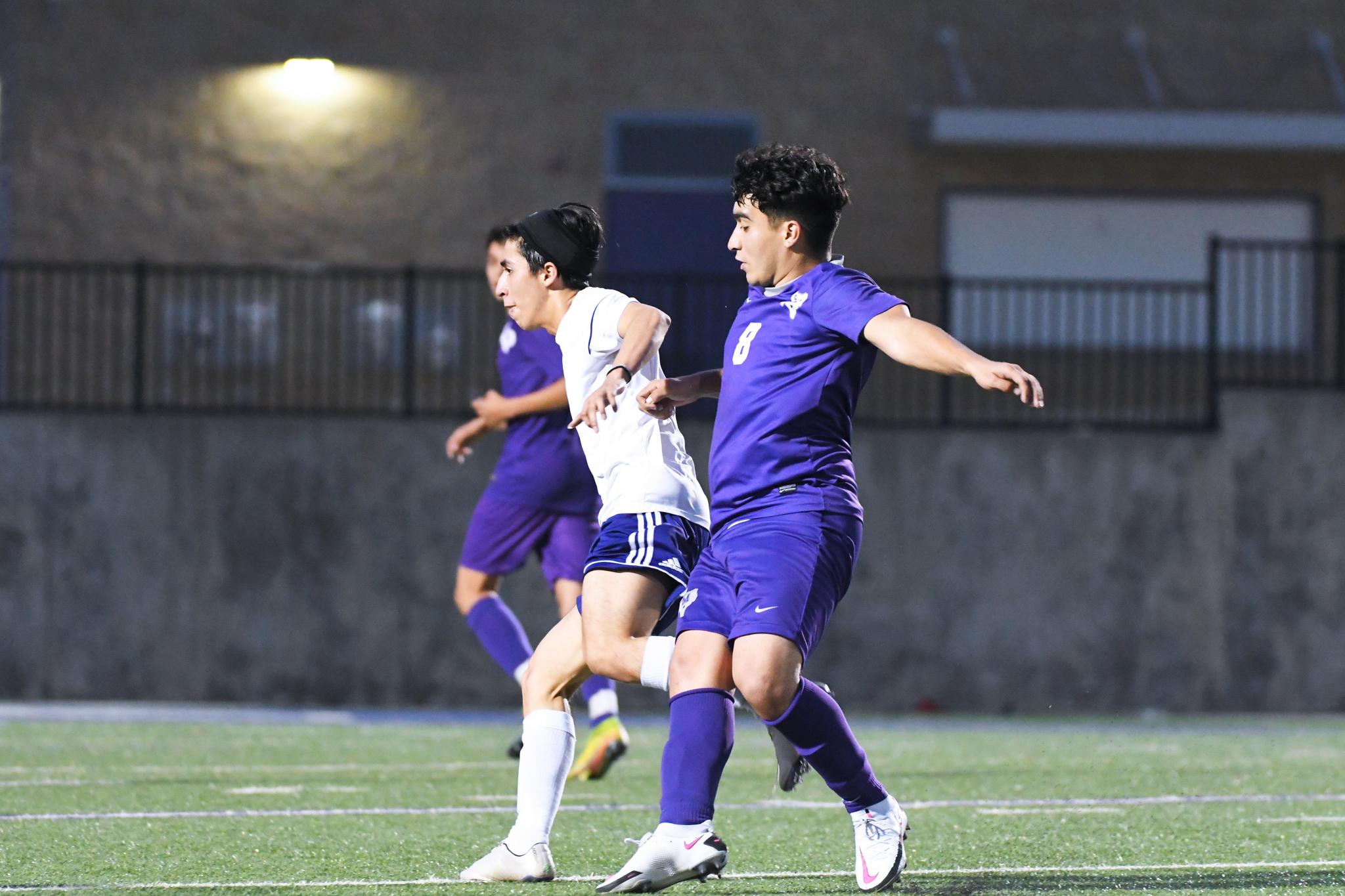 Senior Melvin Molina scored four goals during the match, one in the first half and another three in the second. Head coach Lisa Mazur said Molina has improved at being a better leader for the team this season and the senior has high expectations for himself in the final year of his high school career.

Senior Angel Vasquez added another score, fitting the ball just underneath the crossbar in the second half. It was Vasquez’s first time seeing the field since suffering an ACL injury his freshman year. Mazur said it was encouraging to see him play well and hopes to have his conditioning at 100% by the time district play rolls around.

“It feels good,” Vasquez said. “I’ve been playing since I was little. You know, it’s just a little setback for a major comeback.”

“I think he’s adding some good stuff to our team,” Mazur said of Vasquez. “He’s a very smart player, he sees the field … I think he’s going to be a good piece upfront, assisting with Melvin.”

Mazur feels like the Rattlers are in a good position to make a run at playoffs this season. She said the new District 26-6A is as tough as ever, but with seven returners she’s confident in the team’s ability to compete. Molina agreed.

“We’re gonna have to put a lot of effort in, a lot of effort, communication and that’s all,” Molina said. “We need every single player. We have like two starters off, but hopefully they come back for district and hopefully we get them back so we can work on that.”