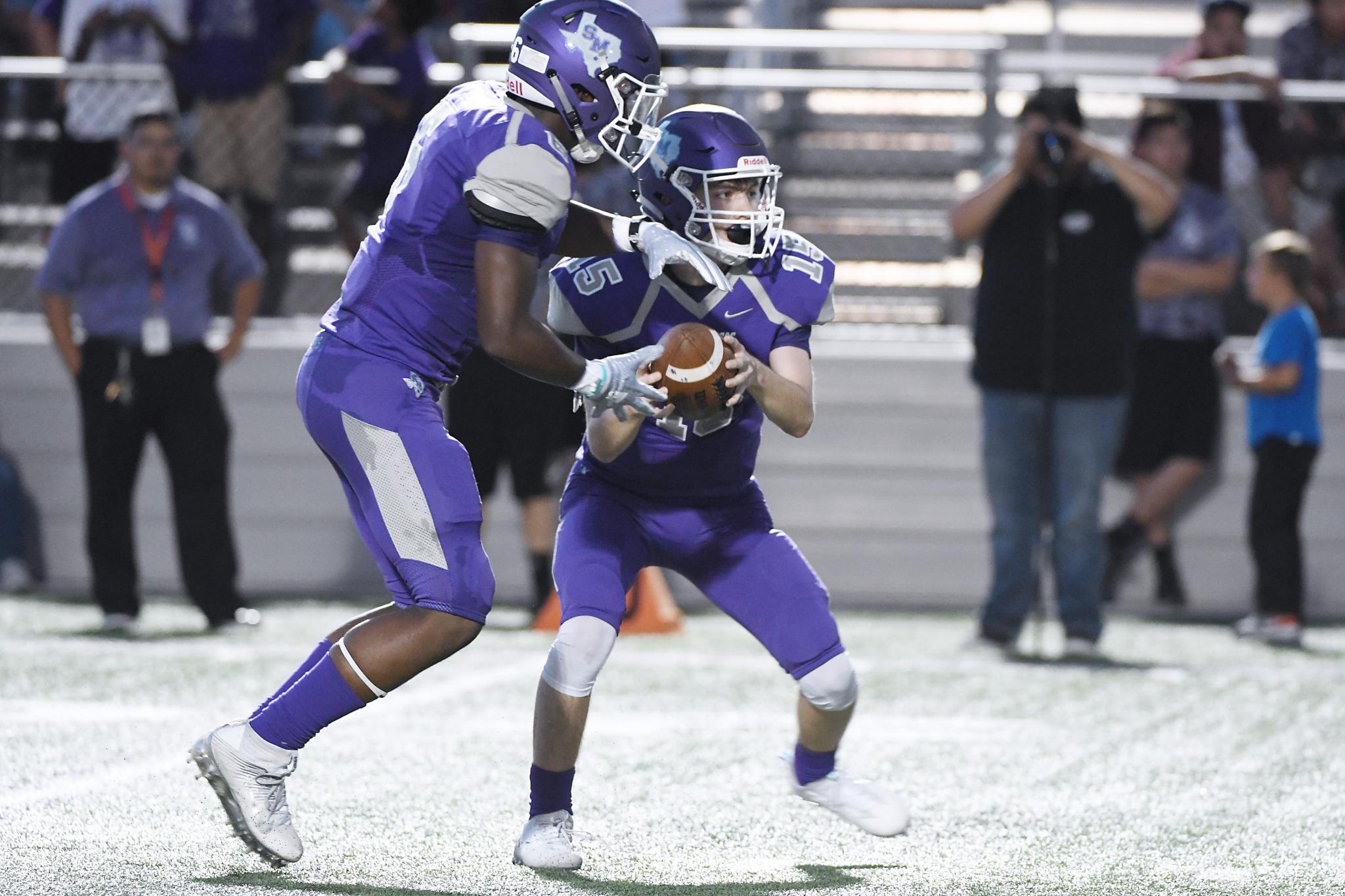 Keep the good, throw out the bad, find something better.

That’s been the mantra for San Marcos this bye week, as the team used its time off to prepare for the rest of the year.

There’s been plenty of good for the Rattlers. Senior running back Jamon Johnson is slashing defenses for a career-high 123.5 rushing yards per game. Junior quarterbacks Alex Garcia and Cameron Vidrine have combined for a positive 11 to 6 touchdown-to-turnover ratio. And the defense is averaging 4.4 tackles for a loss per game, up from 3.9 last year.

But there’s also been bad. And with a 1-4 record halfway through the season, there’s room for improvement.

Soto said the team spent the week trying to define what a successful season looks like for San Marcos. It could be winning a few more games. It could be making a run in the playoffs. It could be just enjoying the last few weeks of the season. It could be all of the above.

Whatever the case, it won’t be Soto’s decision. It’ll be the players’. The coaches will put their full efforts behind whatever the Rattlers choose. They’ve used the break to make sure the players choose wisely.

“The biggest thing we’ve started doing this week is more leadership training through the week,” Soto said. “We have a leadership curriculum that we use, a motivational curriculum that we use. We’re kind of getting more in-depth with some worksheets and some discussions and things like that ... And just kind of sharing with them ideas from other places that will help us get back on track where we need to be.”

There’s still time for the team to get back on track. And after trudging uphill through the first part of the year, San Marcos might see its schedule begin to level off.

The Rattlers’ first five opponents have five losses combined. Their remaining five have 13. Two of the schools they lost to —  Buda Hays and Converse Judson —  are undefeated. Each of San Marcos’ remaining opponents have at least two losses.

Soto is optimistic he can lead the Rattlers to accomplish any goal they set for themselves. The question lingering over the San Marcos’ second half of the season is what exactly those goals are.

“By no means is the season over,” Soto said. “We win five games, you’re fine. You win the right four games, you’re fine. So, (we’ve) really got to hone in on what this bunch really wants to get out of their season. And once we know that, then we can drive the car that certain way.”