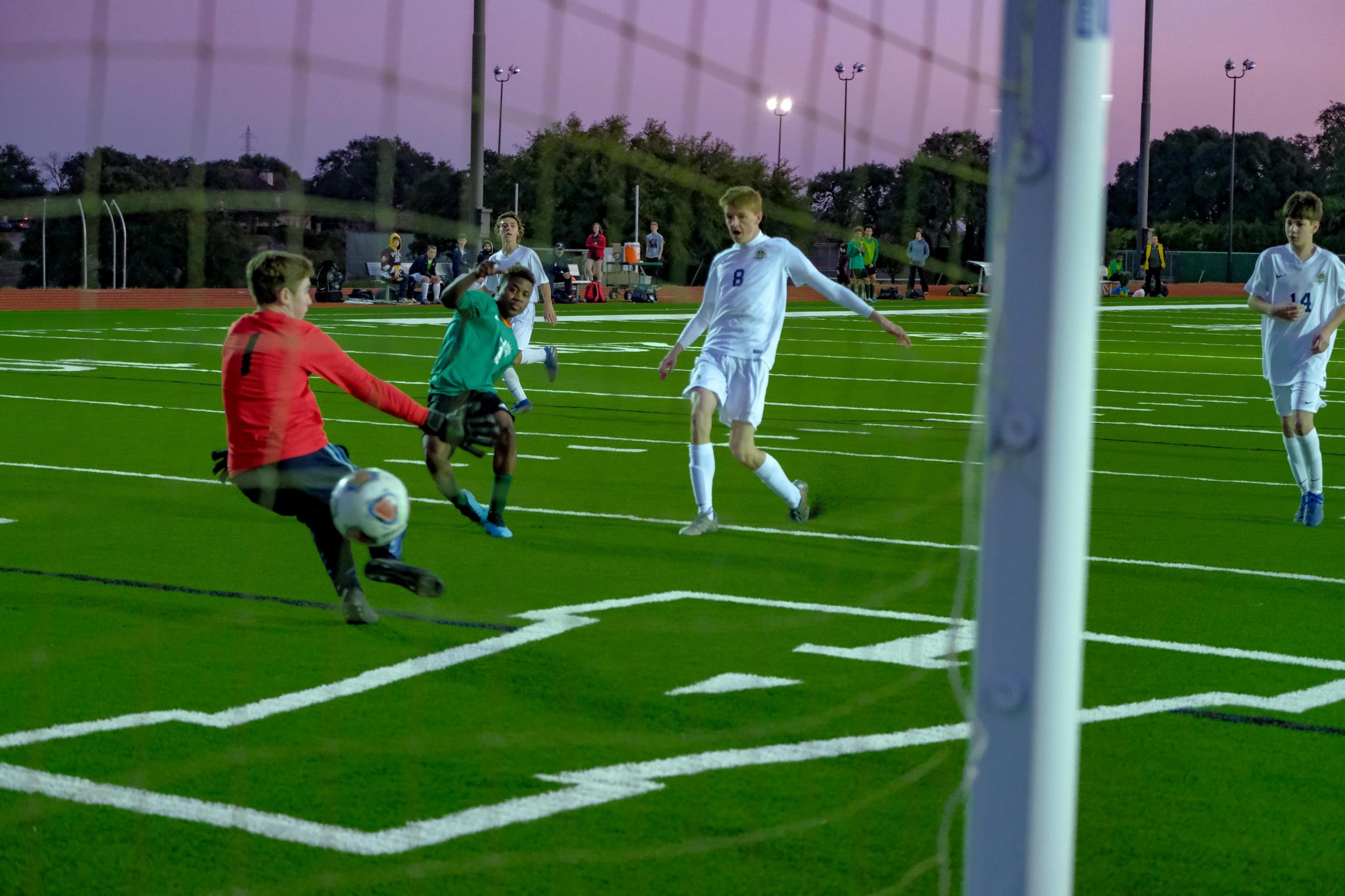 All things must come to an end, even the good ones.

Austin Lee, Micah Burton, Jesse Osimetha, David Shui, Fizzy Ipidapo and Ayo Adenkunle all were honored before the game when San Marcos Academy celebrated its senior night as the team heads into the final stretch of district play. It was very sentimental for the players due to the relationships built with each other while playing together over multiple years.

“I’m feeling kinda sad,” Lee, the team captain, said while holding in tears. “Man, me and (Ipidapo) have been playing on the same soccer team for five years now.” Lee looked around to soak in the moment with his team before he let out three words that hit home for him and his brothers.

On the field, The Bears have been running through the competition like a bad lunch, averaging six and a half goals per game en route to a 10-1 year. They have scored three or more goals in every game this season and on Thursday night it was no different when they took down Boerne Geneva 8-0 at home.

Head coach Corey Schade explained what makes this team so dangerous on the offensive side of the ball.

“We just look to possess the ball,” Schade said. “My motto is the more we have possession of the ball, the less the other team does. And we’ve got skill from our strikers all the way to our defense. A lot of our defensive players are midfielders, which allows us to push up, get a lot of chances and just play possession football.”

The first of eight goals on the night came at the 18-minute mark as junior forward Muassiri Almeida squeezed through the defense and let off a powerful kick that hit the back of the net with no contest. The goal set off a chain reaction of scores from the Bears, who went on to score two more goals before halftime, giving them a 3-0 lead.

In the time of a camera flash, San Marcos added back-to-back goals to the scoreboard between the 26th and 27th minute of the game. As the second half waned on the seniors got more and more playing time in some of the final moments of their careers.

“I think we’re doing well moving the ball no matter who is in and we all know how to score,” said Ipidapo. And with the subs coming in, he was right as the Bears kept the pressure on Geneva’s defense.

Down the stretch, the green and purple kept using their speed to get past the defenders for the visiting team. Junior Ebuka Onejeme executed that while using a burst of quickness to put in the seventh goal with four minutes left in the game.

With the score out of reach for the visitors, the seniors tried getting Lee the ball in order to help him secure his first goal of the season. When he finally got a cross that looked like it was perfectly placed for the senior to make a play, Jesse Osimetha came flying in and scored while sliding on the ground securing the 8-0 win. Lee did not get his first goal but Schade expressed his pleasure with the team's play.

“The seniors had a lot of fun,” Schade said. “A lot of them got a lot more playing time than they usually did and we were trying to get Austin a goal. You can see how hard they’re trying to do that, screaming for him but I mean I was just happy for them, they just had a lot of fun out there.”

Six different Bears found the net in the win in Almeida, Evan Schawe, Onejeme, Osimetha, Sean Figel, and Inaki Infante. San Marcos Academy (10-1) returns to the field after a day of rest when they take on Pharr Oratory at 12 p.m. this Saturday. The Bears remain a perfect 6-0 at home with their last home loss dating back to Jan. 18 of last season.

“We just want to play for our fans. We want to control this field,” Schwabe said. “We want to make sure everyone that comes here knows they are not going to get a win here and just doing everything we can to play our hearts out at home. Still play hard on the road but we want to make sure that our fans are proud of us and that they continue to come out and support us and help us get these wins.”