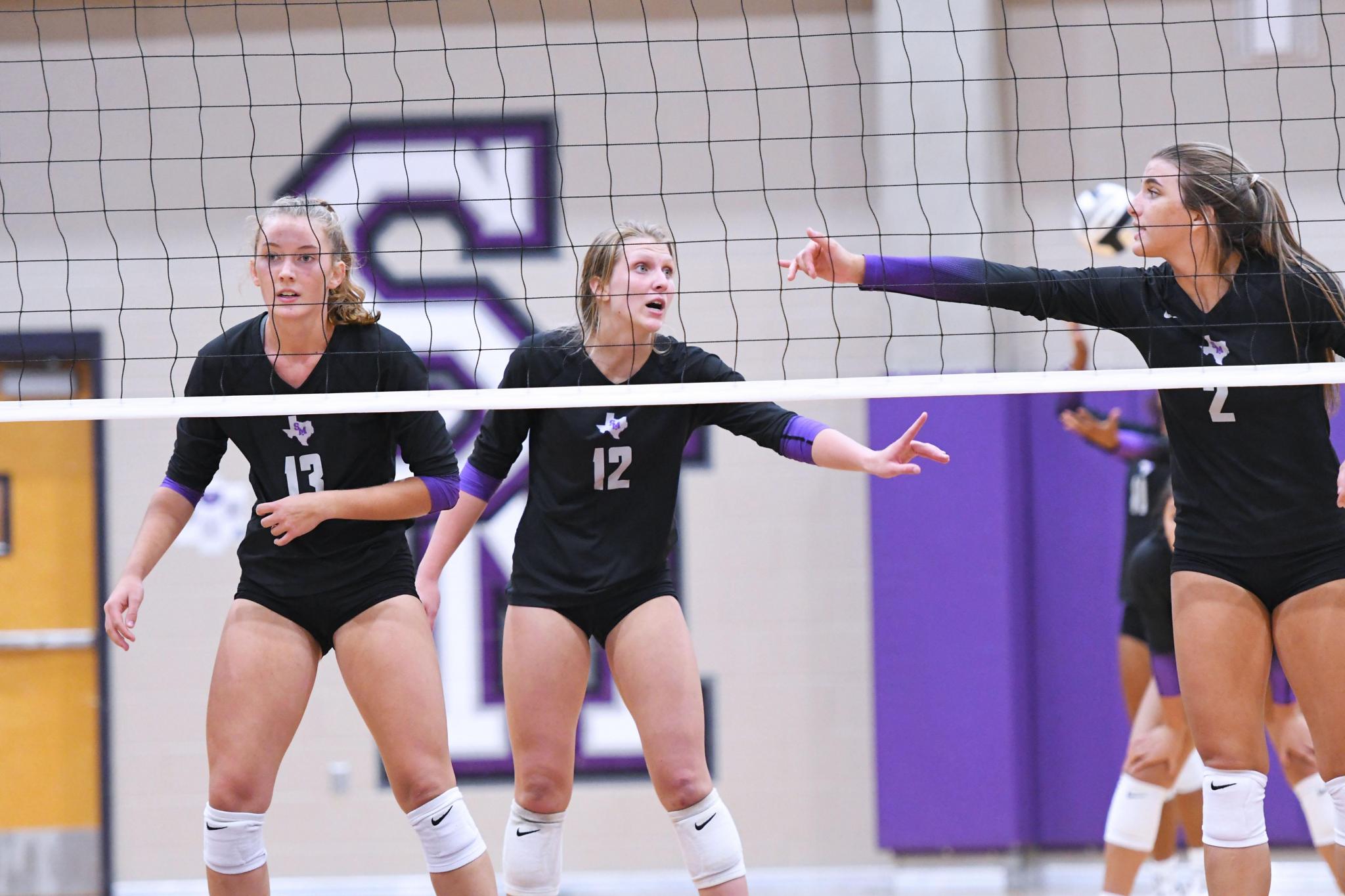 San Marcos bounces back in sweep of Austin Bowie

Coming off the Lady Rattlers’ “toughest loss” of the season, head coach Jared Te’o watched film looking for ways to give the team a new edge. He settled on switching his rotation to a 6-2.

“It kind of gives us a little bit more offense and then kind of eases up the role that the setters have to do, so they don't have to play front row or worry about blocking and kind of just focus on setting,” Te’o said. “So that kind of helped and it kind of moves our outsides next to different middles now, so it kind of changes the matchups a bit — which, we'll see if it pays dividends.”

It did against the Bulldogs (11-20, 2-6 district) on Tuesday. San Marcos (29-8, 5-3) cruised past the home team in all three frames, led by a surprising name: senior outside hitter Sara Delgado, who finished the night tied for a team-high 10 kills on a .53 hitting percentage.

Te’o said he was hesitant to expand Delgado’s role at first. The Lady Rattlers’ front line is already undersized and at 5-foot-6, Delgado doesn’t solve the issue. But switching to a 6-2 meant giving one of his hitters more time on the floor and he felt most confident with the senior.

She responded with a career-high in kills. Te’o said it’s the first time since he was hired at San Marcos that somebody other than senior outside hitters Maggie Walsh or Joselyn Roberson led the team in that category.

“Sarah has been killing it and she works super hard, she hits the weight room hard. She has been a great teammate and a good bench player for us and she's got in quite often and has always done well,” Te’o said. “She's been doing the things in practice and, regardless of her height, we've got to try to look at something else, especially the two rotations we get stuck in. So she did a really good job.”

San Marcos is encouraged by the progress it’s seen since last season. The purple and white didn’t win a single set against the district’s top three teams — Austin High, Lake Travis or Westlake — in 2020.  They took all three schools to five sets this year in the first district cycle.

“Last year, it was really easy to inspire (the players) because we were underdogs, so that was just like, kind of intrinsically always there for them,” Te’o said. “This year, it's been kind of like pulling teeth to try to figure out some way to keep them inspired and working hard but also not push too hard, which I think is kind of what I've been doing. So I just kind of thought long and hard about what I could do to try to get us over the hump for the next couple of matches and second half a district and then, honestly, just to make sure we're ready for playoffs.”