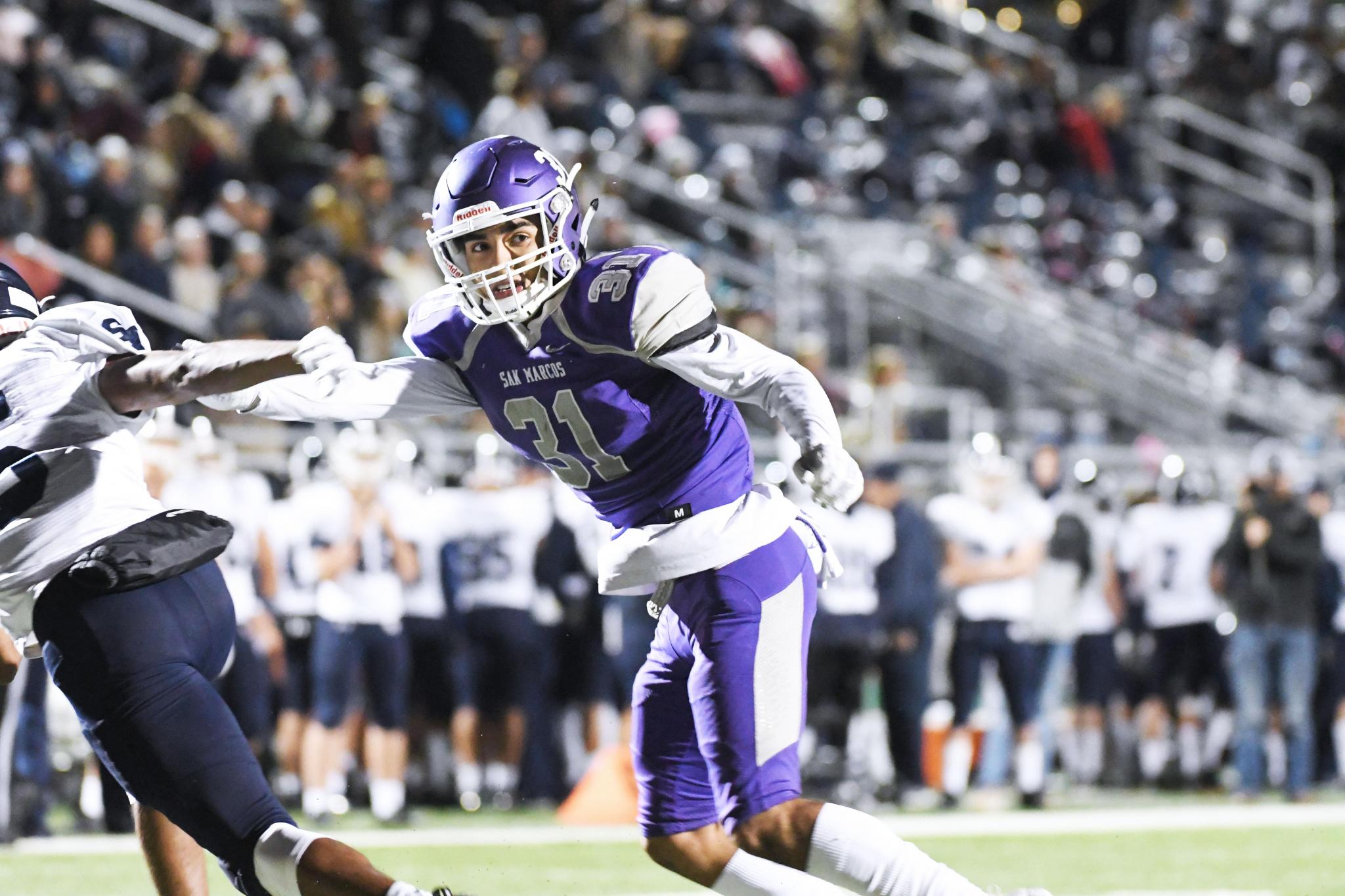 Stopping the run is key.

San Marcos (0-9, 0-6 district) closes regular season play in its final road game this week in a rematch of last year’s season finale against New Braunfels Canyon (0-9, 0-6), which ended in a 49-21 loss for the Rattlers at home. Both will look to pick up their first win of the season.

The Cougars come into this game averaging 201.1 rushing yards per game and have four running backs that have over 150 rushing yards on the season. The ground game has been the most important task for the hosts this year, using a committee of running backs, giving each one a chance at a breather and allowing the next to come in and gain some positive yardage. Junior running back Micah Williford has 100-plus rushing games in each of the last three weeks on 5.0 yards per carry.

“Low pads win, from the (College Football Playoff) all the way up to the NFL,” head coach Mark Soto said. “So we gotta get our pads level and we have to tackle well because they are going to run the ball.”

Offensively, the purple and white butt heads with Canyon’s defense, which has one interception on the season. The connection between senior quarterback Alex Garcia and wide receiver Takai Madgett will continue to be the focal point of the visitor’s offense on Friday night. Madgett is coming off of a career-high 17 catches in last week’s game and will look to build on that. The senior said the only way to increase his production from last week was to add a score to it. Meanwhile, Garcia is completing over half of his passes this season as the starter and has been the leader this team has looked to all season.

“This is Alex’s offense and he’s running it to a T. He’s a real quick decision-maker and gets us out of bad calls when we need to,” Soto said. “I’m impressed with his efforts as a senior. In his senior year, he’s supposed to play the best ball and both of them are playing their best ball.”

The Rattlers travel to New Braunfels for Friday night football in Texas for the last time this season. San Marcos takes on Canyon at 7:30 p.m inside Kimbrough Memorial Stadium and whoever can jump out early will have the advantage in this matchup.

“I think it’s imperative. I think the team that gets the fast start is going to win the game Soto said. “We’re gonna get ready to go fight and win. It’s always hard on your last week because you only have a week left with your seniors and a week left with the 2019 Rattlers. It’s a little bittersweet. You gotta sit there and take it in, and make sure you’re hugging the kids up and spending some good quality time talking to them and those types of things.”