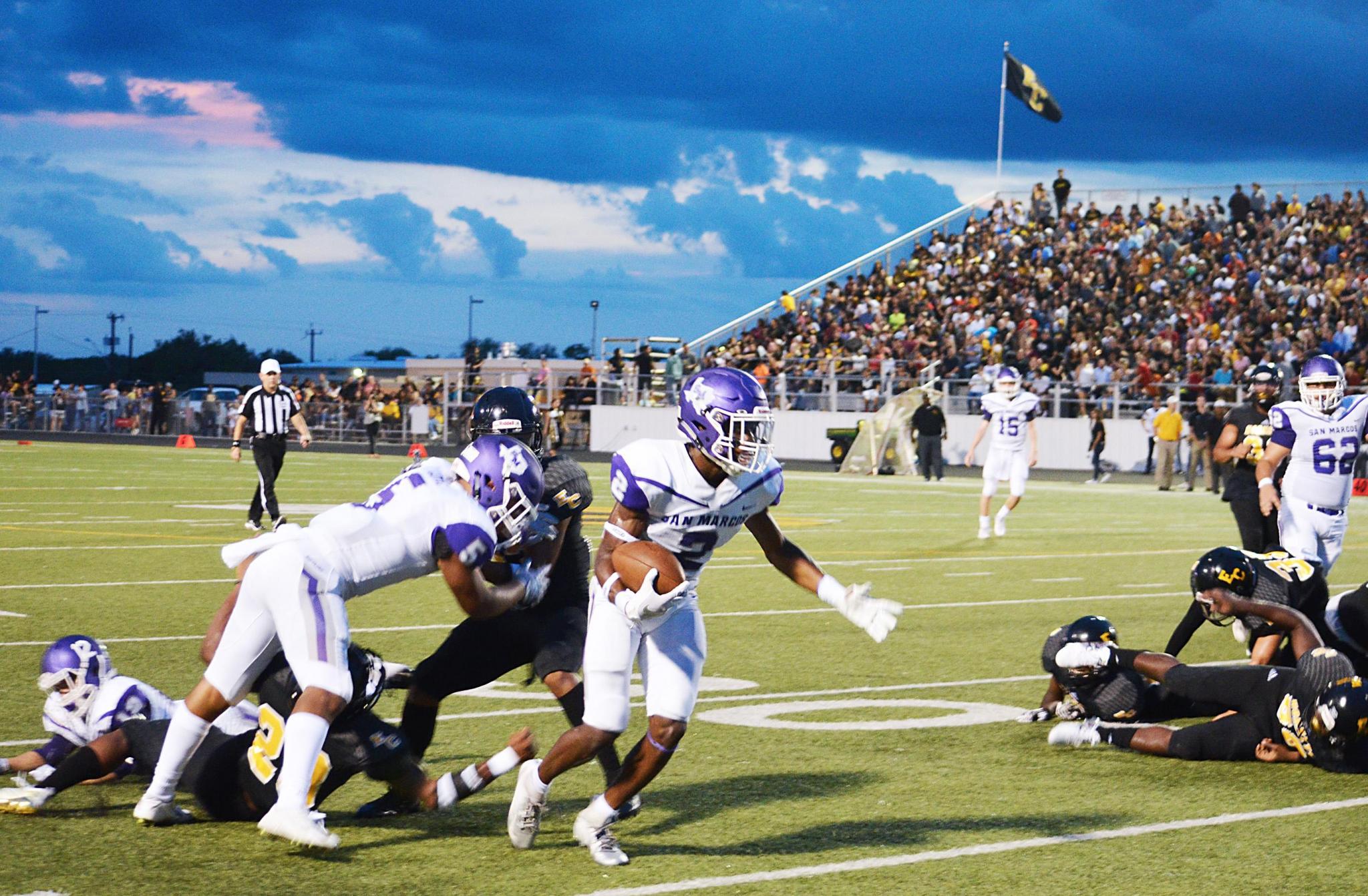 SAN ANTONIO — San Marcos had reason to be confident.

The team just came off its first win of the season, coming from behind to defeat Laredo United, 50-49, on the road and were matching up with a familiar opponent in East Central.

But despite holding a 3-1 advantage against the Hornets over the past four seasons, the Rattlers fell in their district opener on Friday night, 31-21.

“We didn’t carry anything over from last week,” head coach Mark Soto said. “It’s ground zero. We’ve got to start all over.”

Both teams got off to a slow start in East Central Stadium, neither team able to put points on the board in the first quarter. The Hornets ended up striking first, with senior quarterback Austin Trainer finding senior wide receiver Adrian Zapata for a 12-yard score.

San Marcos was held to a three-and-out on the next series and East Central punched into the endzone with its next possession, this time with a 6-yard run from junior running back Deangelo Rosemond.

“We didn’t come out to win the game,” Soto said. “We came out to try to figure out if we could play with them or not.”

The Rattlers leaned on Jamon Johnson to get them back in rhythm. They fed the senior running back ten touches on the next drive as he ate the opposing defense up for 69 yards, the last one for a 4-yard touchdown rush.

The Hornets scored one last field goal just before the end of the second quarter to go up 17-7. San Marcos was still in a relatively good position to take back the lead. The team trailed 35-16 at the half against the Longhorns and still wound up winning the game.

But after inclement weather prolonged the halftime, the Rattlers didn’t come out with the same fire that they had in Laredo. Senior running back Michael Stephens burned San Marcos for a 59-yard touchdown run in East Central’s opening drive of the third quarter.

“Effort and enthusiasm, that’s what we could’ve done better,” Soto said. “It’s what we tried to practice all week long.”

Though the team did keep the Hornets from scoring during the final quarter, the Rattlers were never able to recover, losing 31-21. The loss drops San Marcos to 1-3 overall and 0-1 in district, elevating East Central to 3-1 and 1-0.

The team will look to recover next week back at home as they host Converse Judson (3-0, 1-0) next Friday at 7:30 p.m. inside San Marcos Toyota Rattler Stadium. Soto hopes his team can find its footing.