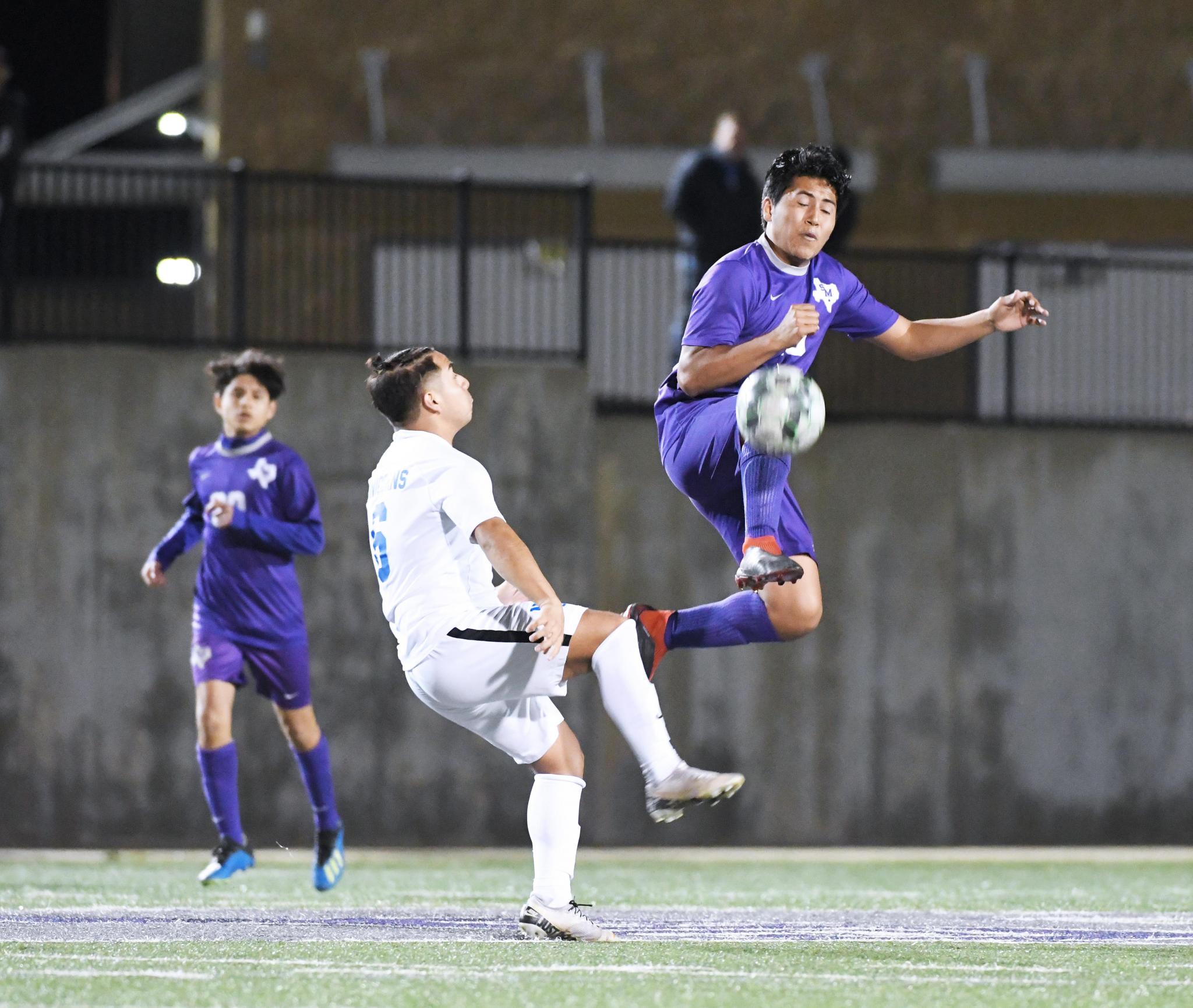 Something switched in New Braunfels’ attack.

San Marcos head coach Lisa Mazur described the Unicorns as “a different” New Braunfels team from the last time the two sides faced off. The visitors showed off their speed and precision at the net for most of the night.

San Marcos (7-9-5, 4-4-4 district) went into battle without its leading goal getter, junior forward Melvin Molina. The junior sets the tone offensively for his team but without him, the team searched for someone to take the scoring role in his absence. No one did, resulting in a 6-0 loss to New Braunfels (10-6-3, 7-3-2) at home.

“Obviously it did affect us tremendously,'' Mazur said of not having Molina out there. “New Braunfels played very aggressive. (They) changed their formation, changed their lineup and it seemed to work very well for them. They were on.”

For a 10 minute stretch in the first half, the Unicorns put together a flawless performance giving them a 4-0 lead heading into halftime.

“They were moving the ball around a lot so they were possessing the ball a lot more than they usually do and they were using their technical skills. They’re very technically sound,” Mazur said. “So they were just kind of making us run and chase and so we couldn’t run and chase. We didn't match their aggression. They were aggressive and good. We got beat by a good team.”

Less than five minutes after scoring his first goal of the night, New Braunfels junior forward Christian Rodgers received a pass from a teammate. With 13:46 left in the first half he stopped the ball in midfield looking around for a lane to attack but instead of a lane, he found an island of space with no one around him. The forward let off a shot from 30 yards out, hitting the top-right corner of the net.

Rodgers turned into the assist-man later in the first half on a corner kick that led to a header, extending the Unicorn lead, 4-0.

The hosts had opportunities to score as well but they weren’t able to capitalize on their looks. The best look came with 33:33 marked on the clock in the latter half of the game. Senior midfielder Jeremiah Banda tried to show his range but he couldn’t get it past the outstretched arms of the New Braunfels goalie, who made an incredible save.

New Braunfels scored two more times on one-on-one chances on the left side of the field. The skill the visitors displayed rewarded them with the ability to blow past their defenders and consistently score goals in the 6-0 win.

San Marcos gets Molina back when they travel to Spring Branch for their final road test of the season against Smithson Valley at 7:15 p.m.

“It doesn’t get any easier, I’ll tell you that,” Mazur said with a smile on her face. “So we’re just gonna have to go back to the drawing board and figure out a lineup that’s gonna work for us. And with Melvin coming back, we’ll get a little bit of his energy back on the field. I think we will hopefully be okay.”