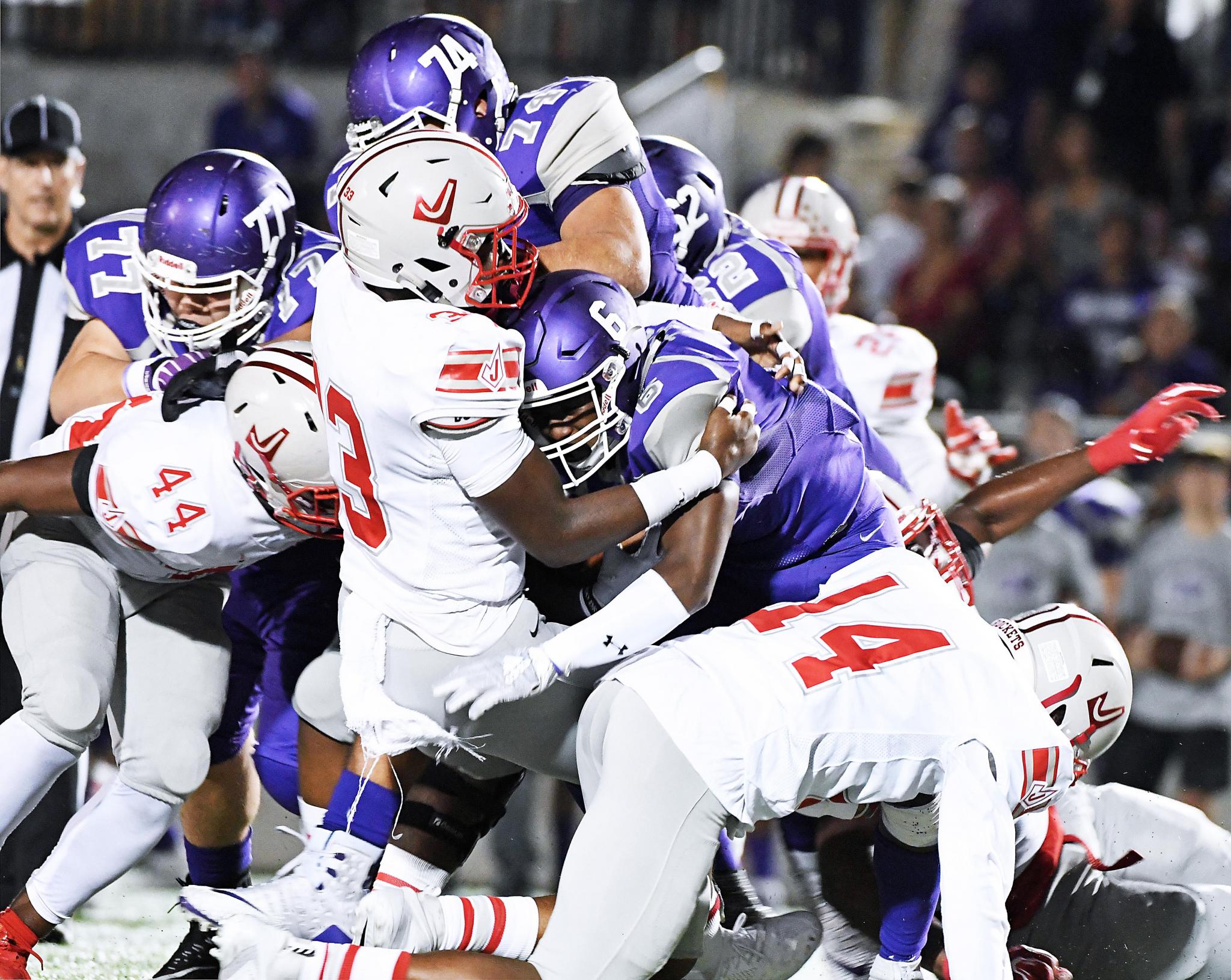 San Marcos had them pinned.

Late in the first quarter with the Rattlers down 20-0, junior punter Alfredo Hernandez booted a punt down to Converse Judson’s own 1-yard line. Junior quarterback Mike Chandler II could feel the Rattlers’ pressure, scrambling around the endzone and missing on his first two throws of the series.

But on 3rd and 10, Chandler found senior running back Rashad Wisdom over the middle who zoomed down the field for 89 yards before being knocked out of bounds.

San Marcos bent, but it didn’t break. It held senior running back Roderick Johnson to five yards rushing on the next two plays, forced another incompletion on third down, then blocked the Rockets’ 21-yard field goal attempt on 4th and goal.

The drive embodied what took place in San Marcos’ 47-7 loss to Judson on Friday night: a perennial powerhouse going up against a team that refused to lay down.

“I thought our kids played very hard,” head coach Mark Soto said. “To look a No. 5 team in the state in the eye and say ‘Let’s go,’ I’ll take that.”

The Rattlers faced adversity throughout the game, on both sides of the ball. Junior quarterback Alex Garcia exited the game early in the first quarter after taking a big hit and was replaced by fellow junior Cam Vidrine. Later, sophomore outside linebacker Moses Alva was carted off the field at the end of the first half.

But the team kept fighting. After giving up 40 points in the opening half, San Marcos only allowed seven in the second.

“Without a doubt, I thought they played the whole night,” Soto said. “They didn’t quit.”

Toward the end of the third quarter, the Rattlers got the chains moving. Vidrine started the series with a 12-yard toss to senior wide receiver Mhyson Williams, his first catch of the evening.

Juniors Christian Caballero and Diego Cruz combined for 21 yards on five carries, and another 4-yard reception from Williams pushed the offense to 1st and 10 on the Rockets’ 34. Vidrine dialed up Williams one last time for a 34-yard floater to the right corner of the endzone.

But the Rattlers are now in a bye week and will look for ways to keep up the same amount of fight through the rest of the year.

“We’ve got an open week, so (we will) heal up a little bit, we’ve got some bumps and some bruises,” Soto said. “Go back and look at what we’re doing, evaluate what we’re doing and take the good stuff. And the stuff that’s not working right now, just throw it out and find something better.”