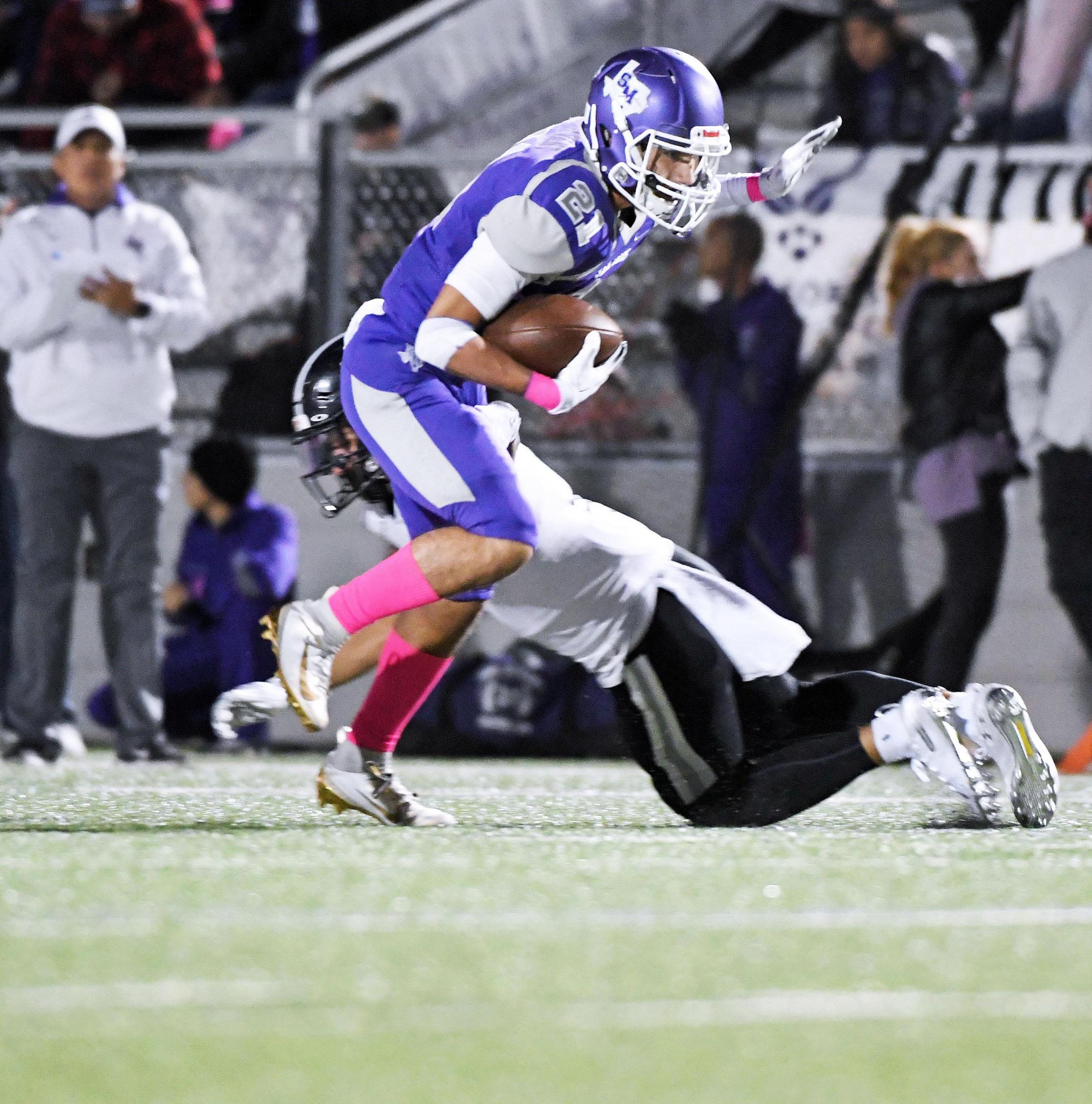 San Marcos fights through turnovers in loss to Cibolo Steele

San Marcos (0-6, 0-3 district) came off of a bye week fresh and, for the most part, injury-free after taking some time off to recover. Even with the rest, Cibolo Steele (4-2, 1-2) was able to come into San Marcos Toyota Rattler Stadium and wear down the hosts’ defense with its ground attack.

The purple and white got on the board first as the team has done in all of its district games so far, but Steele retaliated by scoring 56 unanswered points to finish the game out, 56-3.

Both teams left the scoreboard empty on their first drives of the night. On the Knights’ second drive, the Rattlers picked off the district's leader in yards per game, to start on their own 18-yard line. Sophomore running back Benito Canales received three consecutive carries but wasn’t able to punch it in, forcing San Marcos to settle for a field goal.

Steele didn’t take long to respond. On the first play of the next drive, senior running back De’Quavion Thomas broke out for the first of his three touchdowns from 29 yards out, giving his team the lead. The Knights went for the two-point conversion but came up short, leaving them stuck at 6-3.

The second half the visitors’ defense picked it up, forcing the Rattlers into four more turnovers to add to their total.

With the lead at 28-3 going into halftime, the visitors came out ready to deliver the finishing blow to the Rattlers. Steele recovered a fumble on the opponents’ 49 allowing freshman running back Jaydon Bailey to burst down the middle of the field for a 51-yard touchdown.

They scored 21 points on three turnovers in six minutes to extend their lead.

Steele added one more touchdown securing the road victory and its first win in district play.

Head coach Mark Soto didn’t blame the cold weather for the lack of ball security, but did note the Knights made it tough for the team.

San Marcos will be at home again when it takes on Shertz Clemens next Friday at 7:30 p.m. The Rattlers will still be on the hunt for their first district win with another tough opponent coming into town.

Canales, San Marcos’ leading rusher, went down with an injury midway through the second half. The Rattlers will continue preparation for next week as if he won't be available.

“It definitely affects us, he’s our starting running back. We’ll just look at getting somebody in there to fill the hole. It’s a big hole for us.”