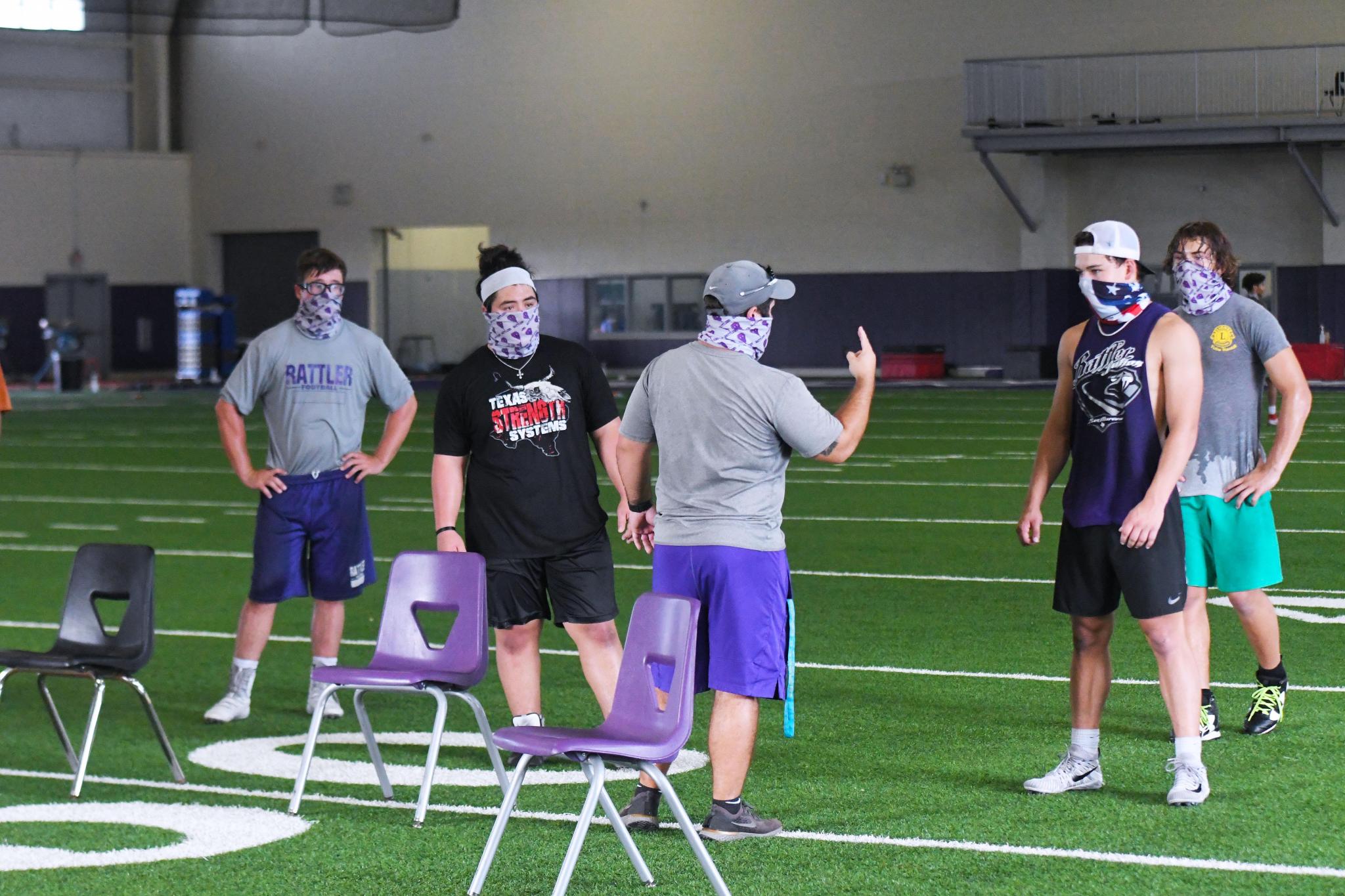 San Marcos Football replaces pair of games on its 2020 schedule

Under new UIL rules, the first day for football games is now scheduled for Sept. 24, with the district certification deadline being moved to Dec. 5. The move allowed the Rattlers to swap out a few of their opponents for the upcoming year.

San Antonio Holmes and San Antonio East Central, who would have faced San Marcos on Sept. 4 and Sept. 11, respectively, have both been removed from the 2020 schedule and replaced by Lockhart and Round Rock Cedar Ridge.

The team’s 2020 season will still begin with a home matchup against New Braunfels, the kickoff date now being moved to Sept. 25. The Rattlers will now head to Lockhart in week two of the season to take on the Lions on Oct. 2 before beginning district play in week three. San Marcos will play its District 26-6A opponents in the same order, beginning with a road game at Lake Travis on Oct. 9, followed by home games against Austin Westlake on Oct. 16 and Buda Hays on Oct. 23, a road game at Austin High on Oct. 30, a home game against Austin Del Valle on Nov. 6, a road game, following a bye week, against Austin Bowie on Nov. 20, and the last home game of the year against Austin Akins on Nov. 27.

Cedar Ridge will serve as San Marcos’ final opponent of the season, a road game for the Rattlers on Dec. 4. Thomas Jones of the Austin American-Statesman reported that the contest could serve as a makeup district game if both the Raiders of District 25-6A and Rattlers have one or more of their league play games canceled during the year, but will otherwise be a non-district game.