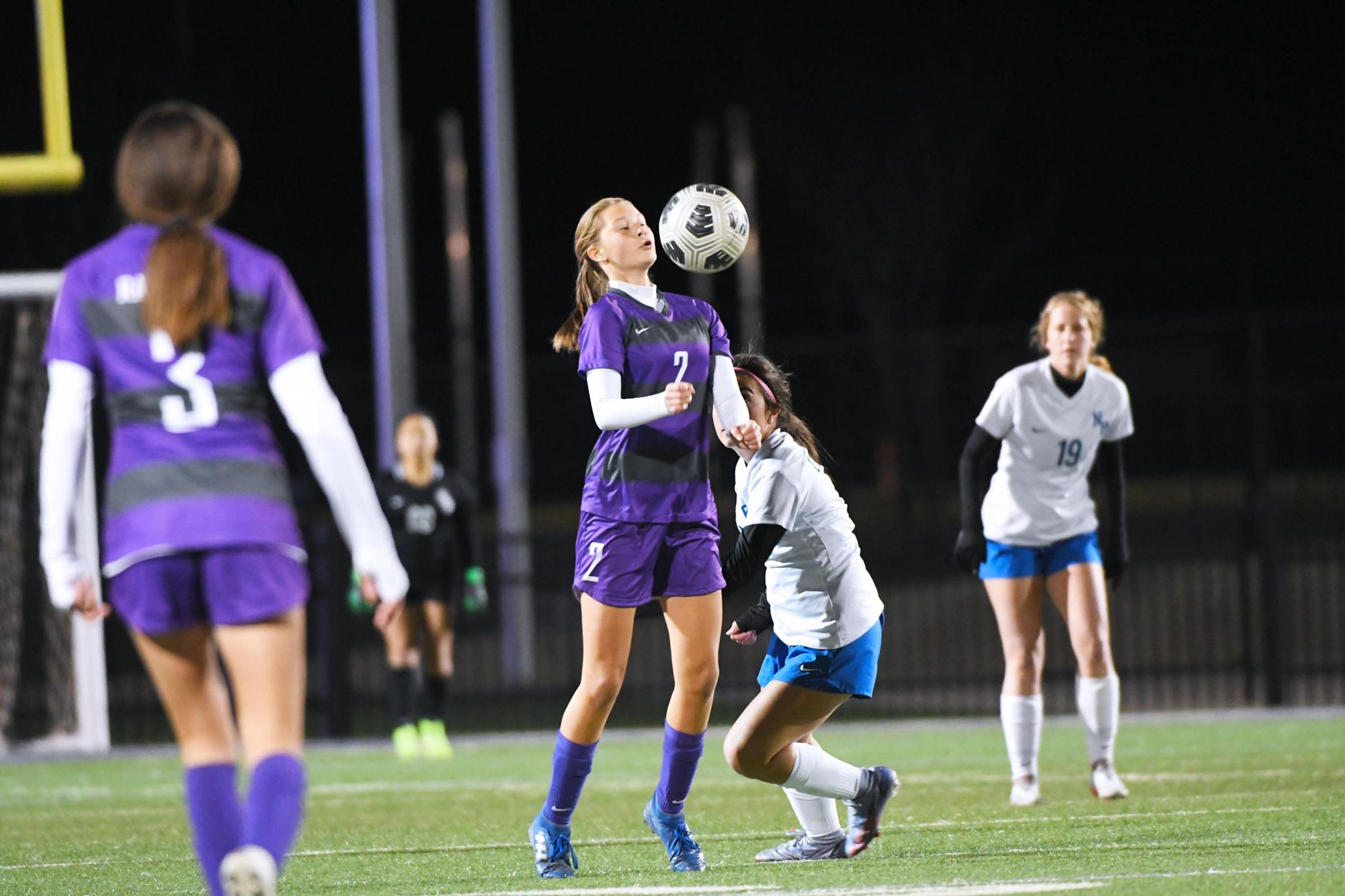 The Lady Rattlers squared off with former District 26-6A rival New Braunfels inside San Marcos Toyota Rattler Stadium. The teams kept each other off the scoreboard throughout the first half, with junior goalkeeper Caitlin Tims making some important saves for the purple and white.

Both teams found the back of the net in the second half but the Lady Unicorns came out on top, taking a 2-1 win.

“It's a heartbreaking loss. It was a good battle,” Hormuth said. “I think it was just two good teams battling together. And I think that they got the first goal and I was just telling the girls, like, I couldn't ask for any better response.”

Less than six minutes into the second half, New Braunfels (5-3-1, 0-0 District 27-6A) got the ball up to its forward inside the box, who dribbled past a pair of San Marcos defenders and slipped a goal into the left side of the frame for the first score of the night.

It took the Lady Rattlers (1-5-1, 0-1 District 26-6A) just 20 seconds to answer. The hosts worked the ball up the right side of the pitch, eventually finding freshman Annalise Martinez — who Hormuth affectionately calls “Marti.” A New Braunfels defender tripped Martinez just as she entered the box, resulting in a penalty kick for San Marcos.

Hormuth, a first-year coach, said that she hasn’t yet worked with the team on shooting penalties, but that she had full confidence in Martinez to make the shot. The freshman prevailed, slotting the ball in the bottom left corner of the goal to knot the game up at 1-1 with 33:46 left to play.

“Right from the kickoff, we went down their throats and Marti did a great job of drawing that foul in the box. And then I was like, 'she got the foul and she deserves to finish it.' So she did a great job,” Hormuth said. “I'm realizing we should probably (practice penalty kicks) before we get too deep into this season. But I mean, she's proven she can take care of it. And I mean, I think anybody on our team, if they focus, can make that shot.”

New Braunfels jumped in front again with a goal at the 14:12 mark and the Lady Rattlers weren’t able to recover in time, resulting in the 2-1 loss in their final non-district match of the season.

The purple and white return to district play on Tuesday, hosting Austin Westlake (3-0, 1-0) at 7:15 p.m. Hormuth is looking forward to playing in more matches with stakes.

“I think we had a lot of fun with this game. We had a lot of energy coming into it. And I want to keep that energy and keep that fun,” Hormuth said. “But like I said, just fine-tune, dial in on that focus and just know that everything moving forward means something and it's gonna help put us where we want to be, which is in playoffs. So yeah, it's just higher stakes and we love that.”