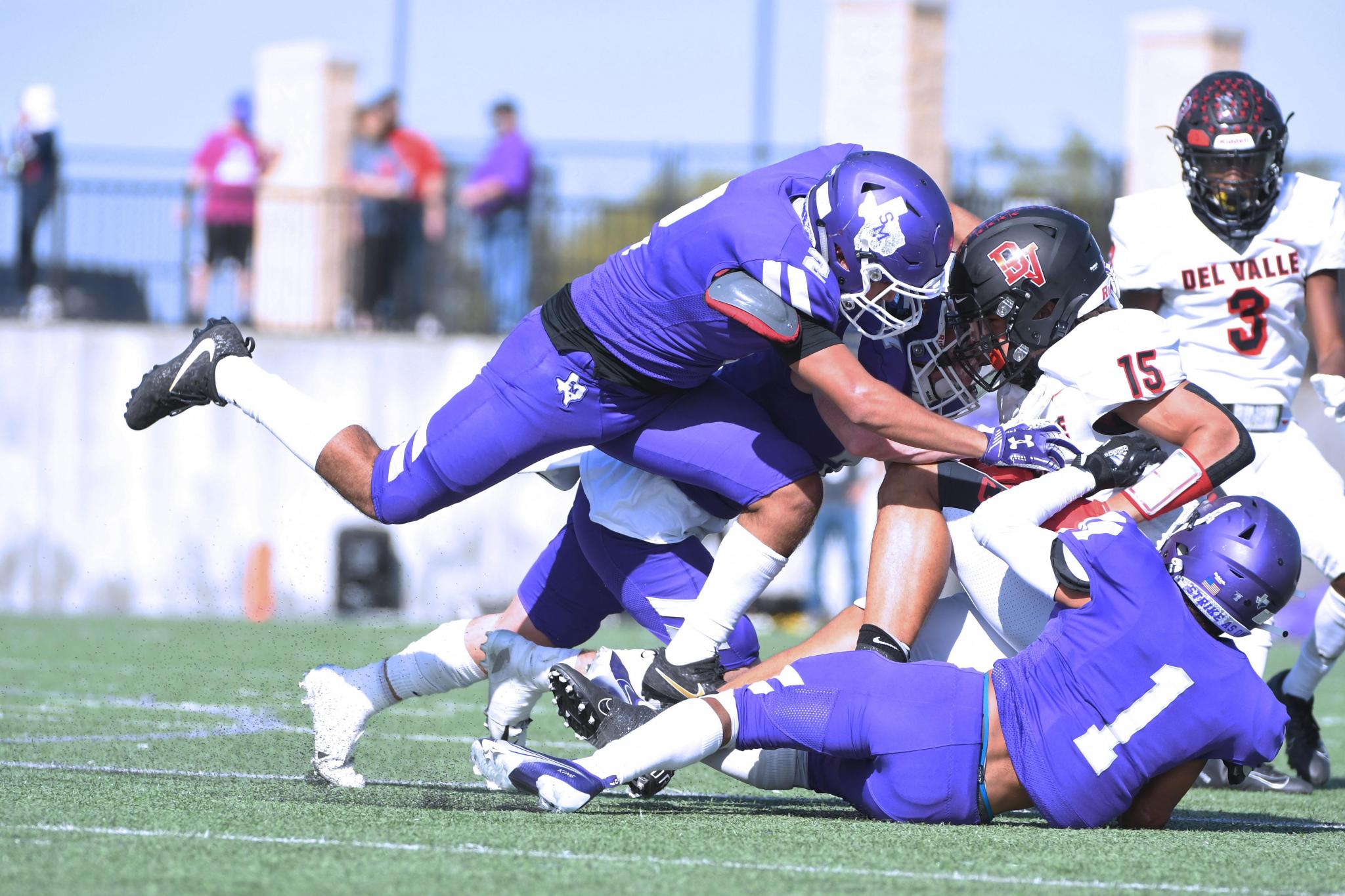 San Marcos (1-6, 0-5 district) has a short week to prepare for its final district road game of the season but with the bye last week, some of that extra time helped mentally and physically get ready to go full contact against Austin Bowie (2-4, 4-3) Thursday night.

The team started its regular practice schedule last Thursday, keeping its regular weekly practice regimen. Head coach John Walsh said the team came out energized this week and ready to go after getting some fun, technically-sound practices in.

“We kept the time on the field short so we don’t wear and tear on them. I think bye week is really important to make sure you’re getting fresh minds and fresh bodies and we accomplished that and along the way to implement your game plan early,” Walsh said.

A well-rested defense is imperative to success against Bowie’s offensive attack, starting with containing dual-threat junior quarterback Diego Tello. Tello has 100 completions this season on 16.2 yards per catch, meaning he will use his arm to air it out and he does it efficiently with a 17:5 touchdown-to-turnover ratio on a 69% completion rating.

His arm opens up the ground game for the Bulldogs. They have five players who have had a carry in five games this season, but their main back, junior Noah Camacho, handles 48% of the ground work, picking up 6.1 yards per carry.

“He reminds me of a guy I had last year, just a downhill, positive runner, strong. So stopping the run is going to be key like it always is,’’ Walsh said.”

Bowie is 2-0 when Tello and Camacho gain over 100 yards at their position and 0-4 when one of them fails to attain that feat.

Walsh did mention that this week is one of the toughest due to Bowie’s defensive scheme. It’s going to be up to the offensive line to stop the hosts’ penetration up front.

“Offensively it’s been a challenge for us because it’s the first 3-3 stack we’ve seen. Everything has been a 4-man front or a true 3-4 (defense),” Walsh said. “So our combos are different because they stack the mic on the nose with another linebacker but I do like how we’re fitting up and being real clean.”

Co-offensive coordinator Marvin Nash thinks there are some areas that his young offensive group can exploit in the game and build on the momentum they found in the Del Valle game. Sophomore quarterback Isaiah Deleon connected with four different receivers in addition to starting the pass game 7-11.

“With that defense, it kind of puts their defensive backs in a bind because they are going to have to make a decision whether they want to stop the run or contain from us throwing underneath to our slot receivers,” Nash said.

The Rattlers have a chance to play spoiler on Thursday as Bowie sits one game out of fourth place. A loss to San Marcos would knock the Bulldogs out of playoff contention with a game left on the schedule.

San Marcos is still hungry for its first district win and is looking to satisfy their hunger inside Burger Stadium, with kickoff set for 7:30 p.m.

“We always have that chip on our shoulder but we want to make some guys mad at us and in order to do that we have to beat some of those teams,” Nash said. “Our record might not say it but we have kept working and as long as we do that teams will start to get mad at us.”